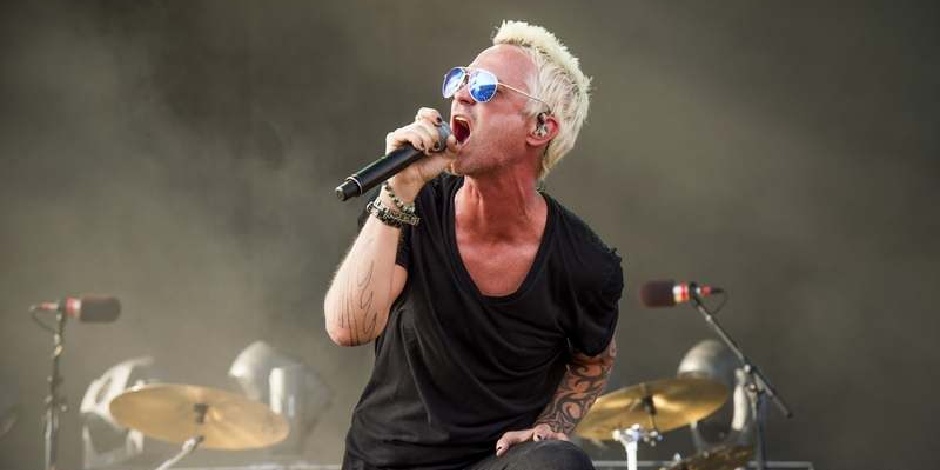 Jeff Gutt is an American-born musician, singer, and vocalist, famous for being the lead singer for the band Stone Temple Pilots. Since 1992, he is working actively in his music career.

Where was Jeff born and raised?

Jeff Gutt, whose real name is Jeffrey Adam Gutt, was born on 2 May 1976 in Marine City, Michigan, the U.S as a son of a father, Greg Gutt, and a mother, Adele Albert. He has one sibling named Daniel Gutt. Currently, he is at the age of 45, and his zodiac sign is Taurus, as he was born on 2 May.

Jeff holds an American nationality, and as per his ethnic background, he belongs to the White ethnicity.

Check out the latest updates on Actress and Singer Kim Basinger

Jeff grew up happily in a good environment. He spent his childhood living in St. Clair County. He is quiet about his family members and childhood as he likes keeping his personal life private. About his education, he attended Marine City High School, and he graduated in 1994.

As Gutt is very interested in music since his childhood, he and his friends formed a band named “Innerfaith”, where he was the frontman for the band. Likewise, other members of the band are Matt Brookes, Jeff Sankuer, and Patrick Snakuer.

Matt worked on bass in his band, Jeff worked on drums, and Patrick worked on guitar.  They used to write and perform their songs. Later, they also became able to win the “Blue Water Area Battle of the Bands”.

How did Jeff start his Career?

Jeff Gutt started his career from his school level as he formed a band named “Innerfaith“. After that, he joined the band “Dry Cell”, which is an American rock band. He joined the band as a lead vocalist with his band members Danny Hartwell, Judd Gruenbaum, and Brandon Brown. Later, they released their album in 2002, named “Disconnected”.

Further, Jeff decided to leave the band in 2004, and Dave Wasierski replaced him, but he later joined the band in 2005. Later, the band took some break from 2005 to 2007. After that, in 2008, the band members reunited and but in 2009, Jeff left the band again. Besides this, he also auditioned for the second season of “The X Factor“, an American reality television music competition show, but was eliminated before the live show.

Gutt also joined the Stone Temple Pilots band as a lead singer, and he grabbed the more attention of many people as the lead band member. He replaced the place of Chester Bennington, who is also an American singer, songwriter, and actor.

Forty-five-years old Gutt has a son named Talon Gutt he is quiet about his wife’s name. He posted his son’s pictures on his social media account and they seem having fun with each other.

To talk about Jeff Gutt’s physical statistics, he has a height of 5 feet 7 inches (176 cm) and a weight of 70 kg or 154 lbs. Likewise, he has got a good-looking face with black hair and brown eyes.

Jeff Gutt is active on social media platforms like:

A good-looking, active and talented Jeff Gutt is a well-known American musician, singer, and vocalist, popularly known as a lead singer for the band Stone Temple Pilots. Currently, he is living a very standard life with an estimated net worth of $5 million.