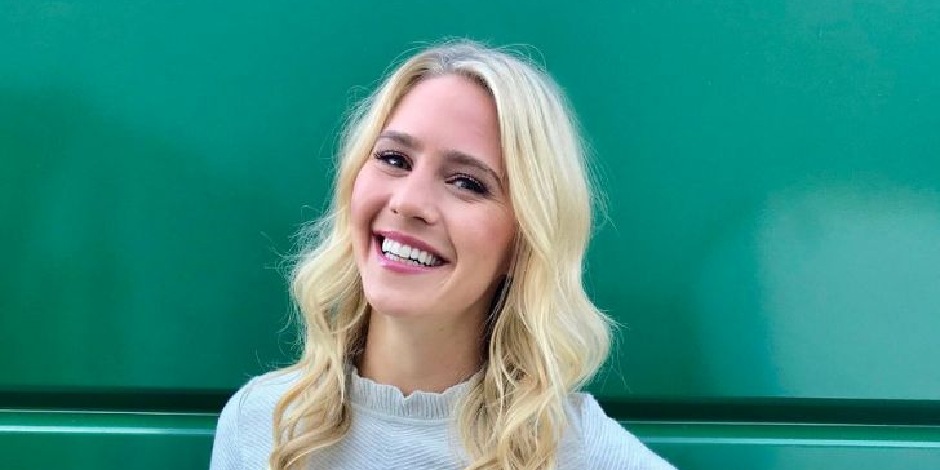 Katie Osborne is an American sportscaster and TV host, famous for working for “Fox News”, “ESPN”, “NBC Sports”, and “Spike TV”. Currently, she is serving actively on the IndyCar championship as the digital pit reporter and a race day host.

Katie Osborne was born in 1982 in Indianapolis, Indiana as the daughter of Meg and Brad. Currently, she is about the age of 39 according to her birth year, but her zodiac still has a question mark as she hides her full date of birth.

Katie grew up beautifully as she was born in a well family, but further information about her childhood and family still has a question mark as she likes keeping her personal life far from the media.

Katie holds an American nationality and her ethnicity also has a question mark.

How did Katie start her Career?

Osborne used to be a competitive swimmer on a national level, but later, she started her career in journalism. She first did a client service intern for “Indianapolis Motor Speedway”. In her career, she also worked for “Nike”, “Chick-fil-A” and also for “WISH-TV Channel 8”.

Now, she is working actively on the IndyCar championship as the digital pit reporter and a race day host. Furthermore, she is also serving as a reporter for the trackside reporter for “Snocross”,  aired on CBS Sports.

Besides this, Katie also made her appearance in the TV series named “Global Rallycross Championship”. After that, she also played a role in the movie “Single”.

Check out the latest updates on Famous Journalist Jillian Mele

Who is Osborne Dating?

Katie is in a romantic relationship with her boyfriend, Tanner Foust, popularly known as an American professional racing driver, stunt driver, and television host. The guy born on 13 June 1973 has made Katie fall in love with him so that they live a very romantic life with each other.

To talk about Katie Osborne’s physical statistics, she has a height of 5 feet 9 inches (1.75 m/ 1.75 cm) and a weight of 54 kg. Besides this, she has got a beautiful face with blonde hair with blue eyes. Further information about her physical statistics like body measurements, shoe size, and more still has a question mark as she keeps her personal life private.

Osborne is active on Instagram with the tag name (“@ktmosborne”), where she has 36.1K followers and posted 2051 posts. The posts that she posted on her Instagram account have received many likes and comments.

Katie also has a Twitter account with the tag name (“@ktmosborne”), where she has 14.8K followers and tweets 13.4 times.

What is Katie’s Current Net Worth?

A beautiful, active and talented Osborne is a well-known American sportscaster and TV host who is popularly known for working for “Fox News”, “ESPN”, “NBC Sports” and “Spike TV”. Currently, she is serving actively on the IndyCar championship as the digital pit reporter and a race day host.

She has gained success in her career because of her hard work and is also working hard to succeed. Currently, she is living a very happy and standard life with an estimated net worth of $500,000.