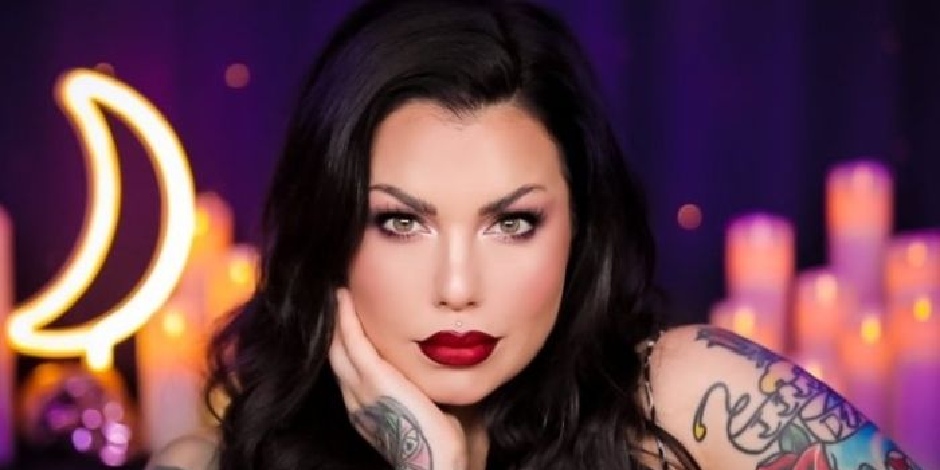 Bailey Sarian is a professional make-up artist known for her ‘Murder Mystery & Makeup’ look. She is also a social media star and she has caught the attention of millions of fans all over the world with her dark and unique make-up videos. She also shares several tips, tricks, and hacks for an amazing make-up look.

Where was Bailey born and raised?

Bailey Sarian was born on 26th November 1988 in California state of United States. She has American nationality and belongs to Anglo-American ethnicity. She was born under the star sign, Sagittarius. She hasn’t disclosed any information about her parents but we do know that she is the middle child in her family. She grew up with her 2 sisters among which is Madison Malmberg.

Sarian is known for her distinctive tattoos which are all over her body.

Sarian was educated in Paloma Valley High School in California. She hasn’t mentioned her further education degree but we do know that she is well educated and experienced in her field of work.

How did Bailey start her Career?

Bailey initially started working as a make-up artist in a well-established company. She also worked for Urban Decay for short while and quit her job to walk her own path. She started making videos of her own make-up style and uploading them on YouTube.

She posted her first video back on 13th September 2013, “My Foundation, contour, highlight” which has over 321 thousand views. She started attracting more views after she started making her make-up styles. She has gained over 4.76 million subscribers on her YouTube Page where she can be connected by Bailey Sarian.

Sarian has gained over 13 million views on her videos. She has started her own make-up line called Loud. Her products include nail polish, t-shirt, tank tops, and many more. Her clothing products can be bought from MerchLabs.

Who is Sarian engaged to?

Bailey Sarian is currently engaged to Fernando Valdez with whom she met on 13th December 2013. The couple has been very close since then are now engaged now. Her fiancé is an artist as well as a videographer. He also helps Sarian to make videos for her YouTube channel. He also handles the merch of his fiancé product line. He is also a talented tattoo artist.

The couple currently resides in Los Angeles, California. Sarian is an avid pet lover and she owns a cute pet dog in her house.

Bailey Sarian is 32 years old turning 33 in November 2021. She is 5 feet 5 inches tall or about 1.65 m and weighs 55 kg or 121lbs. Her body measurements are 34-28-40 inches. She has dark brown eyes and natural black hair but she prefers to dye her hair in different colors. So far, she dyed her hair yellow, blonde, green, orange, pink, and many more.

Sarian is a social media star. She is active on Facebook, Instagram, and Twitter. She has gained over 10 million followers and has accumulated over 4 million likes on her Facebook page. She has also huge followers of over 2.3 million on Instagram where she can be connected by @baileysarian. She also has over 245.3 thousand followers on her Twitter page where she can be connected by @BaileySarian.

What is the current net worth of Bailey?

Bailey Sarian has an estimated net worth of 2 million dollars as of 2021. Thanks to her growing popularity in social media, she is a millionaire now. She makes a huge fortune from her own product line. She also further earns from collaboration with other designers. Her videos on YouTube generate thousands of dollars each month.