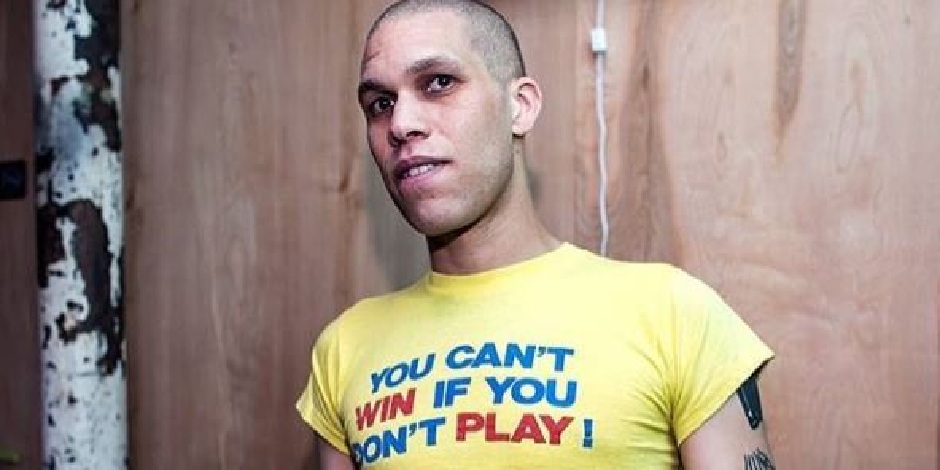 Brandon Avery Perlman is an American-born electronic, musician, record producer, and DJ who is also known by his stage name “Delroy Edwards”. He is also known for being the son of popular actor Ron Perlman.

Who is the Father of Brandon?

Brandon Avery Perlman who is popularly known by the name “Delroy Edwards” was born on 28 March 1990 in Los Angeles, California, the USA as a son of a father, Ron Perlman, and a mother, Opal Stone Perlman. He has one sister whose name is Blake Perlman. Currently, he is at the age of 31 and his zodiac sign is Aries.

Brandon holds an American nationality and belongs to the Hungarian-Polish-Afro-Jamaican Ancestry ethnicity. He follows the Judaism religion.

Brandon Avery Perlman spent his childhood happily with his sister and parents. He grew up nicely as he was born in a well family. His father Ron Perlman is a famous American actor so that, Brandon earned fame and popularity from his childhood because of his father.

He is very interested in music from his early life and his parents were also supportive of his music career. He was also seen having training classically in jazz drumming. His parents also gave him his first drum kit. Later, his sister’s friend introduced him to house music that is known as a genre of electronic dance music.

Brandon Avery Perlman went to attend the California Institute of Arts for a short period of time to do his study on music. Further information about his education has been kept secret as he used to keep his personal life private.

How did Brandon start his Career?

Brandon Avery Perlman was interested in music from his early life so that, he followed his dreams. In 2010, he moved to New York City and seen working at A1 Records with Ron Morelli. Later, he made his music debut with “4 Club Use Only” in 2012.

Further, he was seen working on the studio album “Teenage Tapes” which was released in 2014, and in 2016, the album called “Hangin’ at the Beach” has been published. After that, he was also seen working on the albums like “The Rio Grande”, “Aftershock”, “ Slap Happy” and more.

Likewise, he was also seen working on several songs including his singles which are, “Heart and Soul”, “Can U Get With”, “When I Think”, “Slowed Down Funk Vol”, “White Owl” and more.

Perlman has not only earned fame and popularity because of his father’s popularity but he has established himself as a famous and well-known singer. He is popularly known by his name rather than for being the son of Ron Perlman.

To talk about Brandon Avery Perlman’s physical statistics, he has a height of 6 feet 2 inches (1.89 m) and a weight of 82 kg or 180 lbs. Besides this, his body measurement is 46-34-38 inches and has got brown hair with brown eyes. He had made so many tattoos on his body.

Brandon Avery Perlman got married to Francesca Sloane in September 2020. Currently, they are living their happily married life together and are enjoying each other’s company.

What is the Current Net Worth of Perlman?

A good-looking, active and talented singer Brandon Avery Perlman is popularly known by his stage name “Delroy Edward” as he is an American electronic musician, record producer, and DJ. He is also known as the son of famous actor Ron Perlman. Brandon has earned success in his music career so that he has an estimated net worth of $1 million.