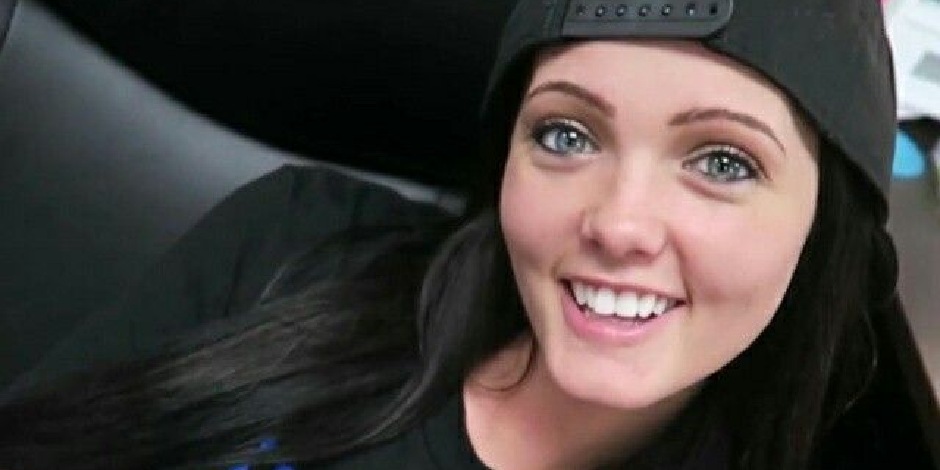 Brittney Smith is famous for being the wife of American YouTube personality and prankster Roman Atwood where she also featured on her husband’s YouTube videos.

Brittney holds an American nationality, and as per her ethnic background, she belongs to the White ethnicity.

Smith attended Lakewood High School, located in Hebron, Ohio, for her education. After completing her high school study, she became able to get a job.

How did Smith start his Career?

Brittney Smith came into the more fame and light as a wife of famous American YouTube personality and prankster Roman Atwood. Roman has created a YouTube channel named “RomanAtwood”, where he has gained 10.4M subscribers.

He joined on YouTube on 18 November 2009 and started posting many pranks videos, which many people enjoyed. The views on his YouTube videos reached 1,544,118,206 views.

Likewise, he has also created another YouTube channel named “Roman Atwood Vlogs”, where he has 15.6M subscribers. He mostly posted his vlogs, fun videos, and more with his family, where Smith and their children’s videos can be seen on this channel.

Who is Brittney married to?

Brittney Smith married her husband, Roman Atwood, whose real name is Roman Bernard Atwood. Roman has established himself as an American YouTube personality and prankster. The couple dated for ten years, and they had their wedding on 27 July 2018.

They first met each other when her sister Veronica was giving birth to their child. Then, her sister married Roman’s best friend Chase Gilroy so that Roman also came to the hospital to see them, and Roman and Brittney met each other for the first time.

After falling for each other, they lived in a romantic relationship. Besides this, Roman had married before, with Shanna Riley with whom, he has one child. Brittney gave birth to their first child on 23 October 2011 and named Kane Alexander Atwood.

After that, they were also blessed with the second child girl, Cora, on 16 July 2017. Currently, the couple is living happily together and seen enjoying each other’s company.

To talk about Smith’s physical statistics, she has a height of 5 feet 3 inches and a weight of 55 kg. Smith got a beautiful face with a beautiful smile. Her hair color is black where her eye color is green which suits her face.

Brittney Smith is active on Instagram with the tag name (“@brittneyatwood”), where she has 2.7M followers and posted 1308 posts. In addition, she has posted many photos and videos with her husband, children, and family, which received many likes and comments.

She also has a Twitter account with the tag name (“@_littile_britt_”), where she has 1.2M followers and tweets 3710 times.

Check out the Latest Updates on celebrity Wife Stacey Weitzman

A beautiful and active Brittney Smith is well-known for being the wife of American YouTube personality and prankster Roman Atwood. Currently, she is enjoying a very happy and lavish life with an estimated net worth of $3.5 million.