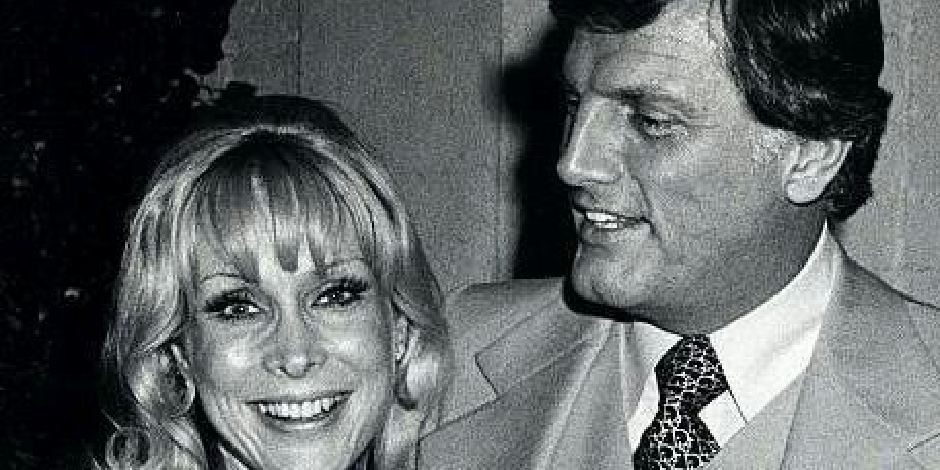 Charles Donald Fegert was former chief advertising in Sun-Times. He was well-known for being the second husband of a famous American actress, singer, and producer, Barbara jean Morehead, popularly known as Barbara Eden. Barbara is well-known for her starring role in “I Dream of Jeannie” as “Jeannie.”

Where was Charles born and raised?

Charles has American nationality, and he belongs to white ethnicity.

Check out the latest updates on Celebrity Husband Derek Tisdelle

Charles Donald Fegert was a well-educated man. He attended South Shore High School in his hometown Chicago. He later graduated from Loyola University in Chicago, where he received his Bachelor’s degree in business administration.

How did Charles start his Career?

Charles Donald Fegert grew up in a middle-class family where his father was a steelworker. He worked in the mills for a short while and served in Coast Guard. After receiving his degree in 1955, Fegert started working as an ad salesman for the Sun-Times. The company highly praised Fegert’s work, and not long after that; he started working for Daily News in 1969. During those years, he was already promoted from salesman to store advertising and retail advertising to advertising manager of Sun-Times.

In 1972, Fegert became the vice president of advertising and marketing for Daily News. Even though he was a vice president of the newspaper division, he was considered a good president. Unlike others who give an order to their subordinate, Fegert was always teaching his co-workers and subordinate how to complete their tasks. For example, Fegert used to be with his sales crew and show them how the sales were done. His friend Phil Moses praised his work as “management by charisma.”

Apart from being a sales manager and vice-president, Fegert’s work also influenced charity events. His managerial work was praised in several fields by the company. He used to be involved in several sales works, including oil wells, disco clubs, restaurants, and always proved to be a great salesperson.

What was the relationship status of Fegert?

Charles Donald Fegert was married and divorced three times in his life. There has been no information regarding his first wife, but after his first failed marriage, Fegert fell in love again. He tied his knot to a young model named Trish Althaus in North Shore Baptist Church in Kraft Chapel. The couple was blessed with 2 children; however, his second marriage also ended in the 1970s.

Charles Donald Fegert once again fell in love with Barbara Eden, a well-known American actress, and singer in 1974. Barbara was also divorced from her first marriage to American stage and screen actor Michael George Ansara. After dating for 3 years with Barbara, the couple tied their knot on 3rd September 1977.

There has been no information about their children together. The couple started living separately in March 1982 and officially got divorced in 1983 after 5 years of marriage. After the end of his third marriage, he stayed single. He was the father of two sons named Michael and Chip, Lisa Fegert, and seven grandchildren before his death.

Despite being a social media personality, Charles Donald Fegert was never active on social media. In fact, there were no social media like Facebook, Instagram, or Twitter during his prime age. So at the end of his life, he never made any social media or public presence.

Charles Donald Fegert was a well-off and rich man. Although his net worth is yet disclosed from public knowledge, we can say as an advertising vice-president of two big companies; he made huge earnings in his whole career. As for his lifestyle, he lived his whole life as a hardworking salesperson.

Charles Donald Fegert was a hardworking and fun man. He was a tall man with an average body build. He was a healthy person and died of old age peacefully during his sleep in 2002 in Chicago. Being a father of 3 and grandfather to his grandchildren, he was well-loved for his personality. Looking from his early photos, we know that he had blonde hair and dark brown eyes. He always had his beard well-trimmed.