Colin Farrell was born on 31st May in 1976. His full name is Colin James Farrell, and he was born to Eamon Farrell (father) and Rita Farrell (mother) in the Castleknock of Dublin in Ireland. Thus, his nationality is Irish. He has a brother and two sisters in his family name, Eamon Jr., Claudine, and Catherine, respectively. Farrell attended the St. Brigid’s National School and Castleknock College for his secondary school and graduated from Gormanston College, located in County Meath. Colin Farrell also auditioned for the musical group called Boyzone in Ireland but was unsuccessful.

Colin Farrell started being interested in the acting career after the tearful performance of Henry Thomas in the E.T. the Extra-Terrestrial. Thus, he decided to pursue an acting career and joined the Gaiety School of Acting but soon dropped out of it after he was cast in the drama called Ballykissangel. In the drama, he portrayed the character of Danny Byrne. 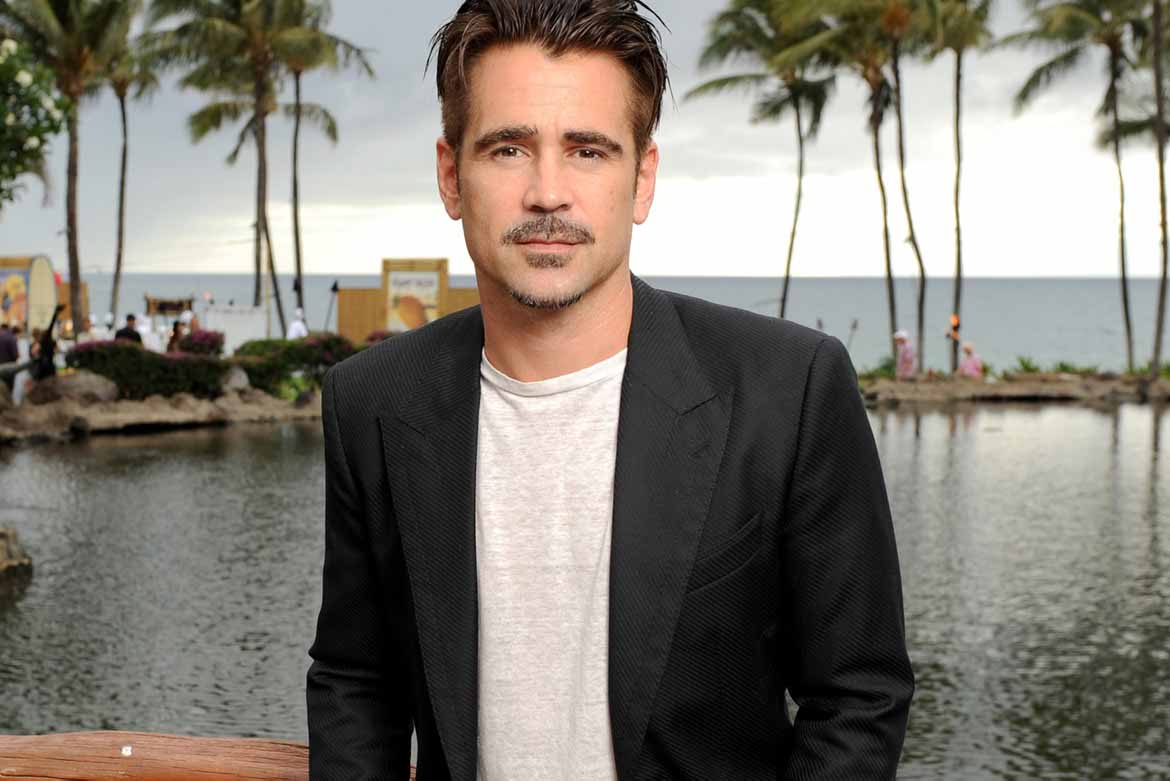 During the years 1998 and 1999, Colin Farrell appeared in the Ballykissangel and Falling for a Dancer. He made his debut in the movie directed by Tim Roth called The War Zone. In the film, he characterized Nick. He then appeared in the movie Ordinary Decent Criminal which was based on the true story of Martin Cahill. Farrell played his first movie as the lead actor in Tigerland in 2000.

In 2001 and 2002, he appeared in two other movies called American Outlaws and Hart’s War. Since 2002, He started playing the starring roles in the thriller movie called Phone Booth and The Recruit, for which he was praised by the critics and became the box office hit. Colin Farrell also appeared in the movie S.W.A.T and was also praised by the critics. The movie Phone Booth made 46.5 million dollars in the box office while the movie S.W.A.T made 116.9 million dollars.

After that, Colin Farrell started appearing as a supporting role in the movie Minority Report, which was released in 2002. He performed the character of the villain in the movie Daredevil, released in 2003. He then appeared in the film Ocean’s Eleven. In 2001, Farrell was entitled as sixth World’s Sexiest Man, which as per Company magazine.

In 2003, Farrell played in the highest-grossing film called Intermission. In the drama, he performed the part of a criminal. After that, he appeared in A Home at the End of the World, where he was highly praised; then, he starred in Alexander the Great, which was the biographical movie of Alexander, which grossed the box office by over 167 million dollars.

In 2005, Farrell was nominated for the Academy Award for his performance in the historical movie called the New World. He then starred in the romantic film called Ask the Dust. In 2006, he played his next hit movie Miami Vice, which was the action crime movie. The movie was listed at the Top 50 films of the decade. In 2007, he appeared in Cassandra’s Dream movie directed by Woody Allen. Finally, Farrell received his first Golden Globe award from the movie In Bruges. Then Colin Farrell appeared in a documentary film, Kicking It, and another film called Pride and Glory in late 2008.

In 2009, Farrell got his second Golden Globe award for best actor for his appearance in the movie In Bruges. He also appeared in the movie The Imaginarium of Doctor Parnassus, completing the role of Heath Ledger. Farrell appeared in the movie Triage, for which he lost 30 pounds of weight. In 2009, Colin Farrell starred in Ordine again in the next year, and he made his appearance in the film London Boulevard. All of the movies he played in 2009 was highly praised and earned him the love from the audiences. 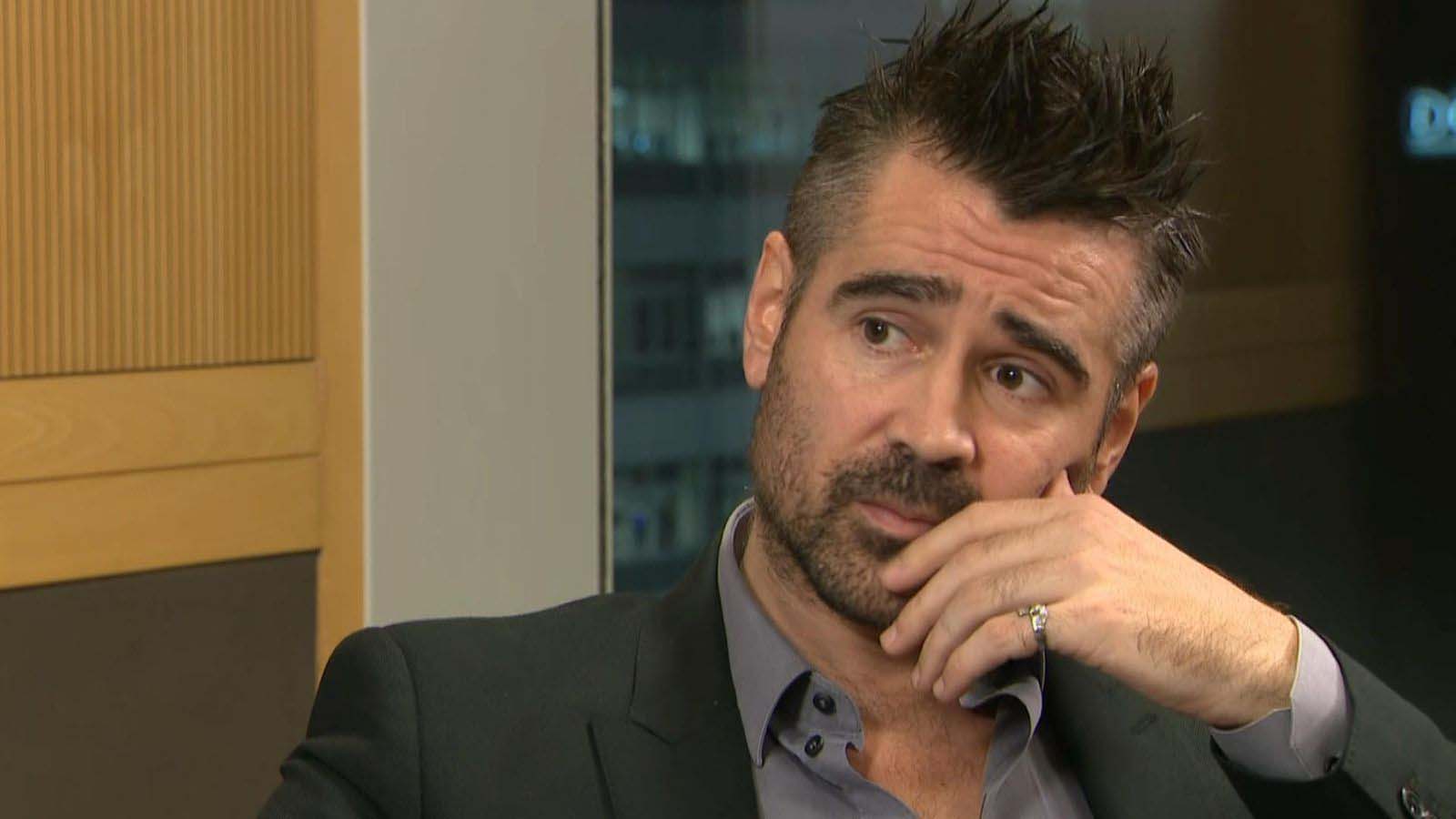 In 2011, Farrell appeared in the comedy movie Horrible Bosses then he starred in the movie Fright Night. The movie was highly praised once again by the critics. In 2012, he played the lead role in Total recall, and Seven Psychopaths, both of the movies achieved good reviews. In 2013, he starred in the movies Dead Man Down and Winter’s Tale in 2014. He played the supporting role in the movie Saving Mr. Banks. After that, Colin Farrell has played and appeared in different movies like The Lobster, Fantastic Beasts and Where to Find Them and other leading roles in the movies like The Beguiled, The Killing of Sacred Deer, and so on.

Colin Farrell has dated many women so far. Farrell dating history starts in early 2000. He started dating Amelia Warner since 2001, an English actress and singer whom he met in the Quills premiere in 2000. There were even rumor about them getting married, but Farrell Colin Farrell that they were too young to be married. After dating Warner for a few periods of time, he started dating many other famous models, actresses, and singers like Britney Spears, Nicole Narain, Josie Maran, Angelina Jolie. He also dated Maeve Quinlan and Demi Moore, all of them during the period of two years.

In 2003, his girlfriend Kim Bordenave, an American model, was pregnant with his child. She gave birth to his first son called James Padraig. His son was diagnosed with Angelman syndrome at the end of 2007. That year he started dating a medical student from Ireland named Muireann McDonnell. After dating her for a year, he soon dated Emma Forrest, who was a British-American writer. Farrell had his second child from Alicja BachledaCurus, who was a Polish actress in 2009, and they broke up in 2010.

At the end of the year 2005, Farrell went to rehabilitation for his treatment against the painkillers and drugs. He opened about his addiction to the interview program named The Late Show with David Letterman. 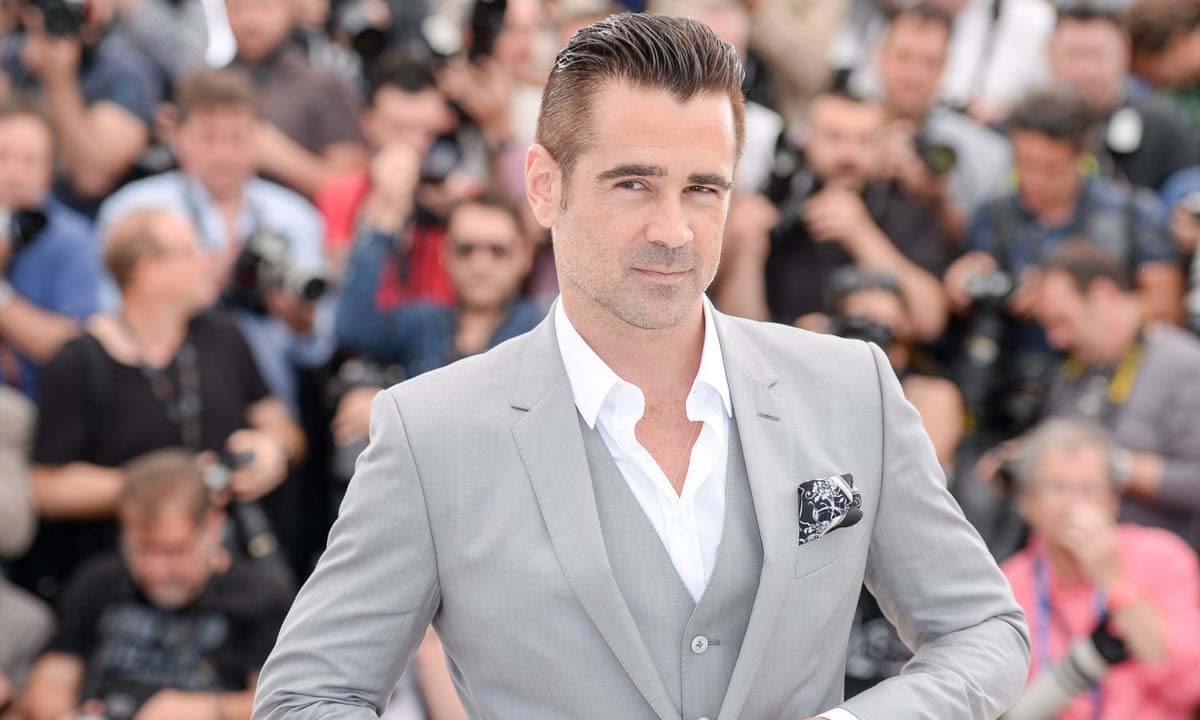 In the year 2006, Farrell was blamed for stalking and sending abusive messages by the girl Dessarae Bradford. She was the telephone sex worker, and she showed herself in the middle of The Tonight Show, threatening the Farrell. Later on, the case was dismissed after they couldn’t find the solid proof against the Colin Farrell.

The same year in January, Farrell filed the case against Nicole Narain for distributing their sex tapes without his authorization. However, the case was settled during the year 2016 between them.

Farrell has participated in the Stand-Up! Campaign for anti-bullying, which was organized by the LGBT youth community called BeLonG To. He also talked about this topic in the famous American show called Ellen DeGeneres Show. He was also the spokesperson among other celebrities to speak about the Special Olympics World Games that was held in China in the year 2007. Since 2015, Colin Farrell was declared as the Ambassador for the Homeless World Cup.

Colin Farrell has an approximated net worth of 80 million dollars.