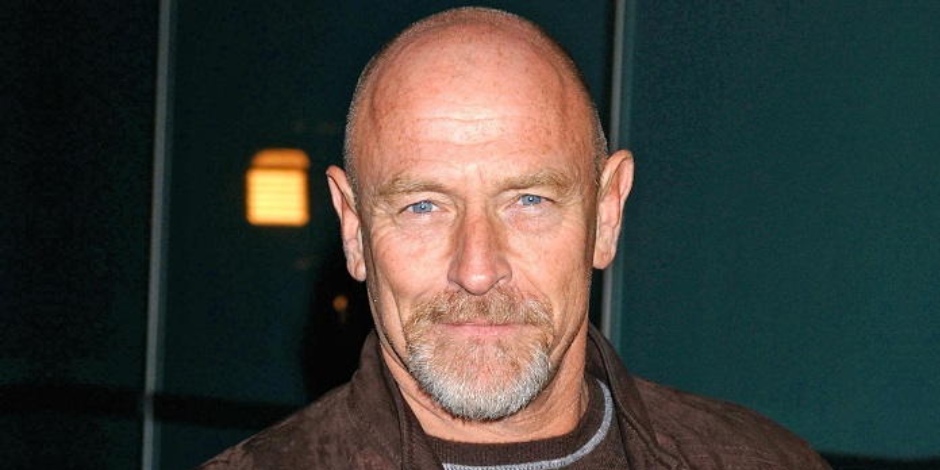 Corbin Bernsen is a professional actor and director from the United States who is known for his several film and television appearances. He has been nominated with 2 Primetime Emmy Awards and 2 Golden Globe Awards for his role in the American legal drama series, L.A. Law as Arnold Becker.

Where was Corbin born and raised?

Bernsen was born on 7th September of 1954 in North Hollywood of California state. His birth name is Corbin Dean Bernsen and he was the first-born child of a Hollywood producer, Harry Bernsen, and actress, Wilma Jeanne Cooper. He grew up with his younger brother, Collin, and younger sister Caren Bernsen.

Bernsen belongs to the ethnicity white whose nationality is American, has Virgo as his birth sign and his sexual orientation is straight.

Corbin Bernsen is currently 66 years old turning to 67 in September of 2021.

Where did Bernsen go to University?

Bernsen attended Beverly Hills High School and later graduated with a Bachelor’s degree in theatre arts and a Master’s degree in playwright from the University of California in Los Angeles.

How did Bernsen start his career?

Bernsen made his film debut in 1967 with the musical film Clambake landing a small role as Roy and continue don making several appearances in the films like Three the Hard Way, Eat My Dust!, Hello Again until 1989 when he landed his first starring role in the film, Major League. Bernsen made his television debut in 1979 with the small role in the comedy-drama series, Flying High.

Bernsen starred in several films like Disorganized Crime, Shattered, Frozen Assets, Ghost Brigade, Major League II, Cover Me, and many more. He was the star of the early 1990s. in 2005, Bernsen received his first nomination for Satellite Award for his role as Harlan Dexter in the black comedy film, Kiss Kiss Bang Bang alongside Michelle Monaghan.

Bernsen made his directorial debut in 2009 with the film Donna on Demand where he also performed as Ben Corbin. He further directed and performed in the film Dead Air in 2009. Corbin Bernsen further started writing, producing, directing films like Rust, 25 Hill, 3 Day Test, and Christian Mingle.

As of 2021, Bernsen is currently busy filming the upcoming film, Roe v. Wade.

With his appearance in the series The Waltons and Ryan’s Hope, Corbin Bernsen landed his breakthrough role in the 1986 legal drama series, L.A. Law as Arnie Becker alongside Kevin Spacey. His performance earned him Golden Globe and Primetime Emmy Award nominations. He also played in several tv movies like Murderous Intent, Inhumanoid, Tidal Wave: No Escape, Riddle’s Moon, Two of Hearts, Atomic Twister, and others.

Bernsen also made numerous tv series appearances of which his major television appearances are A Whole New Ballgame, The Cape, JAG, The Young and The Restless, Psych, and The Resident.

How many awards does Corbin Bernsen have?

Corbin Bernsen has received 13 nominations and 2 awards till today. He has been nominated with 2 Golden Globe Awards for Best Performance by an Actor in a Television Series – Drama in 1989 and 1990 respectively for his performances in the drama series, L.A. Law.

He further received 2 Primetime Emmy Awards nominations for Outstanding Lead Actor in a Drama Series in 1987 and 1988 respectively from the series, L.A. Law. In 2020, Bernsen was awarded Festival Award for Best Ensemble Cast and Fourth Quarter Silver Award for Best Film after his role in the comedy family film, The Farmer and the Belle: Saving Santaland. His awards were shared with co-stars Jenn Gotzon, Jim E. Chandler, John Schneider, and others.

Who is Corbin married to?

Bernsen tied his knot with English actress, Amanda Pays in 1988. The couple is blessed with 4 children and they now reside in Hudson Valley. He was previously married to Brenda Cooper in 1983 which ended in 1987.

Bernsen released his first book in October 2015. His book name is Rust: the Novel and he released his second book name Open House: Reinventing Space for Simple Living in 2017.

He possesses an average body build and has a tall height of 180 cm with a weight of 70 kg. He has blue eyes and a bald head.

What is the current net worth of Corbin Bernsen?

Corbin Bernsen has an estimated net worth of 16 million dollars as of 2021. He solely earns his millions entertainment industry as a writer, producer, actor, and director. His net worth is expected to rise more in the coming years with all his new projects coming up. He is leading wealthy life with his wife. The couple recently put Laurel Canyon’s 2400 square feet house on sale for 2 million dollars. Despite the luxury and privileges, Bernsen prefers to live a simple life.