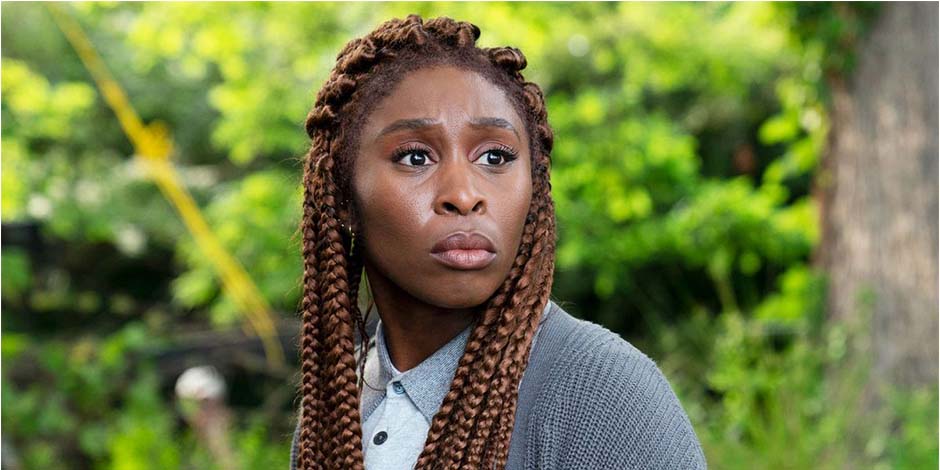 Cynthia Erivo is an actress/singer/songwriter from America. She is known for her portrayal of Harriet Tubman in the 2019 biopic “Harriet.” In about nine years, she has made appearances in three films, seven television series, and nine theatre performances. She has also released one studio album and three singles.

She was born as Cynthia Chinasaokwu O. Erivo to Nigerian parents on 8th January 1987 in Stockwell. Her mother worked as a nurse. She used to sing to family members and other neighbors when she was just 5. Cynthia Erivo was only 11 when she started doing roles in local productions.

She completed her high school studies from La Retraite Roman Catholic Girls’ School. She then joined the University of East London to study Music Psychology. Only after a year in the University, she transferred to the Royal Academy of Dramatic Art to study acting. 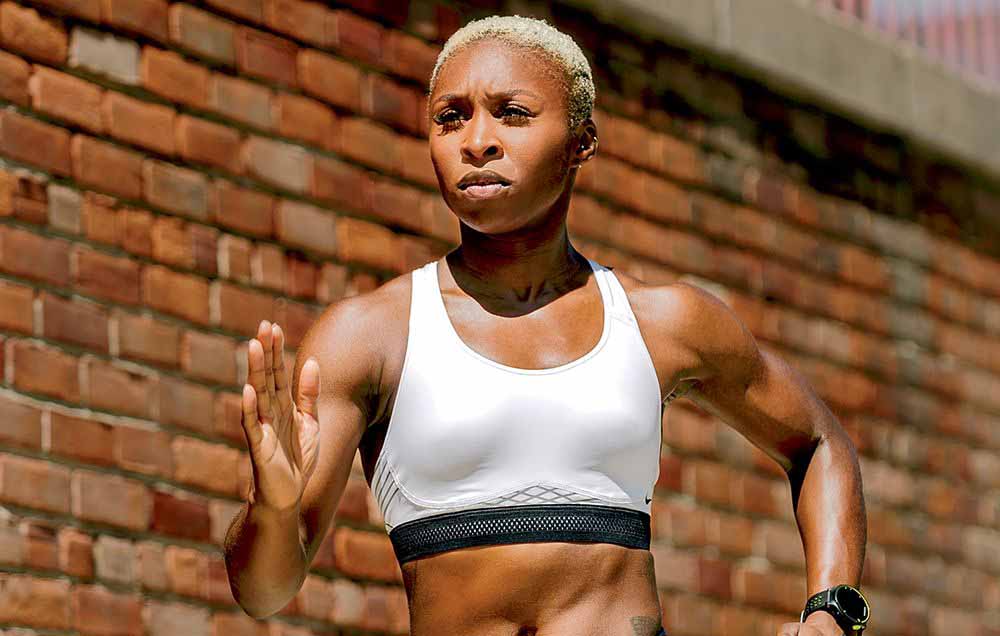 She made her debut in theatre from the 2010 musical play “Marine Parade.” It got performed at the Brighton Festival. She then appeared in the musical “I Was Looking at the Ceiling and Then I Saw the Sky.” The musical got performed at Theatre Royal Stanford East.

In 2011, she featured as Madeleine in the romantic drama performance “The Umbrellas of Cherbourg.” It got performed at Curve Theatre and Gielgud Theater. Cynthia Erivo also toured across the UK with the “Sister Act” as Deloris Van Cartier/Sister Mary Clarence from 2011 to 2012.

She starred as Celie Harris Johnson in the 2013 musical “The Color Purple.” It got performed at Menier Chocolate Factory. She has also made an appearance in the 2014 musical comedy “I Can’t Sing! The X Factor Musical” as Chenice and in the 2015 musical “How to Succeed in Business Without Really Trying” Rosemary Pilkington.

She had also made an appearance in “A Midsummer Night’s Dream” performed at the Liverpool Everyman as Puck in 2015. In 2016, she got featured as Cathy Hiatt in “The Last Five Years.” The same year, Cynthia Erivo made her Broadway debut in the Broadway adaption of “The Color Purple.” For her musical production, she won a Tony Award for Best Leading Actress in a Musical.

She debuted in the film industry from the 2018 heist thriller film “Widows” as Belle. The film was a moderate commercial success grossing $76 million in the box-office against a budget of $42 million. Cynthia Erivo featured in the neo-noir thriller film “Bad Times at the El Royale” as Darlene Sweet. Even though the film received a positive critical response, it could not perform well in the commercial market. 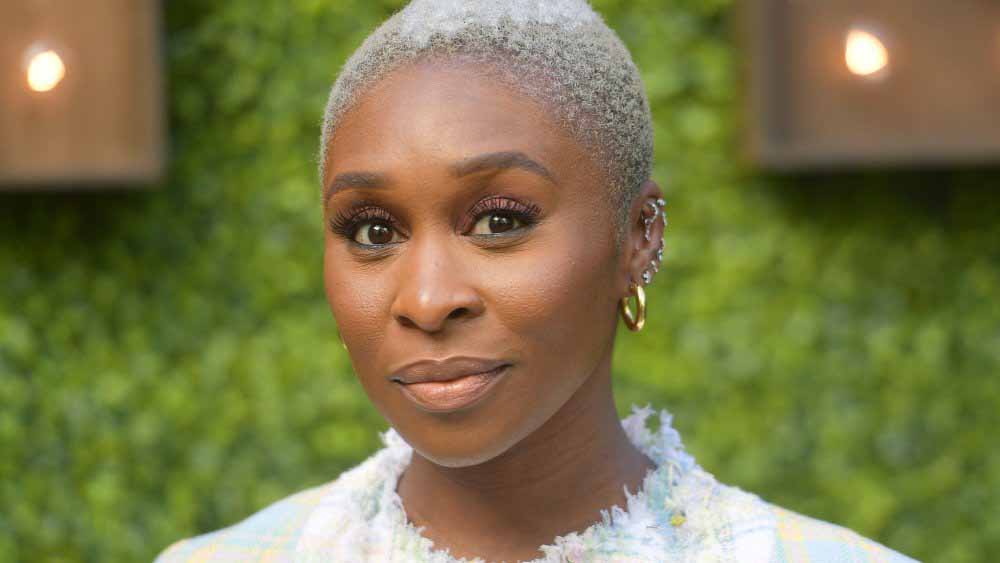 In 2019, she represented abolitionist and political activist Harriet Tubman in the biopic “Harriet.” The movie got a positive response from critics and made a $43.3 million collection in the box-office. For her performance in the film, Erivo got nominated for the Academy Awards in the 92nd Academy Awards. She will also be featuring in the upcoming movies “Chaos Walking” and “Needle in a Time Stack.”

She made her television debut from the episode “Tolled Road” of the television sitcom “Chewing Gum” as Magdalene in 2015. She then played Alberta Hunter for two episodes of “Mr. Selfridge” in 2016 and an episode of “The Tunnel” as Mel.

From 2017 to 2019, Cynthia Erivo played a recurring role as Lisa in the television sitcom “Broad City.” She also gave her voice to Turtleneck Superstar CEO Baby in season two of the animated series “The Boss Baby: Back in Business.” She has also featured in an episode of the singing reality show “American Idol.” In 2020, she was Holly Gibney in the miniseries “The Outsider.” Cynthia Erivo will also be featuring in the third season of “Genius” as Aretha Franklin.

She released her debut album titled “Cynthia Erivo and Oliver Tompsett Sing Scott Alan” in 2015. Cynthia Erivo collabs with Oliver Tompsett and Scott Alan for the record. She also got featured in soundtracks of “The Color Purple” and “Anthem: Homunculus.” She has also released few singles, including “Fly Before You Fail,” “God Only Knows,” and “Stand Up.” For “Stand Up,” she got nominated for Academy Awards.

From 2011 to present, she got nominated for twenty-nine award functions including, two Academy Awards, one BAFTA, one Golden Globe Awards, and a Grammy Awards. She has won fifteen of the nominations, including a Grammy Awards and a Daytime Emmy Awards. 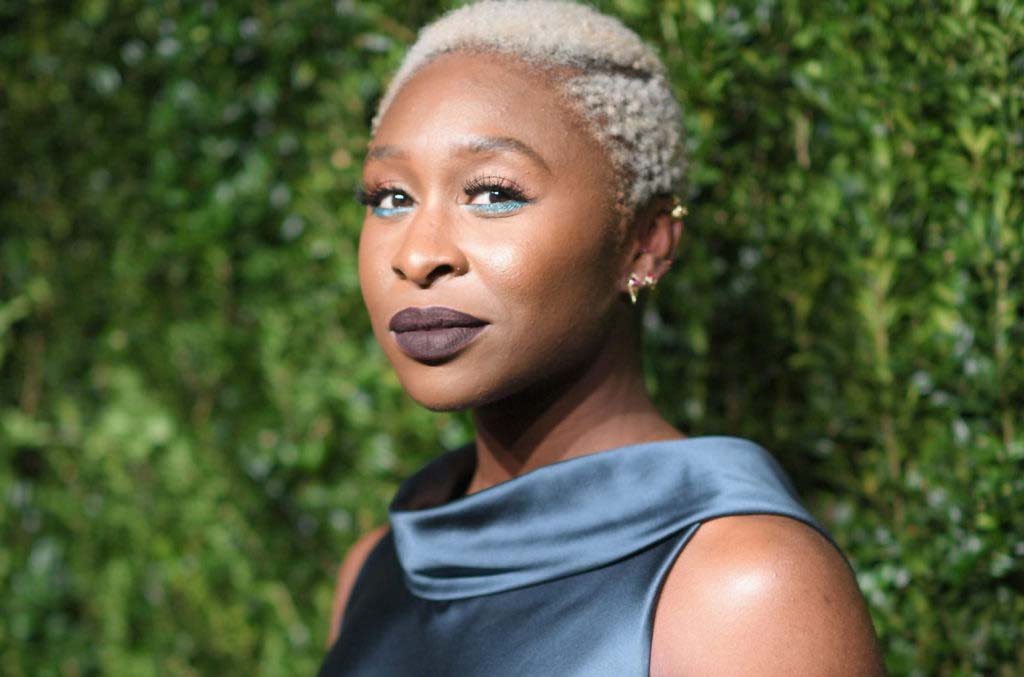 She was earlier a girlfriend with Dean John-Wilson from 2017 to 2019. She is currently with Lena Waithe, but neither of them has confirmed the relationship.

She is 1.54 meters or five feet in height and weighs fifty-five kilograms.

She has over 521 thousand followers on her official Instagram handle @cynthiaerivo.

According to celebritynetworth.com, she has an estimated net worth of $3 million.