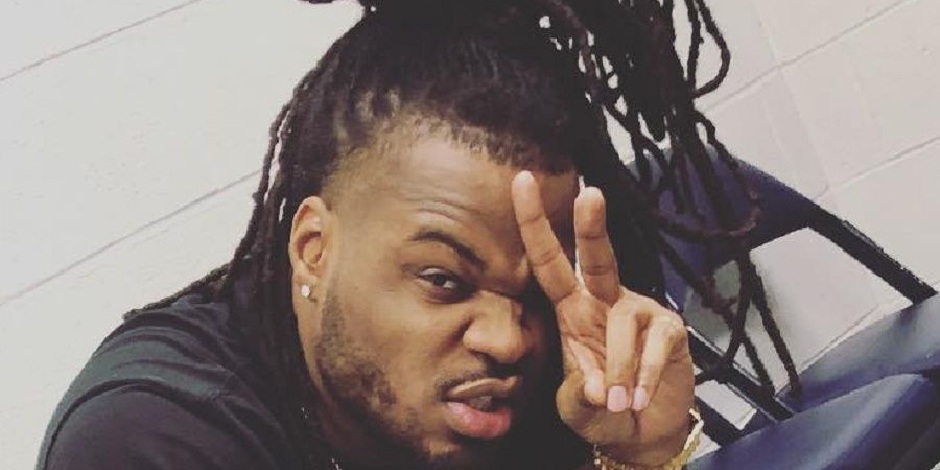 He and his brother Phillip maintain their own YouTube channel, which is named after them. They’ve been in a number of comedy sketches, music videos, and other projects.

Where was Emmanuel born and raised?

Emmanuel Hudson was born in Clarksdale, Mississippi, on December 13, 1990. Roger Hudson is his father’s name, and Brenda Hudson is his mother’s name. Among his eight brothers and sisters, Emmanuel is the second youngest. Phillip Hudson is the name of one of his brothers.

Emmanuel’s nationality is American and his ethnicity is African-American. Similarly, he is 30 years old at the moment and his zodiac sign is Sagittarius.

He has not revealed his academic qualifications, but he and his brother Phillip were jokesters in high school. They both attended Fayette County High School. There is no further information regarding Emmanuel’s educational background.

How did Hudson start his Career?

While living in Atlanta, Georgia, Emmanuel began his profession in social media. In May 2009, he launched his ‘YouTube’ channel, Emmanuel N Phillip Hudson. Emmanuel and his brother, Phillip, star in various humor videos on the collaboration channel. Before the app was taken down, he had 1.2 million followers on Vine.

Three years after joining the platform, Emmanuel’s fame as a ‘YouTube’ comic soared. It all started with a video called ‘Asking All Them Questions’ on YouTube. The video, which was released in 2012, featured Emmanuel making goofy faces in the passenger seat of an automobile. Emmanuel was observed narrating the predicament of a man dealing with his nagging and excessively suspicious girlfriend throughout the performance.

Emmanuel Hudson and Phillip worked on the ‘Ratchet Girl Anthem‘ music video. The satirical music video highlighted the hypocrisy of women who condemn other women’s behavior without considering the consequences of their own acts.

Emmanuel made his television debut in 2009 on MTV’s ‘Wild ‘n Out,’ an American sketch comedy and “improv” series developed and hosted by comedian Nick Cannon. Emmanuel stayed on until the seventh season of the show. He played the lead in a series of games called “Got Damned,” in which contestants had to “roast” their opponents.

Emmanuel was the referee during the ‘Wildstyle Remix’ sequence. He appeared in an episode of the musical drama series ‘Nashville’ in 2013. He made a cameo appearance in the film ‘Ride Along’ the following year.

Emmanuel participated in the online series ‘Dead House,’ ‘Blind Basketball,’ and ‘#DigitalLivesMatter,’ among others. He starred in the Netflix film ‘Step Sisters’ in 2018. As a comic pair, Emmanuel and Phillip have performed on various foreign tours.

He could be either single or in a romantic relationship, as this information has not been disclosed yet. To protect his privacy, it’s probable that Emmanuel is keeping his love affairs hidden from the public view. It’s also feasible that he’s still unmarried and focused on his professional goals.

Emmanuel’s sexual orientation was rumored to be non-straight. Emmanuel Hudson, on the other hand, is not gay. To his fans, he has dismissed the claims that he is gay.

Check out the latest updates on Willdabeast Adams

Emmanuel Hudson’s bodily stats include a height of 5 feet 7 inches or 1.70 m and a weight of 65 kg. Furthermore, his eyes are of dark brown color, and his hair is black. Emmanuel has a charming personality. He has a friendly and smart appearance and is quite popular among young people.

Unfortunately, there are no further details about Hudson’s physical characteristics.

His and his brother’s Youtube channel which is titled “Emmanuel N Phillip Hudson” has 1.92 million subscribers.

Check out the latest updates on Kelly Paniagua

He has a significant social media fan following as a result of his social media fame, which translates to a sizable revenue. His main sources of income, however, are YouTube and other social media sites. Emmanuel Hudson is estimated to have a net worth of $1 Million.