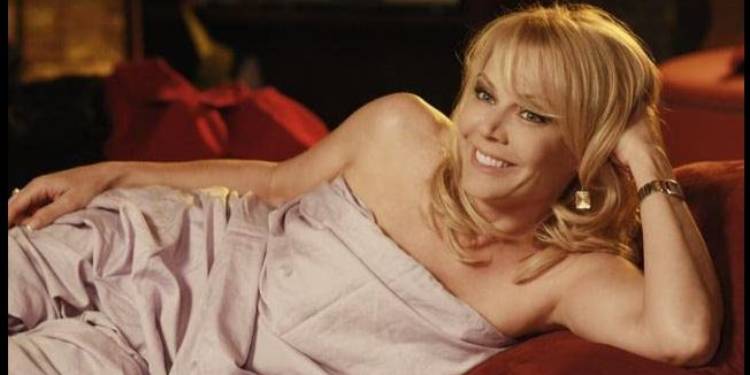 Gail O’Grady is an American-born actress and producer, famous for her appearance in television series like “NYPD Blue,” “American Dreams,” and more. Since 1986, she is working actively in her acting career.

Where is Gail born and raised?

Gail O’Grady spent her childhood happily with her brother and parents, where her parents were financial planners. She grew up beautifully in Wheaton, Illinois, where her father and mother provided her with all the needed facilities.

Gail O’Grady holds an American nationality, and as per her ethnic background, she belongs to the White ethnicity.

As she was interested in her acting career, she made her first appearance in a few commercials in her early life. After that, in 1986, she moved to Los Angeles. Likewise, she attended Wheaton North High School, where she became able to complete her graduation in 1981.

Gail O’Grady started her acting career after being cast as Julia McCullough in the American mystery legal drama television series Matlock from 1986 to 1990. After that, the actress made her appearance in the series “Werewolf” in 1987, which is a horror series.

Furthermore, she starred as Donna Abandondo in the American police procedural drama “NYPD Blue” from 1993 to 1999, where she shared the screen with Dash Mihok. She won numerous awards and received many nominations for her outstanding performance in the series.

Besides this, she also appeared in several movies like “Billionaire Boys Club,” “The Hit Man,” “Every 9 Seconds,” “Lucky 7,” “After the Fall,” and more.

Gail O’Grady has been married six times in her life. Her first marriage was with her first husband, Richard Dasko, in 1981. After living together for two years, the couple decided to end their relationship in 1993.

After that, she married her second husband, Jeffrey Byron, an American actor and writer, in 1990, but their relationship ended after the one year of their marriage in 1991.

Check out the latest updates on Dash Mihok

Later, she met Severin Wunderman, and the couple also got married in 1991, but they also divorced in the following years.

Likewise, she was involved in a romantic relationship with Chris Byers, with whom she gave birth to her first child, a son named Michael Colton O’Grady. However, the couple did not marry and later broke up. Later, she married her sixth husband, John Stamatakis, in 2004. The couple lived together for four years and got a divorce in 2008. Currently, she is living her single life.

What is Gail O’Grady’s net worth?

A lovely, active, and talented lady Gail O’Grady is an American actress and producer, popularly known for her appearances in series like “NYPD Blue,” “American Dreams,” and more. She is living her standard life peacefully with an estimated net worth of $3 million.