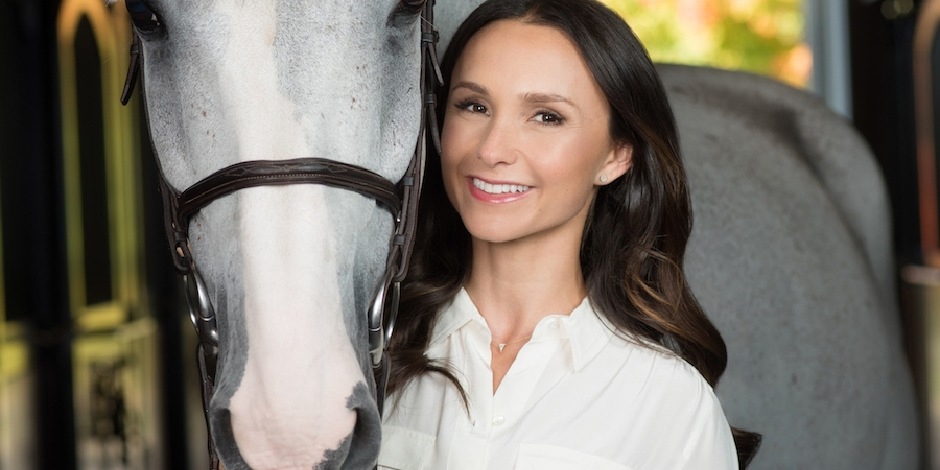 Georgina Bloomberg is a professional and competitive horseback rider and philanthropist from the United States who is also the heiress of $61 billion empires. She is also the owner of the New York-based equestrian team, New York Empire. Being the daughter of Billionaire, Bloomberg has proved herself that she is better off and can build her own empire.

Who are the parents of Georgina?

Bloomberg was born on 20th January 1983 to American businessman, politician, co-founder of Bloomberg L.P., Michael Rubens Bloomberg, and his ex-wife, Susan Brown. Her birth name is Georgina Leigh Bloomberg, and she was born and raised in Manhattan, New York City, New York. She is of American nationality and belongs to the white ethnicity. She has an older sister named Emma.

Bloomberg completed her high school at The Spence School in New York. She later joined Gallatin School of Individualized Study and graduated from New York University. She has also taken classes from Parsons The New School for Design.

Check out the latest updates on Philanthropist Karima Jackson

How did Bloomberg start her Career?

“I wouldn’t ride if I couldn’t show. I’m never going to ride for fun. I’m going to ride at the top level or not do it at all. There is no in-between for me.” says Bloomberg during an interview by Style of Sports in 2015.

Bloomberg is very competitive when it comes to horse riding. She suffered from a back injury twice and went through final surgery in 2011. Despite suffering from multiple injuries, she never gave up on her riding career.

Georgina Bloomberg has also started horse breeding in early 2000. She always has over 10-14 horses in her stable. She sells any extra horses she breeds. She is also an author. She has written 4 young adult novels like “The A Circuit” in 2011, “My Favorite Mistake” and “Off Course” in 2012, and finally “Rein It In” in 2013.

Who is Georgina in a relationship with?

Georgina Bloomberg is a single mom. She hasn’t married yet, but she has dated Ramiro Quintana, a showjumping rider from Argentina, for a short while. She gave birth to their first child, a son named Jasper Michael Brown Quintana, in 2013.

Bloomberg is an independent woman. She supports the former President, Donald Trump, and is close to his daughter, Ivanka Trump. She is also an avid animal lover and owns several kinds of pets, including pig, duck, dog, horses, and many more. She once used her father’s private jet to rescue animals during Hurricane. She is also an advocate and founding member of the Humane Generation/Friends of Finn committee.

Georgina Bloomberg is 38 years old as of 2021. She is 5 feet 5 inches or 166 cm tall and weighs 54 kg. She possesses an average body build and has brown hair and black eyes. She has the birth sign Aquarius and has a straight sexual orientation.

What is the Current Net Worth of Georgina?

Georgina Bloomberg is the daughter of a billionaire. Since her birth, she has been living a luxurious lifestyle, but she is also leading the life as a competitor and philanthropist. Excluding her father’s multi-billion properties, Bloomberg has established herself as a billionaire herself without her father’s help. She has an estimated net worth of $1 billion as of 2021.xd philanthropist.