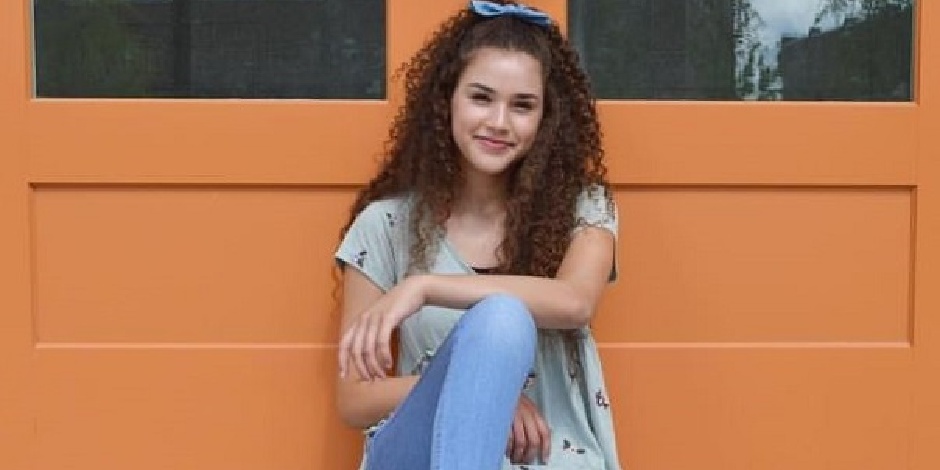 Gracie Haschak is a talented child singer, dancer, and YouTuber from the United States who is popularly known for being a member of the Haschak Sisters. She has released multiple songs and videos on her YouTube channel along with her sisters and has garnered millions of views.

Where was Gracie born and raised?

Gracie Haschak was born on 7th April 2002 in California, United States. She was born to Kathi and John Haschak and she is raised well. Her birth name is Gracie Rose Haschak and she has a supportive family. She is the second eldest among 4 sisters they are Madison(oldest), Sierra, and Olivia Haschak and there are no brothers in her family.

Haschak completed her high school in 2020. She joined Temecula Dance Company where she learned ballet, hip-hop, jazz, lyrical, and tap dancing. She has also trained in musical theatre.

Gracie Haschak’s nationality is American and she has an ethnicity white. Her sexual orientation is straight and she has Aries as her star sign.

How did Gracie start her Career?

Gracie Haschak is a singer as well as a dancer. She is also a YouTube streamer. Along with her sister, she has released multiple videos and songs. Their song “Gossip Girls” has gained over 158 million views on their page.

The Haschak sisters initially started with a vlog “The Sister Tag” back on 18th July 2015 following pizza, chicken nugget, and bunny challenges. Along with her sisters Madison, Sierra and Olivia – they released their first song, “Boys Are So Ugh” in November 2017. The video was well perceived by their audiences gaining over 110 million views and over 619 thousand likes. Their videos include dance tutorials, reactions, carpool karaoke as well as cover songs, and others.

Gracie Haschak released her first single in December 2019 called “All Eyes On Me” which has gained over 12 million views. As of 2021, she is continuing her vlogs with her sister.

Haschak is currently 19 years old as of 2021. She is grown up into a fine woman since the time from her first YouTube video. She possesses an average body build weighing 54 kg or 119 lbs. and measuring 5 feet 7 inches tall or 170 cm height. She has dark brown eyes and curly hair of the same color. She is known for having a radiant smile, long curly hair, and a high forehead.

Is Mattyb and Haschak in a relationship?

As of 2021, Gracie Haschak is single. She was once rumored to be dating singer and rapper, MattyB in 2015. She also appeared in the music video of his song called “My Humps”. However, in a 2016 interview, Haschak revealed about not being able to date anyone due to her busy schedule.

Apart from singing and dancing, Haschak loves drawing and eating chocolates. She has expressed her interest in visiting Alaska and Antarctica. She is an avid fan of Taylor Swift. She currently resides with her parents and sisters in California along with her pet dog, Rosie.

How much is the Current Net Worth of Gracie?

Gracie Haschak has a roughly estimated net worth of over 1 million dollars as of 2021. The fameranker has estimated that she earns over 304 thousand dollars alone from her dancing career. Her net worth has increased by 70 thousand dollars since 2020. Along with her sister, the sisters have accumulated a total of 15 million dollars from their YouTube channel. So, we can say that Haschak is living a luxurious life making money herself and receiving support from her parents.