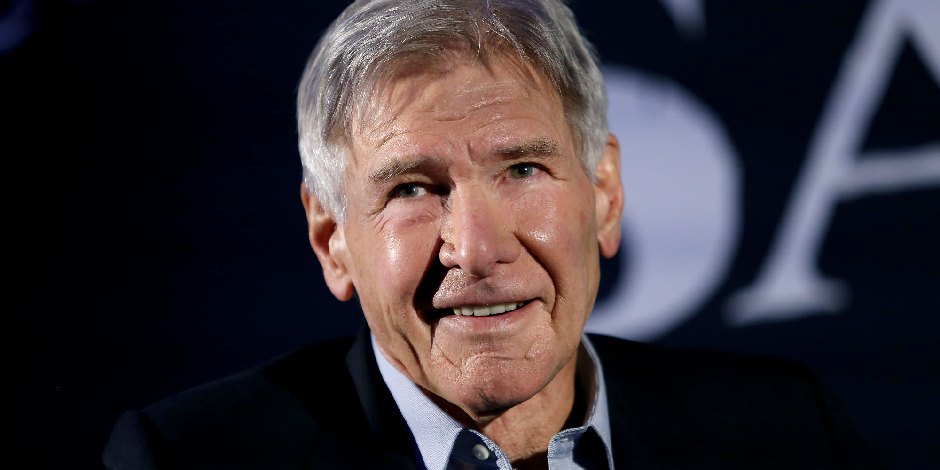 Harrison Ford is a successful and famous Hollywood actor who has earned fame after the successful American epic space opera film, Star Wars where he starred as Han Solo. Following the success of the film, he starred in its sequel and became the highest-paid male actor of all time.

Ford was born on 13th July of 1942 in the populous city called Chicago of the state of Illinois in the United States. He was born to John William Ford, an actor, an advertising executive, and Dorothy Ford, a radio actress. Ha has a younger brother named Terence.

Harrison Ford also served in Boy Scout during his teen. Ford attended Maine East High School where he graduated in 1960. He then graduated from Ripon College with Bachelor’s degree in philosophy. He only started taking interest in acting after participating in drama class during his senior year in college.

Ford believes in hard work. During his early years in acting, he started from the small role like the majority of actors. But because of his consistency, he can reach this far. He made his film debut in 1966, with the film Dead Heat on a Merry-Go-Round.

Ford has further appeared in films like The Expendables, Blade Runner, The Call of the Wild, and television series like The Virginian, The F.B.I., Dan August, Kung Fu, Dynasty, The Star Wars Holiday Special, Years of Living Dangerously, and so on.

Harrison Ford has dated numerous beautiful women. He was first in a relationship with Eve Babitz, an author who is known to have lasted for short time. He then next dated chef, Mary Marquardt and tied their knot in 1964.

In 1967, she gave birth to his first son named Benjamin, and in 1969, their second son, Willard. In 1979, they officially got divorced. In 1976, he had short affair with an actress, Carrie Fisher, and next with Heidi Von Beltz, a stuntwoman in 1978. Ford again tied his knot with screenwriter, Melissa Mathison in 1983. She gave birth to a son and daughter named Malcolm and Georgia. Their marriage ended in 2004 due to Ford’s partying and clubbing habits.

After ending their marriage with his second wife, he started dating actress, Minnie Driver in 2001 which lasted for a year. He was next rumored to have had a fling with Lara Flynn Boyle. In 2002, Harrison Ford met the love of his life, Calista Flockhart. They tied their knot in 2010 after dating for 8 years with a big lavish ceremony. they together adopted a son named, Liam Flockhart in 2001.

Ford is not a social media user.

Ford has accumulated huge success and fame in the film industry. In 1986, Harrison Ford received an Oscar nomination for Best Actor in a Leading Role after his performance in the film, Witness. He won his first Golden Globe Awards in 2002 including 4 Golden Globe nominations. He has further received BAFTA Awards and AARP Movies for Grownups Awards nomination.

He earned his first Saturn Award in 1982 after his film, Raider of the Lost Ark and Lifetime Achievement Award in 1996, and third Saturn Award in 2018. Harrison Ford has further earned several awards like the People’s Choice Awards, MTV Movie+TV Awards, Scream Awards and also earned a star in the Hollywood Walk of Fame in 2003.

Ford has supported several nonprofit organizations mainly focusing on environmental organizations. He has spoken about illegal logging and environmental degradation. He is also a democrat and has shown his support to Dalai Lama. Harrison Ford is also serving the Archeological Institute of America supporting the archeologists. Eh further discourage the illegal archeological trade of artifacts.

In the 2020 presidential campaign, he endorsed Joe Biden against the former president, Donald Trump. He showed his support for the president and also encouraged the public to support him. He has also shown his concern against the film that has been made that are based on video games and guns rather than human relationship.

Ford is 78 years old turning to 79 in 2021. He is 6 feet and 1 inch tall having a slim body build with a weight of about 81 kg. his chest is 42 inches, his arms 14 inches, and his waist of 35 inches. He had his own personal trainer when he was getting ready to film for the film, Indiana Jones. He possesses salt and pepper hair color with hazel eyes.

Ford belongs to white ethnicity and has German and Irish ancestry from his father’s side while Russian and Jewish from his mother’s side. His nationality is American. His sexual orientation is straight and has a birth sign, Cancer.

As of 2021, Harrison Ford’s net worth is estimated to be 300 million dollars. He has accumulated fortune after receiving success from various films. He has also produced several films but his sole earnings come from acting.

Harrison Ford is one of the few highest-grossing domestic box office stars to gross over 9.3 billion worldwide. He owns his own private 11 planes of different collections. He has also endorsed several brands appearing in commercials for PlayStation 3, General Aviation, Super Bowl XL, and so on. He is one of the richest male actors in the world as per Guinness’s book.