Jamie Hector is a renowned celebrity, producer, and voice actor of the United States who is popularly known for his character as Marlo Stanfield in the television crime series “The Wire” and “Detective Jerry Edgar” on Hollywood.

He is also popular for his voice work for many animated movies and video games. In addition, Jamie appeared in more than fifteen-plus drama series and movies. Apart from that, he is the founder of a non-profit organization that offers youths opportunities to pursue their studies in arts.

Jamie Hector was born on 7th October 1975 in Brooklyn, the New York City of Unites States, situated in the western end of long island. He hasn’t disclosed the name of his parents and her siblings yet, but some sites have declared that he is the youngest child of his seven siblings to his Haitian mother and her mother works as a nursing assistant.

He is a very simple and private person who rarely uploads and announces his personal life to the public Centre. Nevertheless, after completing high school education, Jamie attended “The Lee Strasberg Theatre” and Film Institute to pursue his acting career. Later on, he earned a BA degree from that theatre. Jamie has American nationality and Haitian-American ethnicity. He was born under the star sign Libra and followed Christianity in religion.

He began his television entertainment career in 1998 and, moving on, earned the most remarkable role in the Film Theatre. He gained his first theatre experience with Tomorrow’s Future Theater Company. Jamie Hector is 47 years old as of 2022.

How did Jamie start his career?

Then after he made his second debut as the same minor character featured in the film “He Got Game” in 1998, he starred with Denzel Washington, Milla Jovovich, and Ray Allen. Back in 1999, he has appeared in the award-winning action crime-drama film “Ghost Dog: The Way of the Samurai” with Forest Whitaker, Henry Silva, and John Tormey.

Furthermore, in 2003 finally, he got a chance to play a lead role in the short movie called “Five Deep Breaths,” which eventually his acting career turned into the public spotlight. His debuted movie became one of the first best, which led him to greater achievement.

He has least contracted bigger films; however, a short movie made him more popular in his professional life. He featured in a successful crime-drama-based series known as “The Wire,” He played his role as drug kingpin Marlo Stanfield. He was not too famous among other celebrities but got famed with the casting filmmaker and producers in American Entertainment Industry.

Who is Jamie Hector’s Wife?

Jamie married is a married guy, and his spouse’s name is Jennifer Amelia. The couple got tied in around 2005 or 2006. Jennifer was the professional wedding planner and the owner of her event called “Jennifer Amelia Events.” Since then, they have been blessed with their two children.

They welcomed their first baby in 2009, and the second child was born in 2016. As his wife was a party designer and organizer, she self-organized their first baby shower party. But unfortunately, there was a serious incident at their party, and many of their guests got emotionally and physically hurt.

He is a brilliant actor and producer with a good looking and height of 6 feet which is about 183 centimeters, whereas his weight is 69 kg or 152 lbs. Jamie possesses black hair and brown eyes. He has a straight sexual orientation. 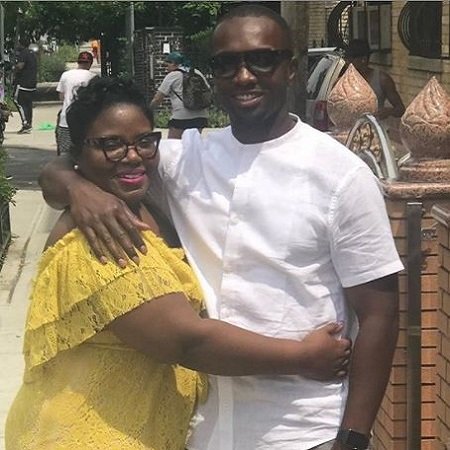 Jamie Hector began his career in the film theatre industry after high school. He has become quite a successful actor and producer with around 50 films and TV series. Some authoritative source has declared that it has estimated that Hector’s net worth is high as $2 million. He has earned a huge amount of capital in his acting career. He also holds thousands of fans and followers on his social media platforms.