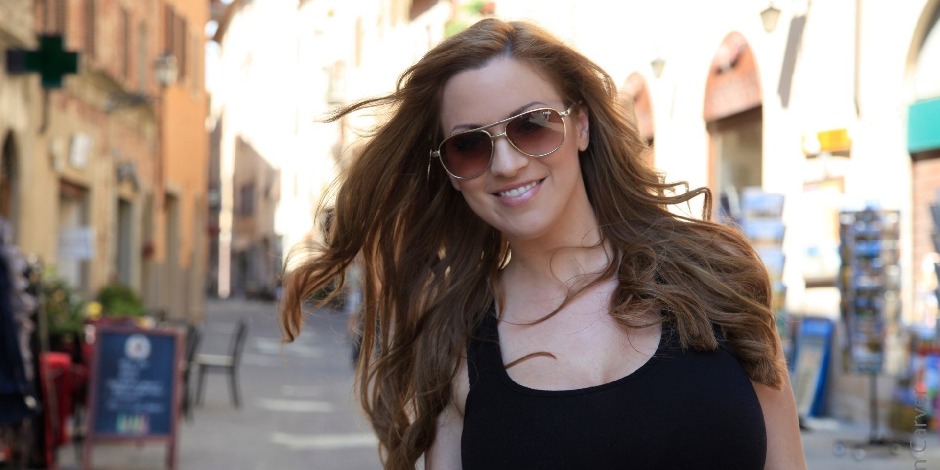 Jordan Carver is a well-known German –Italian model, actor, and entrepreneur. She is known for her work as a model. Jordan is famous for her breast size and perfect slim body figure. Most people talked about her figure when she was at the top of the lingerie models list.

Jordan is also known as a spokesperson and an international figure for the Redcoon, a German electronics company.

Jordan Carver was born in 1986 born to German parents. However, she was born in Luxembourg and has grown up with her brother. Carver has not shared any details regarding her parents and siblings.

Talking about her educational background, she has attended vocational school and graduated from secondary school. At the time of her high school and elementary schooling, Jordan has met a life-changing photographer who motivated her to be a model in her future because of her perfect body shape.

Jordan never thought that she would be a model in the future because it was something with minimal interest in her. However, later on, she was encouraged to choose modeling because of her perfect slim body figure. Jordan has also worked as a beautician for a large French cosmetic company and worked as a hotel manager.

How did carver start her Career?

Jordan Carver has started her career as a hotel manager. After that, she works as a beautician and makeup artist for a French cosmetic company. Afterward, she moved to Los Angeles, California, to foster interest in being a successful model and pursuing a career as an entrepreneur and a model.

Jordan was encouraged to be a model. After that, Carver started her career as a model by posting some hot photographs, videos, and other content on her website. Through her post, she became a hot and sizzling US-based model. Later on, Jordan got some opportunity to work as a model in a German magazine called Bild and Zoo Weekly.

In addition, she has begun to be engaged in Instagram and Facebook. Carver has also posted some seducing photos on her social media sites. Jordan got an opportunity to work as an actress in the German-American Comedy “Who Killed Johnny” in 2013, where she featured as a native German model called Gudrun.

She has also participated in the German reality show Wild Girls –Auf High Heels Durch Afrika (High Heels Through Africa). Along with other participants, she lived in the deserts of Namibia with indigenous people from July to August 2013.

Carver was also a trained boxer, fighting Melanie Muller in 2014 in Dusseldorf as a member of the Das Grosse Prosieben Promiboxen event. However, Schnitzer has also said that she has no longer identified with the public figure “Jordan Carver” and started a new chapter in her life in 2017.

Check out the latest updates on Model & Actress Musetta Vander

Who is Jordan dating?

Jordan Carver has previously dated David Baldvin. But their connection does not work, and they broke up. Currently, she is single and not married yet but, she is a single mother and has a baby boy. She has announced her pregnancy through her social media platform named Instagram in 2016, on September 12.

Jordan gave birth to her first baby boy in 2017, on January 1. Besides this, there is no further information regarding her past relationship.

Check out the latest updates on Actress Orlando Bloom

Jordan Carver is a well-known actress and model. She has done such a great job in her career. Carver estimated net worth is around $2 million. Jordan adds some amount through ads, commercials, photoshoots, and others.