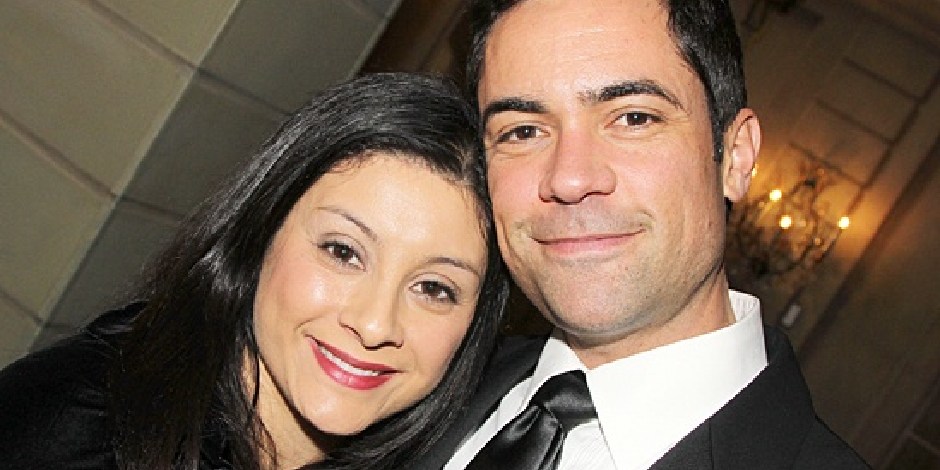 An American-born Lily Pino is a former actress who made her appearance in the short movie “Rosa,” however, she is famous as the wife of renowned American actor Danny Pino.

In a well family, Lily Pino, whose real name is Lilly Pino Bernal, was born in 1975 in Miami, the USA. Still, she has never mentioned any detailed information about her family members. Currently, she is about 46 years old, but her zodiac sign still has a question mark as his full birth date is still missing.

Lily holds an American nationality, and as per her ethnic background, she belongs to the ethnicity of Galician and Spanish.

Besides this, she attended Rockway Middle School for her education, where her future husband also attended. They both attended college reunions together and never missed out on the reunion. However, further detailed information about her educational background is still yet to know.

Pino used to be an actress who made her appearance in the movie “Rosa” as Rosa’s mother in 2006. Further, has not made any appearances in films and series in her life. Still, she came into the limelight after her marital relationship with her husband Danny Pino, an American actor.

Her husband is best known for starring in an American police procedural crime drama television series “Cold Case” from 2003 to 2010. Likewise, he gave his best performance in “Law & Order: Special Victims Unit,” “Up for Grabs,” and more.

When did Lily marry Danny Pino?

Lily Pino is a married woman who married her loving and caring husband Danny Pino, whose real name is Daniel Gonzalo Pino. He is a well-known American actor who made his appearance in several hot movies and series.

The couple exchanged their vows on 15 February 2002, and together, they gave birth to their two sons where the first son, Luca Daniel, was born in 2006 and the second son named Julian Franco, was born in 2007.

Currently, Pino, with her supportive husband and children, are living their best time together, and they showed their love for each other on their social media sites by posting their pictures together.

Lily is a simple and beautiful woman who looks attractive with dark brown hair and dark brown eyes. However, further details about her physical statistics are still missing so that her height, weight, body measurements, and more information are still missing.

Pino is active on Instagram with the tag name (“@lillypinopublic”), where she has 2171 followers and posted 254 posts. Similarly, she has posted her pictures with her husband, where they both look so adorable and perfect together.

Besides this, her husband, Danny Pino, is also active on Instagram with the tag name (“@eldannypino”), where he has 192K followers and posted 241 posts. In addition, he has posted his good-looking pictures with Lily and friends.

Lily is also active on Twitter with the tag name (“@jucafrita”), where she has 568 followers and tweets 2081 times.

Likewise, her husband has also created a Twitter account with the tag name (“@TheDannyPino”), where she has 164.1K followers and tweets 5763 times.

A beautiful, active and talented Lily Pino is a former actress who grabbed people’s attention after she married her husband, Danny Pino. Currently, she lives her standard and peaceful life, enjoying an estimated net worth of $1.2 million.