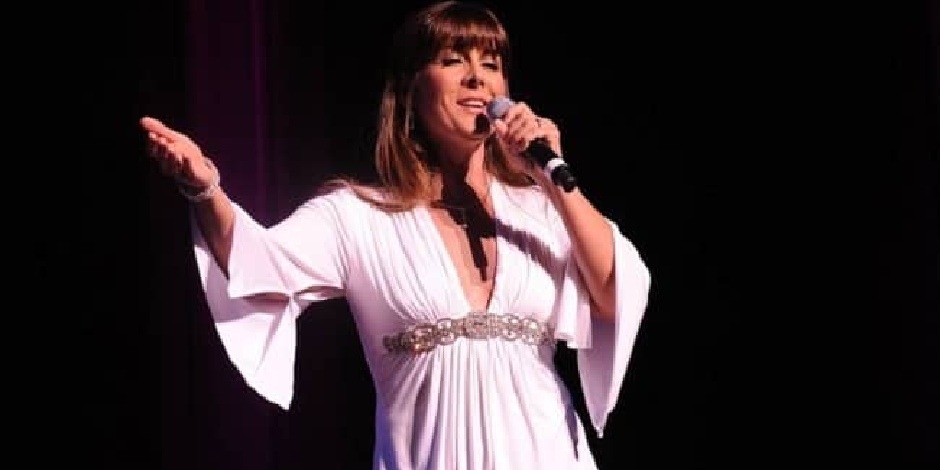 Michele Voan Capps is an American country artist well-known for being the wife of late Grand Ole Opry’s guitarist and musician, Jimmy Capps.

Michele is known for singing several country musics like “On the Alamo,” “If I’m a Fool For Leaving,” “It’s My Desire To Live For Him,” and several more.

Michele was born on 25th May and raised in Shepherd, Texas, United States. Her mother’s name is Jean Voan. She grew up with her brother, Paul Voan.

She has American nationality and belongs to white ethnicity. She was raised in a Christian household and still follows Christianity.

Michele Voan Capps has never opened anything regarding her educational background. But, we believe she was educated in her hometown, where she completed her high school and university.

How did Michele start her Career?

Capps is a country singer. She started singing in her early years and released her own albums in the 1995s. Although she was never popular as her husband Jimmy, during her album recording in Kevin McManus studio, Jimmy Capps played guitar for her sessions. Jimmy, who started his career at the age of 19, was the guitarist of the band Grand Ole Opry.

Michele was thrilled to have Jimmy play in her session. Some of her albums are Simply Michele, Christmas at Home with Michele, and 7th and Union. After her marriage with Jimmy, the couple performed together in a tv program, Larry’s Country Diner. The couple together performed “On the Alamo” in the tv show where she was the main vocalist, and Jimmy was the lead guitarist. She has also performed “If I’m A Fool For Leaving” with famous American country music singer Gene Watson.

Who was Capps married to?

Michele Voan Capps is currently living a widow’s life after the death of her husband. However, she was committed to late country musician and guitarist Jimmy Capps. The couple first met each other in 1995 where Michelle was recording an album in Kevin McManus studio. They started as a friend and never thought about falling in love with each other.

Jimmy Capps was already married when they first met each other. His first wife, Anne Bridges Capps, died in 2005 due to health problems. He had three sons from his first wife. Two years later, on 15th July 2007, Michele Voan Capps and Jimmy tied their knot. The couple didn’t have any children together.Michele and Jimmy lived a happy life together until 2nd June 2020, when Jimmy Left the world at a private hospital in Tennessee. The couple resided near Nashville, and his burial was done in Spring Hill Funeral Home and Cemetery in Nashville.

Michele Voan Capps is a beautiful and talented woman. She is quite young than her late husband, Jimmy Capps. She has an average height of 5 feet 6 inches, about 1.68 meters tall, with an average body build. She possesses blue eyes and blonde hair, which she dyes brown sometimes. Further information regarding her detailed weight and body measurements is yet to be disclosed.

Michele Voan Capps is not a social media user. She may participate in several television programs, but she refuses to be active on any social media platform. Hence, she is neither active on Instagram or Twitter. However, she has made a Facebook account for her husband which has now more than 18 thousand followers.

There hasn’t been any estimation made regarding the net worth of Michele Voan Capps. However, she has inherited the property of her late husband, Jimmy Capps, who has a net worth of $10 million during the time of his death. Henceforth, we can say that she is a millionaire and living a luxurious life.