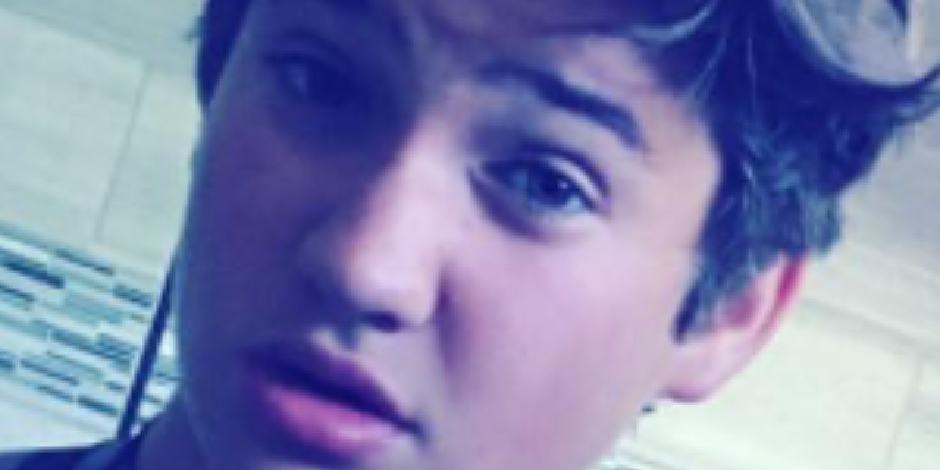 Otis Frey is the youngest son of famous late American singer Glenn Lewis Frey or Glen Frey. His father, Glen, was one of the founding members of the renowned rock band Eagles.

Otis Frey was born in 2002 to the famous singer and band member of Eagles, Glenn Lewis Frey, who died in 2016, and to his second wife, Cindy Millican Frey. He was born and raised in the United States with his two older siblings, Taylor and Deacon Frey. Otis has American nationality, and he possesses white ethnicity. His grandparents are Eddie Frey and Nellie Frey.

Otis hasn’t disclosed much information regarding his educational background. However, we believe he completed high school in his hometown.

How did Frey start his career?

Frey is a music producer. He has gained his interest in music from his father, a legendary singer, songwriter, and musician. He hasn’t made any singing debut or joined a band like his father, but we can find his remix collection and tracks in SOUNDCLOUD. Some of his ways are “Apollo1” and “DruQgz” with producer Tsunamix and his single tracks are “Osaka,” “To Hell With Problem,” “GREENSTAR,” and a remix of “Playboi Carti.”

On the other hand, his father, Glen Frey used to play guitar, keyboards and was a vocalist. With his fellow band members, Eagles, Glen has released several songs, “Peaceful Easy Feeling,” “Heartache Tonight,” and his single “True Love,” “The One You Love,” “The Heat Is On,” etc., which reached Billboard Hot 100. Thanks to his father’s contribution to music and fame, Otis has also gained some attention from the world.

As of 2021, Otis has been continually producing music. Hopefully, he will make his breakthrough in the musical industry in near future.

Personal Life & Death of his Father

Otis is quite a secretive person. He does not prefer to make public appearances, much like other celebrity children. Some information that we’ve gained about him is that Otis prefers to wear caps. He is also good at playing piano and guitar. He also smokes.

Frey currently resides with his mother. His father, Glen Frey died in 2016. He had rheumatoid arthritis since 2002 and later Glen suffered from ulcerative colitis and pneumonia which made his recovery impossible. After his death, his fellow band members of Eagles and other legendary singers like Linda Ronstadt, Don Felder, Don Henley, Jack Tempchin, etc., mourned his death. To honor the death of Otis’ father, Eagles performed the song written by Glen Frey called “Take It Easy” at the 58th Annual Grammy Awards. In addition, his father’s life-size statue has been made at the park in Winslow, Arizona, called “Standin’ on the Corner Park.”

Otis is active on Instagram. He has over 8.3 thousand followers and can be connected with @30k.ice. But, till today, he has only made 4 posts on Instagram and does come live once in a blue moon.

Otis turned 19 years old in 2021. He is a fine young man. But, taking a peek at some of Otis’ leaked photos on social media, the small boy who used to appear on the red carpet with his father is now all grown up. He has long brown hair and dark brown eyes. Otis has an average body build, and he is not much into the glamorous field. But, many people say his grown-up self looks like his father.

What is Otis’s current net worth?

There has been no any estimation made about Frey’s net worth yet. He shares his net worth with his father, Glenn Frey who had $120 million net worth in 2016. Otis has been living a luxurious life thanks to his dad’s substantial net worth. He was born with a silver spoon, and he still loves to brag about his luxurious life. He currently resides in Hollywood, California.