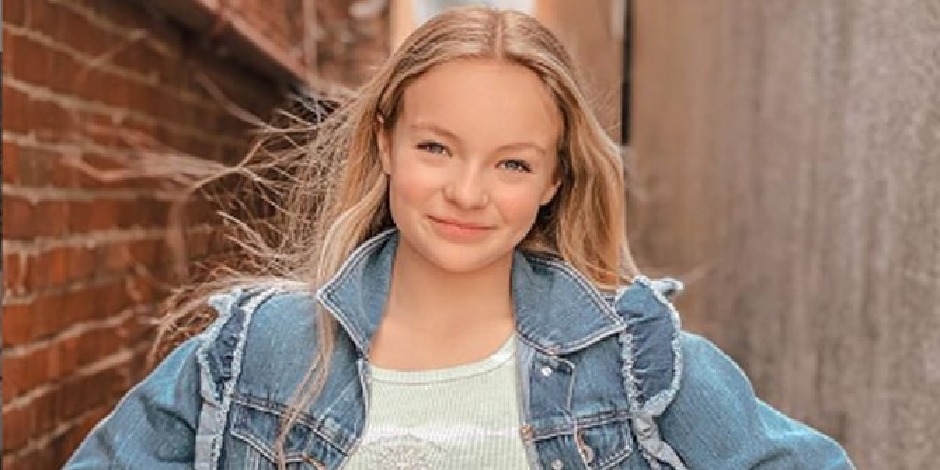 Pressley Hosbach is an American talented child social media influencer, dancer, and actress. She first gained fame after her appearance in the reality tv series, Dance Moms back in 2011. She has also performed as a backup dancer for the Canadian singer, Justin Bieber on his world tour for the album, Purpose.

Where was Pressley born and raised?

Hosbach was born on 10th October 2006 in New York City, United States. Her birth name is Pressley Isabella Hosbach and she was born to a dance studio owner, Ashley Hosbach, and her father, Eddie Hosbach. She has a half-sister, Grace Eisele, and being the youngest child in the family, she is raised well by her parents getting all the love and attention.

Hosbach is of American nationality belonging to white ethnicity. Her birth sign is Libra.

Where did Hisbach go to School?

Pressley is getting home-schooled as she is busy training in Nicole’s Broadway Dance Company. She also trained for a short time in Abby Lee Dance Company in Los Angeles when she was a participant in Dance Moms. She has also trained in Kanyok Arts Initiative for a short period while in New York. She also joined The Crew Dancers while in Los Angeles.

Despite her busy dancing career, she is still separating her time to study.

How did Pressley start her Career?

Hosbach started dancing when she was only 2 years old. In 2019, she appeared in the reality-tv series, Dance Moms. She appeared in a total of over 20 episodes of the series. she started gaining public attention with her performance. She then made her small appearance as a guest into the Pointe with Kristyn Burtt the same year.

In 2020, Hosbach appeared in a short video, D.R.E.A.M the Slumber Party. She made her acting debut the same year with the role of Roxie in the comedy, drama, mystery series, Stage Fright where she starred alongside Tahani Anderson and Skyler Guthrie.

Hosbach has also opened her own YouTube channel where she has already gained over 313 thousand subscribers. Her video consists of her daily vlogs, makeup style, dress-up style, room tour, and many more. She also has her own Merchlab for her own clothing line.

Hosbach is only in her teens but she has already gained fame with her amazing talent and hard works. She started her career earlier than many adult people. She hasn’t dated anyone except for the rumors in 2019 about her having a fling with baller dancer, Brady Farrar.

Pressley is currently 14 years old turning 15 years in October 2021. She is 5 feet 1 inch tall currently which is about 1.55 meters tall and weighs 38 kg or 84lbs. She has blonde hair and blue eyes. Her sexual orientation is straight and she is known for her dimpled smile and petite stature.

What is the current net worth of Hosboch?

As of 2021, Pressley has a net worth of 1.2 million dollars. the major portion of her earnings comes from her acting and dancing career. She is also making fortune from her social media as well as her YouTube channel. Apart from that, she has endorsed brands like Nike, Topshop, H&M, Levi’s, and others.