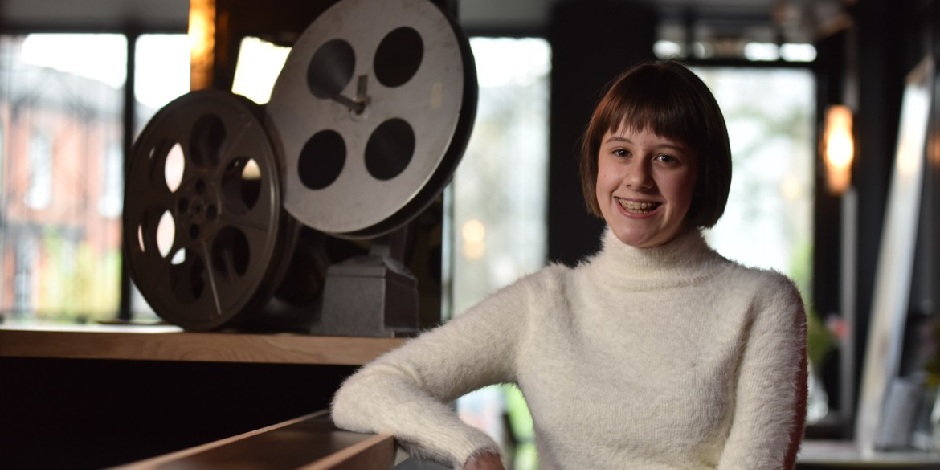 Ruby Barnhill is a British child actress who is famously known for her portrayal of Sophie in the hit fantasy adventure film, The BFG. She rose to fame and received several nominations including London Film Critics Circle Award, Young Artist Award, and Saturn Award nominations for her performance in the film.

Where was Ruby Born and Raised?

Ruby Barnhill was born on 16th July 2004 in a town of Cheshire called Knutsford, England. She was born to Paul and Sarah Barnhill with the birth name Ruby Ann Barnhill. Her father is also an actor who unfortunately couldn’t receive success in the film industry. She has a younger sister named Darcey Barnhill. As of 2021, Barnhill is 16 years old going to 17 in July of this year.

Barnhill is probably studying right now. She is also honing her acting skills and is associated with local youth theatre.

She is English and she has ethnicity white.  Her birth sign is Cancer.

How did Barnhill start her Career?

Ruby Barnhill made her career breakthrough in 2016 with her film debut, The BFG where she starred as Sophie alongside co-stars Mark Rylance, Penelope Wilton, Jemaine Clement, and others. Before giving her interview for the film, her parents didn’t think that she will make it into the movie. However, Barnhill received more encouragement to achieve the role seeing zero expectations from her parents. Thanks to that, Barnhill received immense success from the film.

Apart from the film BFG, Ruby Barnhill also took voice-over role for the animated Japanese fantasy film, Mary and the Witch’s Flower in 2018 as Mary Smith. She further voiced for the main character in Princess Emmy.

Barnhill has also taken television roles in 2015 as Isobel in the British comedy musical children tv series, 4 0’Clock Club to which she continued making her appearance till 2017.

As of now, Barnhill has been absent from the entertainment industry but hopefully, she will make her comeback with the breakthrough performances.

According to recent data, she measures 4 feet 11 inches tall which is 150 cm and she weighs 50 kg. She has brown hair and blue eyes.

Regarding the personal life of Ruby Barnhill, she has been busy making her appearances in several films and series. She is probably busy with her studies and she doesn’t seem to have dated anyone right now. She resides with her family.

Barnhill is interested in directing and writing plays on her own which she confessed during an interview with Get Into Film. She further loves Harry Potter and Sherlock Holmes.

Ruby Barnhill is not an active social media user. She does have her personal account on Instagram with over 200 followers. There are several fan accounts of her too. She can be connected by @ruby.barnhill on Instagram. She also has an official Facebook page with over 1.8 thousand followers.

How much is the Current Net Worth of Barnhill?

Ruby Barnhill has a net worth of around 500 thousand dollars which she made solely out of her acting career. A major portion of her earnings came from her role in the film, The BFG. We got to know that, she owns a luxurious car and owns her own house in England.