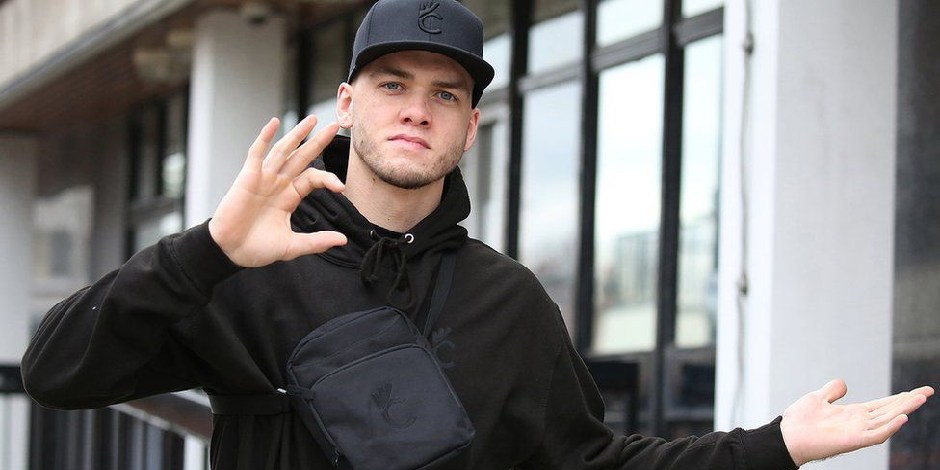 Ryan Taylor is a British YouTuber popular for his prank videos and BMX riding videos. He is also the owner of the CERTI apparel band.

Ryan Taylor was born on 18th March 1993 in England. He has British nationality and white ethnicity. Ryan hasn’t disclosed detailed information about his parents, but he is very close with them. His mother’s name is Julie, and she is suffering from anxiety. He grew up with his brother, Pat Casey. Ryan has the star sign, Pisces.

Taylor’s educational background is yet another mystery because he never opened about the school or university he attended. However, we believe he completed his high school from his hometown in England.

How did Ryan start his Career?

Ryan joined the YouTube channel in November 2011. Since the beginning of his YouTube posts, Ryan has been posting videos of him riding his bicycle. He is a professional rider and doesn’t hesitate to ride in dangerous places. Ryan can pull off any complex sites, but it wasn’t that easy at first. Ryan’s first video called “RYAN TAYLOR – CALI DREAMING” shows the short clips of him practicing despite several failed attempts. He also got a lot of scarce during the bike practices.

Following the success of his bike riding videos, Ryan has started making prank videos and several challenge videos. Some of his popular videos are “24H OVERNIGHT CHALLENGE IN A TRAMPOLINE PARK CHALLENGE,” “INSANE SECURITY CHASE ON BMX NIKE! *ESCAPE*,” “CLIMBING THE TALLEST BRIDGE IN ENGLAND,” and many more. Ryan’s most-watched video on YouTube is “RYAN TAYLOR – FULL SPEED BMX IN A WATERPARK!” which has over 36 million views.

Taylor was previously in a relationship with a beautiful woman as well as YouTuber named Karol Priscilla. The couple showed their love story on their YouTube channel during the year 2017. In 2018, Karol and Ryan got engaged. Karol gave birth to a baby boy, Knoxx Mateo. Unfortunately, the couple decided to break their engagement and went their separate ways the same year. As of 2021, Ryan Taylor hasn’t been introduced to any of his new love.

Talking about Ryan’s interest, he is a dog lover and has adopted several dogs, including German Shepherd and Pitbull. Ryan is also a fan of Joker from Batman. In 2020’s Halloween, he did the cosplay of Joker.

Ryan turned 28 years old in March 2021. He is a healthy and athletic man possessing an athletic and attractive body build. Unfortunately, Ryan hasn’t disclosed further information about his actual physical measurements; hence we will update once the data is open to the public. Some of the little details on his physical appearance are that Ryan possesses brown hair and blue eyes. He also has several tattoos on his arms and chest.

What is Ryan’s Current net worth?

Ryan Taylor has come a long way since he started his career. With his excellent riding skills, he has been able to get the interest of other bike companies. Ryan rides BMX RT1, which Ryan designed himself along with Collective Bikes and FIRMA. He has also collaborated with Vocal BMX. Following with endorsements, he has started his clothing line called CERTI.

Ryan is living a luxurious lifestyle. He rides expensive bikes and cars. In 2017, Ryan bought a MERCEDES A45 AMG, which has the current rate of $58,670 in the United States. He further has collections of NISSAN GTR, BMW, AUDI RS33, and several more. There has been no estimation made regarding his net worth, but looking at his car collections, we can say that he is a multi-millionaire with a net worth ranging from $1- $5 million as of 2021.