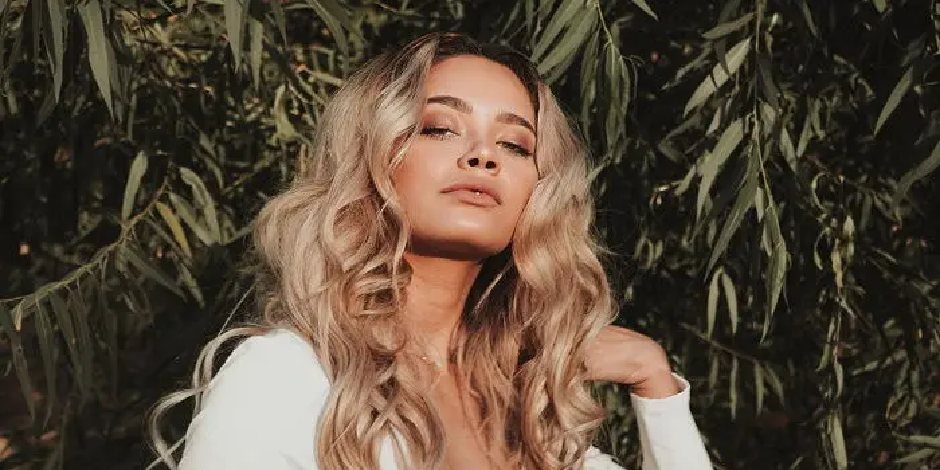 Shyla Walker is a social media personality from the United States. ‘THIS IS L&S,’ her collaborative ‘YouTube’ channel, is run by her and her boyfriend. Shyla and her boyfriend, Landon McBroom, the younger brother of basketball player Austin McBroom, run the channel.

Where was Shyla born and raised?

Shyla Walker was born on the 14th of October, 1997, in Los Angeles, California, United States of America (USA). Walker is currently 23 years old. Shyla is of mixed origin and holds the nationality of the United States. She was born and raised in the state of California. She and her lover are currently live in Los Angeles, California. Furthermore, there is no public information about Shyla’s educational credentials or the colleges she attended.

Unfortunately, Shyla has not disclosed any information regarding her parents or other family members. Nonetheless, it is known that she has a brother named Ruben Westside Chavez. Shyla’s zodiac sign is Libra.

Check out the latest updates on Lilac Petal AJ

How did Walker start her Career?

Shyla’s career began on YouTube and Instagram. Her popularity was boosted by a YouTube video she recorded with her partner and her consistently stunning Instagram photos. She also models for clothing companies and makeup artists such as @stylebyvega, @lauraboutique, and others.

Collaboration with her boyfriend on their YouTube channel, ‘THIS IS L&S,’ is the finest part. They post largely personal vlogs, as well as a variety of prank and challenge videos. Their first video was an introductory vlog in which they discussed their relationship in detail.

Similarly, their second video on YouTube received a million views. ‘REAL SPIDER PRANK ON GIRLFRIEND! *EXTREME!!* was the title of the prank video. Furthermore, the video captioned ‘I TOLD MY DAD I GOT MY GIRLFRIEND PREGNANT REACTION!!!’ has received over five million views.

Shyla Walker and Landon also have their own collaboration merchandise collection, which they sell on their personal website.

What is the relationship status of Shyla?

Shyla hasn’t married yet. Landon McBroom, on the other hand, is her boyfriend. The two have long been seen as the epitome of a perfect celebrity couple. They first met on Twitter in 2017 and have been dating since.

In May of this year, the couple shared a video on their YouTube page announcing their pregnancy. They were expecting a baby girl, according to a video uploaded on Shyla’s Instagram on August 21, 2019. Similarly, on December 24, 2019, the couple had their first child, Souline Amour McBroom. Shyla Walker has likewise kept her previous romances a secret from the general world.

Shyla Walker shared a video on January 27, 2020, in which she discussed her personal experience with depression symptoms. She said in this video that her hormones changed after she gave birth to her baby, and she experienced depression symptoms as a result. She had the impression that no one cared about her, that she lacked friends and many other things.

Her Instructor had previously taken good care of her and she had begun taking hormone-controlling tablets. She speaks from the heart about the changes that occur after pregnancy in her video.

Shyla wanted to be a professional baby cuddler before she entered the social media world. She adores babies and has always wished to work in a position that requires her to care for them. Baby pink is Shyla’s favorite color. Elephants are her favorite animals. People who chew with their mouths open and make noises while eating irritate Shyla.

Shyla stands at a height of around 5 feet 6 inches, or 1.68 meters. Walker weighs around 58 kilograms. When you look at Shyla’s attractive body, it’s clear that she exercises and maintains a healthy weight. It’s unclear what her fitness routine entails, but she’s clearly been working out.

Check out the latest updates on Famous Youtuber Nick Bean

As of 2021, Shyla Walker’s net worth is predicted to be $1 million. This includes her property, funds, and earnings. Her job as a Social Media Personality is her main source of income. Walker has amassed wealth from her numerous sources of income, but she likes to live a humble lifestyle.