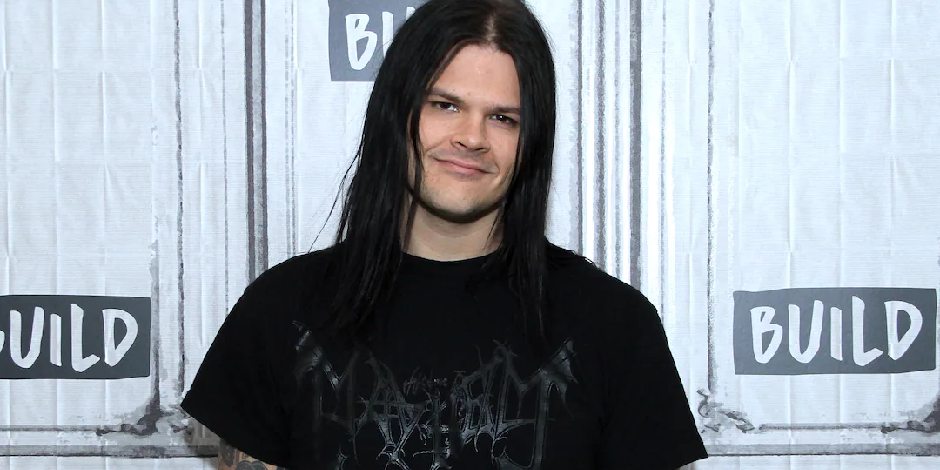 Travis Bacon is an American singer and actor known for his appearance in the television movies “Loverboy” and “Girls Weekend.” He is also one of the band members of American black metal called Black Anvil. He is famous for being the son of American stars Kyra Sedgewick and Kevin Bacon.

Who are the Parents of Travis?

Travis was born on 23rd July 1989 in Los Angeles, California, United States. His birth name is Travis Sedgwick Bacon, and he was born in a wealthy family. He is the oldest son of American celebrities Kyra Minturn Sedgwick and Kevin Norwood Bacon. He has a younger sister named Sosie Ruth Bacon. His sister also followed the footsteps of their parents and is now a well-known actress.

Born on millionaire parents, Bacon had a lavish upbringing, and fame was on his side even before he was born. He has American nationality and mixed ethnicity with English ancestry. His grandfather was an American urban planner, Edmund Norwood Bacon. Bacon was born under the star sign Cancer.

Check out the latest updates on Sosie Bacon and Loverboy

Travis completed his high school in California from a local school. He later moved to Olympia, Washington, where he joined Evergreen State College. He completed his Bachelor’s with a degree in audio engineering.

How did Bacon start his Career?

Travis had his goal set to music since his early years. After completing his Bachelor’s degree, he started working with The Wild Arctic company as an assistant engineer. He further started working for several bands and performing in stages.

He soon rose to popularity with his unique music styles and performances. He has amazed the people with his performances in several places like ‘The Acheron,’ ‘Union Hall,’ ‘St. Vitus Bar,’ and many more.

The band initially had 3 members, namely Paul Delaney, Raeph Glicken, and Jeremy Sosville. He is the guitarist of the band. Apart from being a band member, Bacon has opened his own recording company called Broken Box Recording Company.

Although Bacon might not be much known in the public media, he is enjoying a successful career doing the things he enjoys most. After joining Black Anvil, the band has released their 4th album called ‘As Was’ in 2017. He is independent of his own without any support from his parents.

Check out the latest updates on American Actor Taj Cross

Travis is currently single; in fact, there has been no record of his past relationships. He is neither married nor has any children of his own. He prefers to stay away from social media interaction except for his professional purposes.

When Bacon was small, his parents accidentally left him inside the car with the keys inside. With all the windows closed and keys inside the car, the situation was out of control. If a nearby person hadn’t broken the car’s windows and took him out, Bacon would have probably been dead. It was one of the near-death experiences he ever faced.

Bacon is currently 31 years old, turning 32 years in July 2021. He is 5 feet 10 inches tall and weighs 65 kg. He has black eyes and black hair. Being a member of the rock band, he is known for keeping his hair in shoulder-length and black dress-ups. He has several tattoos on his body and has an average body build.

Travis does not have any interest in social media. He prefers to keep it low-key, only focusing on his professional life. Therefore, he is not seen on any social media platforms like Instagram, Twitter, or Facebook.

Check out the latest updates on Tyler Atwood

What is Travis’s Current Net Worth?

Bacon is a professional artist, so his major sources of earning come from the music he produces. He makes a fortune from his own company; apart from that, his other sources come from his performance in various concerts and tours. He is living a luxurious lifestyle indulging himself in making songs and music. He may not have any social media presence, but he is successful with a net worth of $2 million as of 2021.