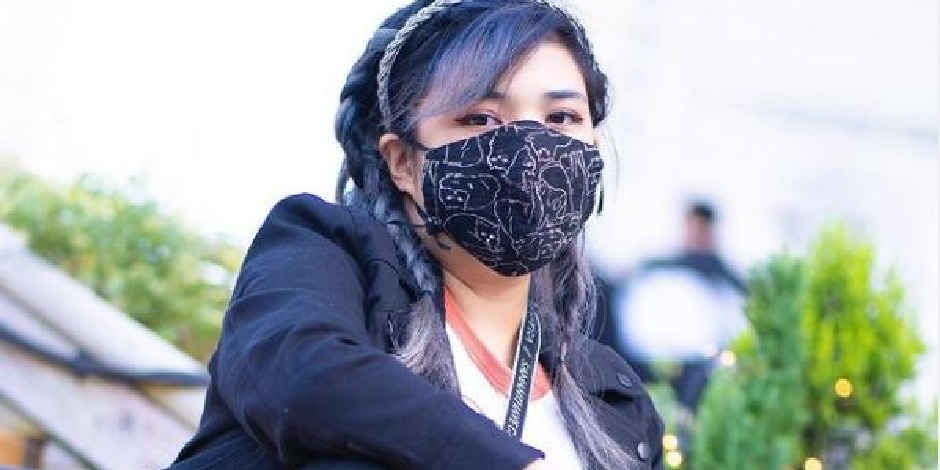 Akidearest is a famous Filipino-American YouTuber who was seen posting videos about anime, manga, otaku culture, and also Japanese-related content.

Akidearest, whose real name is Agnes Diego was born on 16 May 1993 in the United States. She has a younger sister and further information is not known about her family. Currently, she is 28 years old and her zodiac sign is Aquarius.

She holds an American nationality and belongs to Asian ethnicity as per her ethnic background.

To talk about Akidearest’s physical statistics, she has got a height of 5 feet 2 inches and a weight of 72 kg. Besides this, she has dark brown hair with dark brown eyes. Her sexual orientation is straight.

Where did Akidearest go to School?

Earlier, She was raised in Virginia and from there, she moved to Las Vegas, Nevada. For her education, she attended school and when she was attending school she was seen working at a thrift shop, bookstores, and also include movie theatre. Later, she completed her graduation in psychology from university and then, started her career after creating the YouTube channel.

How did Akidearest start her Career?

Her career has been started since she created her YouTube channel and started posting videos. After she got all the attention of people and earned 2.5 million subscribers on her YouTube channel, she also started appearing as a special guest in several anime conventions and events.

In 2016, she was seen appearing as a special guest in the convention “Otakuthon” and then, in the same year. She was also seen attending the event called “Anime Matsuri”.

In 2019, she was seen appearing in “The World Next Door” by Rose City Games. Further, in 2020, she was also seen taking an interview of MIYAVI at YouTube Studios who is a Japanese guitarist and artist. Likewise, she also co-hosting the SBS Podcast with her boyfriend Joey.

Currently, Akidearest is in a relationship with The Anime Man whose real name is Joey Bizinger and they are living their happy and romantic life together in Japan. They both love anime characters and anime series so that their similarities made them fall in love with each other.

Besides this, She has a YouTube channel with the name “akidearest” where she has 2.76 M subscribers and total views reached 388 million. On December 18 2014 she created her channel and on 26 December 2014, she uploaded a video with the title “REACTION: DMMD Love Scene”.

She was seen posting many videos on her YouTube Channel, including some Anime videos. She became able to earn more popularity in her career after uploading anime videos and cosplay on her channel. Among all the videos that she posted on her YouTube channel, the one with the title “So I Gave My Alexa a Pikachu Voice and It’s Weird” is the most view video. She is seen enjoying her profession and she loves what she does.

How much is the Current Net Worth of Akidearest?

This YouTuber is a 28 years old girl with a beautiful face and mind who grabbed many people’s attention after she created her YouTube channel and began posting interesting videos. She is an active and talented girl who has an estimated net worth of $900k to $1 million.