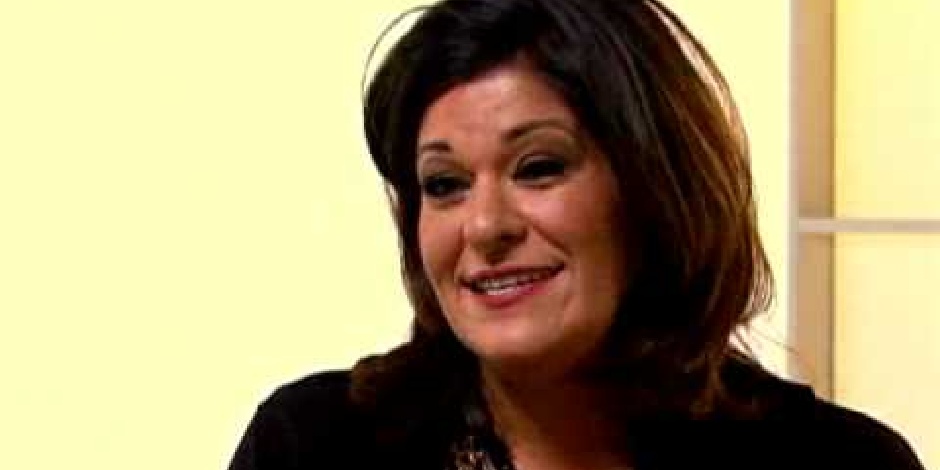 Antonella Nester is a former host of an American flagship shopping channel called Quality Value Convenience (QVC). She is known for her cheerful personality that made every viewer feel homely and friendly watching her in the television.

Where was Antonella born and raised?

Nester holds American nationality and has mixed ethnicity. The first 4 years of her childhood were spent in Harrisburg and she later moved to New Cumberland where she grew up. Her parents still reside there.

Where was Antonella go to School?

Antonella Nester is an educated medical student. She first completed her early education at St. Theresa’s which is located in New Cumberland. In 1982, she later graduated from Trinity High School. She attended Penn State’s Mont Alto Campus for a short while. She later changed her university to study medical technology in University Park. She graduated from her university in 1987.

Who is Nester married to?

Antonella Nester tied her knot to her university best friend, Chris. After remaining friends of 3 years, the couple tied their knot. The couple is blessed with 2 sons and a daughter namely Michael, Philip, and Hope respectively.

The couple retired in the same year. They could not save enough money for their retirements and moreover, Nester’s treatment for cancer led to more expenses. The couple decided to sell their home and live their life in boat which she mentioned in a video, ‘Good Bye home…selling our home’ in her YouTube channel. The couple had already planned about living their retirement days in the boat long before. Nester shares her everyday life on a boat on her YouTube channel.

Antonella Nester turned 57 years old as of 2021. She is physically not well as she was recently diagnosed with breast cancer. It was only non-Hodgkin lymphoma at the beginning but after the surgery in December 2020 was diagnosed as breast cancer. She lost 40 pounds after her cancer check-up despite her regular health care.

Nester has always been an active woman with a cheerful personality. She has an average body build. She possesses black hair but prefers to dye it blonde. She has blue eyes and her distinctive feature is her wide smile.

Antonella Nester is an active social media user. She has over 12.5 thousand followers on Instagram where she can be connected by @antonella_nester. Her official Facebook page has over 73 thousand followers and she has gained over 44 thousand likes. She also has a Twitter account which she joined in 2014 and seems like she doesn’t use her Twitter account anymore. She has 62 followers and can be connected by @anesterQVC.

Nester has also opened her own official YouTube page where she has gained over 15.3 thousand subscribers and can be connected by @Antonella M Nester.

Check out the latest updates on Cheryl Bonacci

What is the current net worth of Antonella?

There is no concrete estimation made regarding Antonella Nester’s net worth yet however, she has an average yearly salary of a minimum of 21.5 thousand dollars to 32 thousand dollars as a QVC host. She is currently living a decent retired life in a boat. Since she was diagnosed with cancer and her retirement money was used for her treatment, the GoFundMe platform has been raising funds for her since March 8, 2021. The donation is still valid so anyone can donate her Here.