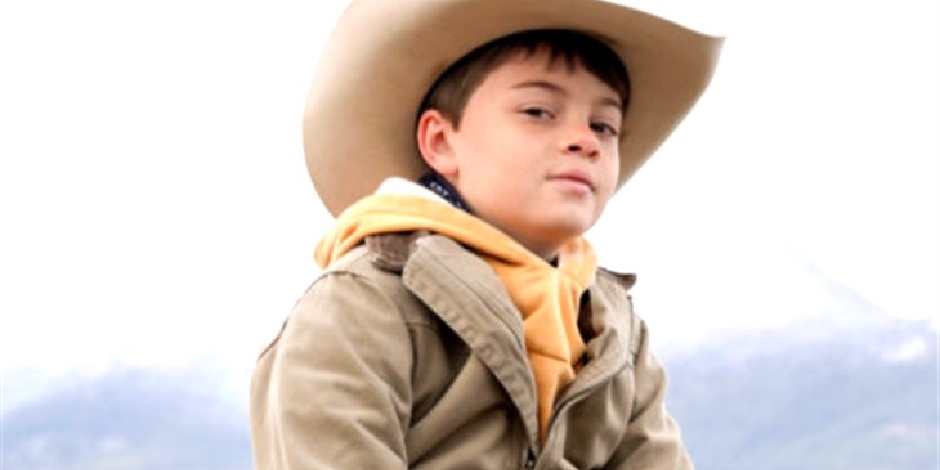 Brecken Merrill is a rising American child actor who is gaining fame worldwide for his appearance in the television series, “Yellowstone.” Merrill has won the heart of millions of people with his role as Tate Dutton in the successful drama series.

Brecken Merrill was born on 20th June 2008 somewhere in the United States. He hasn’t mentioned the name of his parents yet as they always remain behind the curtains. Something we do know about his parents are they are very supportive of him. Brecken has American nationality and white ethnicity. He has Gemini as his birth sign.

Merrill grew up with his two siblings Karis Merrill and Seren Merrill who often appears on his Instagram account. He is growing up in a healthy and rich family.

Brecken Merrill hasn’t disclosed further information regarding his educational background. Since he has been involved in an acting career since he was 10 years old which gives him less time to focus on his study. From what we hear, Merrill has currently enrolled in some New York-based institutions where he is training to be a better actor.

How did Merrill start his career?

Brecken Merrill gained fame after his film debut in 2018. He landed the role of Tate Dutton in the drama television series “Yellowstone.” He starred in the series alongside stars such as Kevin Costner, Luke Grimes, Hassie Harrison, Danny Huston, Kelly Reilly, Neal McDonough, and many more. Merrill has appeared in over 40 episodes of the series and is preparing for the next seasons.

Merrill will next be appearing in the film, “We All Got Up to Dance” portraying the character of Emmett LeClair. With his increasing fame and popularity, we believe that Merrill will be taking bigger roles in the future.

Brecken Merrill is currently focusing on his career. he has never been to any of the relationships yet nor has he ever declared anyone as his lover. He spends most of his vacations and free time with his family. Merrill is a huge pet lover. He has two golden retrievers as well as a cat and a pet dog named Betty.

Apart from acting, Merrill is a huge fan of football. He enjoys watching and playing football. He supports Seattle Seahawks. Merrill loves pizza and in his 30 thousand followers on Instagram, he threw a huge pizza party calling over 30 thousand friends.

Brecken Merrill celebrated his 13th birthday on June 2021. He is growing to be a fine man. Brecken is currently 4 feet 8 inches tall which is about 142 cm. Merrill is aiming to grow taller. He is currently learning Muay Thai and boxing. He possesses brown eyes and light brown hair.

What is the current net worth of Brecken?

Brecken Merrill makes a huge amount from his career. With the success of the television series, Yellowstone, Merrill’s earnings have increased more. According to TasteofCountry, the main actors of the series earn about $200 thousand per episode from the series. Since Merrill has appeared on more than 30 episodes, we believe he has made fortune from his career. With his rising success, Merrill is going to hit a million soon.

Merrill currently resides in the United States with his parents and siblings. Most of his time is spent working on his acting career as well as classes. Despite all the rising fame, he is working harder to gain more success.