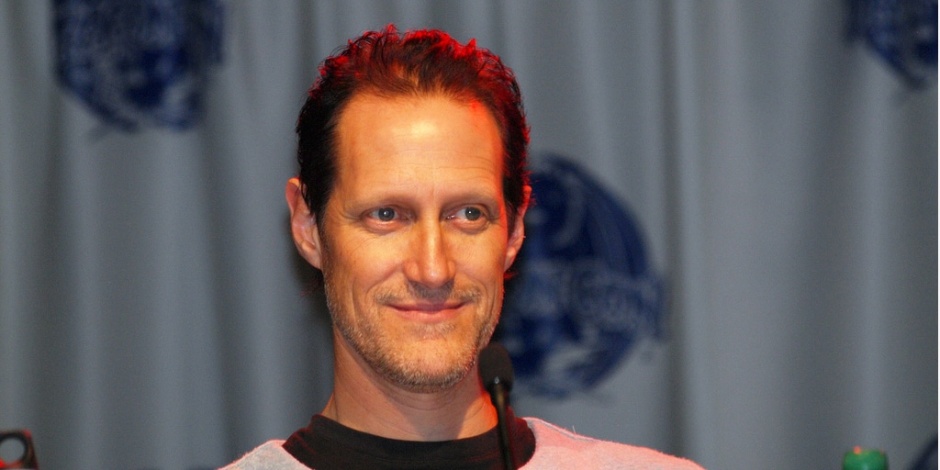 Christopher Heyerdahl is a well-known Canadian actor who is popularly known for his roles in “Stargate”, “Van Helsing” and “Hell on Wheels” alongside Ben Esler. He has been seen working actively in his career since the year 1987.

Where was Christopher born and raised?

Christopher Heyerdahl was born on 18 September 1963 in British Columbia, Canada and there is no information about his family. Currently, he is 57 years old and his zodiac sign is Virgo.

Christopher Heyerdahl holds both Canadian and Norwegian nationality and belongs to Norwegian and Scottish ethnicity.

Where did Christopher Heyerdahl go to University?

Earlier, Heyerdahl went to attend the University of Oslo and there is no further information about his early life and education as he used to keep his personal life private.

How did Christopher Heyerdahl start his career?

Further, he played the role of Darien in the movie “Twists of Terror” in 1997, and in that year, he was also cast as Pine Billy in the movie “The Education of Little Tree”. He was seen playing the roles in several movies which also includes The Ghosts of Dickens’ Past” in 1998. Moreover, he was also seen in the TV movie “Out of Mind: The Stories of H.P. Lovecraft” as Howard P. Lovecraft. Furthermore, he was cast as Ernst Kaltenbrunner in the TV movie “Nuremberg” in 2000.

Besides this, he was seen in the movie “Stockholm” in 2018, and then, in 2019, Christopher Heyerdahl was also cast as Jim in the movie “Adopt a Highway”. He was also seen as George Maynard in the movie “Togo”.

In the year 1993, he was seen appearing as Leonid in the series “Are You Afraid of the Dark?”. Likewise, he was also seen as Walt in the TV miniseries “The Maharaja’s Daughter”.

Likewise, he was seen appearing in several series in his career which also includes the series “Stargate: Atlantis” where he was seen playing the role of Todd, Halling, Male Wraith from 2004 to 2009. After that, he also made his appearance as Zor-El in the American superhero television series “Smallville” in 2007. Later, he was also cast as Rufus Griswold in the American television series “Masters of Horror”. In 2006, he was seen as Jan van der Heyden in the series “The Collector” for which he had won Leo Award.

From the year 2007 to 2009, he played the role of John Druitt and Bigfoot in the Canadian science fiction fantasy television series “Sanctuary” for which he became able to win the Leo Award. Later, in 2009, he got the role of Alastair in the series “Supernatural” and the next year, she was seen playing the role of Kevin Reikle in the series “Caprica”. He was also seen appearing as Thor “The Swede” Gunderson in the television series “Hell on Wheels” from the year 2011 to 2016, for which he became able to win the ACTRA Montreal Award and received lots of nominations.

Besides this, he appeared in the series “R.L. Stine’s The Haunting Hour: The Series” where from the series, he became able to win Leo Award. Furthermore, he was seen playing the role of Jack Buchinshy or Electrocutioner in the American action crime drama television series “Gotham” in 2015. Likewise, he got the role of Grigori Rasputin in the series “The Librarians” in 2017, and from 2017 to 2018, he was cast in the main role of Don Berryman in the series “Damnation”.

Later, in 2020, he was seen as Oscar Wallace in the series “Messiah (American TV series)” and also seen as Wen in the American television series “Star Trek: Discovery” alongside Yadira Guevara-Prip.

Further, he will also be seen appearing in the upcoming movie “Corner Office”. He will be seen playing the role of Captain Locke in the upcoming American television series “Peacemaker” in 2021.

Christopher Heyerdahl seems to be single and there is no rumor about his relationship as he used to keep his personal life private.

To talk about his physical statistics, Christopher Heyerdahl has got a height of 6 feet 4 inches (1.93 m) and a weight of 88kg. Besides this, he has salt and pepper hair with blue eyes.

What is Christopher’s current net worth?

Heyerdahl is an active and talented actor who was seen appearing in several movies and series in his career has an estimated net worth of $4 million.