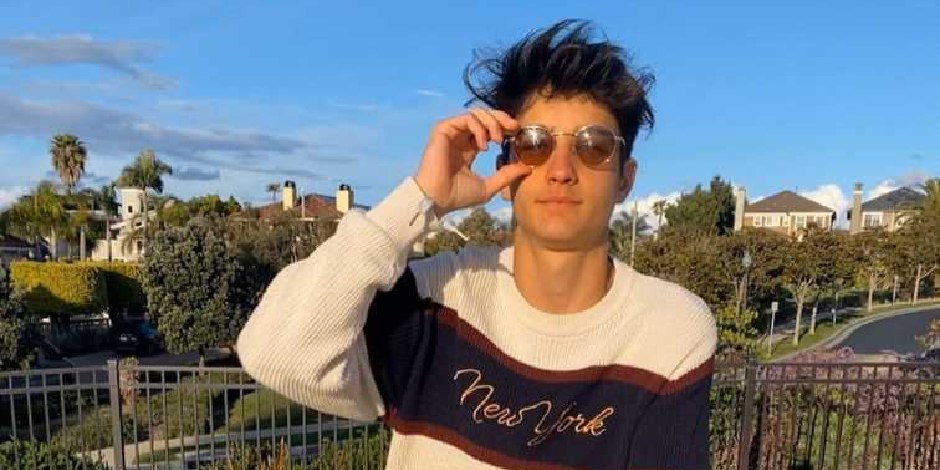 Dom Brack is an American-born social media star who gained more fame and success in his career after he started posting prank and fun videos on his YouTube, TikTok, and Instagram account.

Dom has got massive followers on his social media accounts.

Where was Dom born and raised?

Dom Brack, whose real name is Dominic Brack, in the United States, was born on 28 July 2003 as a son of a father, Andrew, and a mother, Katy Brack. He has a sister whose name is Arianna Brack. Currently, he is at the age of 18, and his zodiac sign is Leo, as he was born on 28 July.

Dom holds an American nationality, and as per his ethnic background, he belongs to the Caucasian ethnicity. Likewise, he follows the Christianity religion.

Dom Brack spent his childhood happily with his family and grew up along with his sister. According to some sources, it is come to know that his mother is a renowned painter, but his father’s profession is still missing. He seems close to his sister and also posted photos with her. Further, he seems quiet about his family members as he likes keeping his personal life private from the media.

To talk about his education, he attended Orange County High School. After that, he also took the class at Margie Habor Studios. He was interested in acting, so he began his acting career in theatre at the age of ten.

Dom is in a romantic relationship with his girlfriend Sofie Dossi, a TikTok star and the finalist of the 11th season of America’s Got Talent. They also prank their friends, telling them they are dating, but they were not in a relationship at that time. Later, they officially dated each other. Currently, they posted many videos together as a couple.

To talk about Dom Brack’s physical statistics, he has a height of 5 feet 10 inches (1.78 m/ 178 cm), and his exact weight is missing, but his weight ranges from 62 kg to 67 kg. Further, he is a good-looking guy with brown hair and blue eyes.

Dom Brack is active on Instagram with the tag name (“@thedombrack”), where he has 957K followers and posted 129 posts. In addition, he has posted many photos and videos with his girlfriend and friends, which many people liked.

Brack is also active on Twitter with the tag name (“@TDombrack”), where he has 1930 followers and tweets 27 times. He also created a Facebook account named “Dom Brack”, with over two thousand followers.

Brack has also created a YouTube Channel named “Dominic Brack”, with 1.26M subscribers. He joined on YouTube on 13 July 2014 and started posting many pranks and fun videos with his girlfriend and friends.

Check out the latest updates on Sofie Dossi

A good-looking, active and talented Dom Brack is a social media influencer who gained more fame and popularity through the proper use of social media platforms. Currently, he is enjoying his standard life with an estimated net worth of $700K to 900k$.