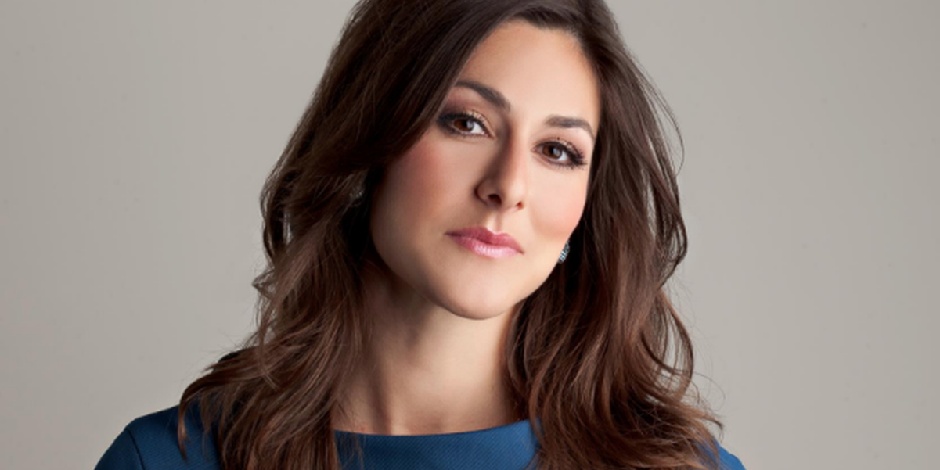 Erielle Reshef is a Daytime Emmy Award-winning national correspondent. She is currently working for ABC News hosting “Good Morning America” and “GMA3: What You Need to Know.”

She is the former anchor of Hearst Television and IBA English News.

Where was Erielle born and raised?

Erielle Reshef was born on 23rd September 1983 in Oklahoma, United States. her full name is Erielle Roodman Reshef and she is the daughter of Dr. Eli Reshef and Edie S. Roodman. She is very close with her parents. Reshef grew up with her two brothers Evan Reshef and Jackie Reshef.

Reshef has American nationality and white ethnicity. She was raised in a wealthy family and happy household. Her parents are very supportive of her and both her brothers are settled with their beautiful wives. Reshef has Libra as her zodiac sign.

Erielle Reshef is an educated woman. Upon her completion of high school education, she joined Indiana University Bloomington in Bloomington, Indiana. She completed her Bachelor’s degree in 2005 in Political Science and Jewish Studies. Reshef further continued her Master’s degree from Reichman University, aka IDC Herzliya. In 2010, she graduated with a Master’s degree in Diplomacy and Conflict Studies.

Erielle Reshef joined IBA English News after completing her Master’s degree in 2010. She served as a weekend anchor and the news used to run on Israel Channel 1 TV. After working for 2 years and 6 months in Jerusalem, Reshef moved to Oklahoma. She joined Hearst Television as a weekend evening anchor. She also worked for KOCO 5 News as a reporter. Reshef soon became the morning news anchor full-time for KOCO 5 News.

In 2017, Reshef joined ABC News where she started working as a correspondent. She started hosting the news “Good Morning American Weekend Edition” and she joined “ABC World News Tonight with David Muir” in 2017. In 2020, Reshef also started hosting the news show “GMA3: What You Need to Know.” In 2019, she won the Daytime Emmy Awards for Outstanding Morning Program alongside several other correspondents and anchors.

Erielle Reshef is married to a handsome man named Daniel Frankenstein. They tied their knot on 20th May 2010 and they are now blessed with two sons namely Marvyk Julius Frankenstein and Mayr Reshef Frankenstein. Her husband is an investment banker and very supportive of her. They currently reside in New York. Reshef does not prefer to talk much about her personal life and hobbies much on social media. She is rather focused on her professional life. She usually spends her vacations with her husband and children.

Erielle Reshef is a beautiful and independent woman. She celebrated her 38th birthday in September 2021. Reshef stands 5 feet 6 inches tall and weighs about 60 kg. She possesses brunette hair and brown eyes. There is no detailed information regarding her body measurements but Reshef takes great care of her health. We can see her performing heavy yoga practices as well as boxing on her social media.

Erielle Reshef has an estimated net worth of over $400 thousand as of 2021. She is a successful correspondent and has been gaining fame and success since she joined ABC News. Reshef is leading a luxurious life with her husband and child yet she is focused on her professional career at the same time.