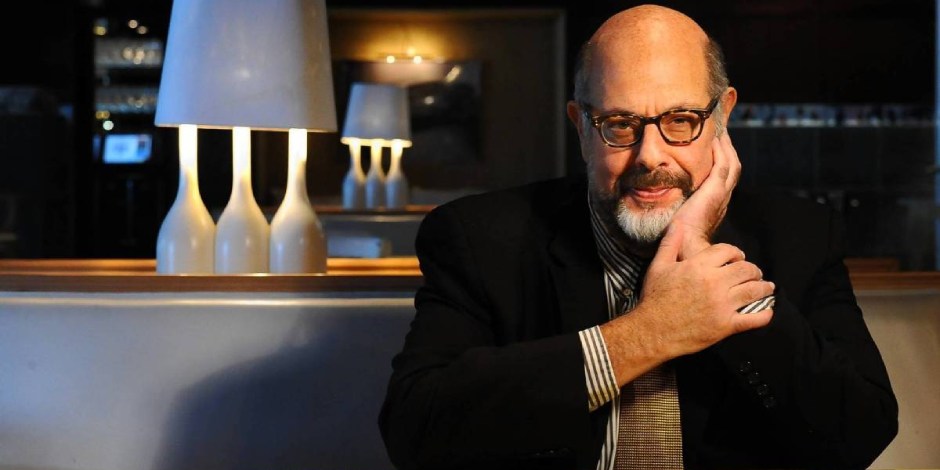 Where was Fred born and raised?

Melamed was born on 13th May of 1956 in New York City of United States. His birth name is Fred Melamed and is the son of Stan Silverstone, a British psychoanalyst, and Nancy Zala who is an actress and director. He was adopted by actress Syma Melamed and a television producer, Louis. He used to play lead guitar during his high school.

Fred Melamed has an ethnicity white and his nationality is American. He has Taurus as his birth sign and his sexual orientation is straight. He is 65 years old as of 2021.

Where did Melamed go to University?

Melamed received his education from Hunter College Elementary School in New York. He then joined Riverdale Country School. He later graduated with Bachelor’s degree in arts from Hampshire College and later finished his Master’s degree from Yale University.

How did Fred start his career?

Fred made his film debut in 1983 with the romantic comedy film, Lovesick as a psychoanalyst. Melamed made his television debut in 1981 with the soap opera, One Life to Live as Alberto Cervantes.

In 1986, he voiced the character Cabeza in the drama film, The Mission and further in the film Hannah and Her Sisters and The Manhattan Project.

Melamed made several small appearances in the film The Dictator, In a World…, Get on Up, Hail Caesar!, and others. He landed his first major role in the 2017 comedy-drama film, Lemon as Howard. Fred Melamed then starred in the 2018 film, Dragged Across Concrete as Mr. Edmington, and the following year he starred in Lying and Stealing as Dimitri.

Melamed will voice for the character mayor in an upcoming computer-animated film, Rumble which is scheduled to release in 2022.

In 1991, he voiced as an announcer in an American crime drama series, Silk Stalkings for over 54 episodes. Fred Melamed voiced for several other films FTL Newsfeed, The NFL Today, Courage the Cowardly Dog, and others.

He also made several small appearances in several series like Benched, Blunt Talk, Casual, Lady Dynamite alongside Sonny Valicenti, Medical Police and F is for Family alongside Amy Sedaris.

Melamed has voiced for several video games. His first voice-over role was as an announcer in an American football game, NCAA Football in 1998. Following year, he voiced the character, Lex Luthor in The Multipath Adventures of Superman. He then voiced for Cris Fromage in the famous game, Grand Theft Auto alongside Olivia Negron and Jimmy Ray Bennett and its series. He has a further voice for the video game Diablo III: Reaper of Souls, Adventure Time: Pirates of the Enchiridion, and Fallout 76.

How many awards does Melamed have?

Melamed has been nominated with BSFC Award, Gotham Independent Film Award, and VVFP Award after his performance in the comedy-drama film, A Serious Man. In 2010, he was awarded Robert Altman Award which he shared with Ethan, Joel Coen, and others all for his work in A Serious Man.

Who is Fred married to?

Melamed is committed to Leslee Spieler. They tied their knot in 1999 and are now leading their happy life with their 2 children. He moved to Hollywood with his parents when he was 16 years old due to their financial problems. He grew up in a non-religious family and never attended a religious school. However, he later changed to a religious person.

What is the current net worth of Fred Melamed?

Fred Melamed has an estimated net worth of 1.4 million dollars. His net worth is going to increase more in the coming days as he has been actively working on new projects. He is leading simple life away from luxury and social media.