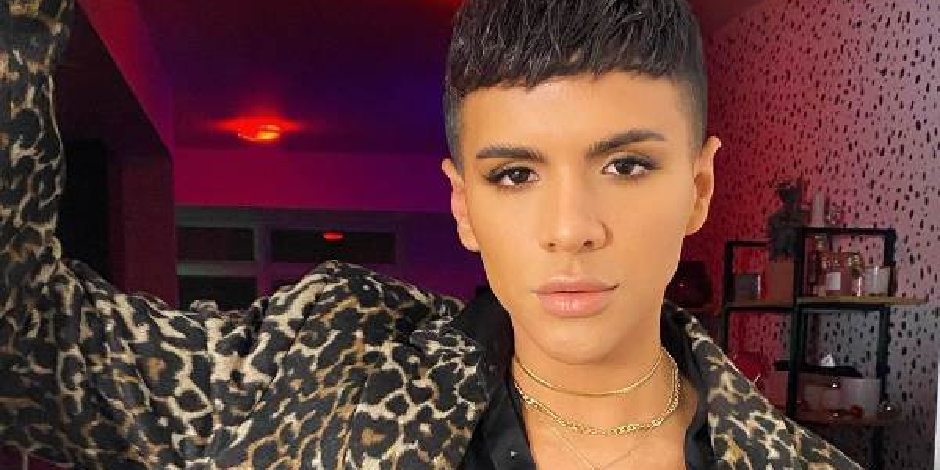 Gabriel Zamora is a popular American YouTube personality. He is best known for his self-titled YouTube channel, which contains a variety of beauty-related videos.

Gabriel was born on the 10th of March, 1993 in Los Angeles, California, United States of America (USA). Gabriel keeps his personal life information to himself. As a result, no one knows his father’s or mother’s names. He has three siblings, but no one knows who they are. He is also of Latino origin, but no information regarding his religion is provided. His zodiac sign is Pisces.

Gabriel’s nationality is American and he is 28 years old at the moment.

His high school name is unknown, however, he attended San Jacinto College to pursue a marketing degree after graduating from high school. He studied business at Housten College before dropping out and heading to Los Angeles. Aside from that, Zamora has never disclosed any information about his educational history.

Check out the latest updates on Ryan Henry

How did Zamora start his Career?

During his studies, he was hired as a social media coordinator for Lilly Lashes, a firm owned by attorney Lilly Ghalichi, who is also a well-known reality television personality, novelist, and businesswoman who has appeared in the film “Shahs of Sunset.” He had to use several sorts of marketing to promote the company’s products and services as part of his work.

Zamora acquired a significant interest in sharing his make-up talents and passion through YouTube while working for Lilly’s firm. He was able to contact YouTube personality Dulce Candy, who is known for her do-it-yourself tutorial videos, thanks to his work for a high-profile company, which led him to try his hand at starting his own YouTube channel.

While Gabriel’s make-up videos drew a lot of attention, some of his most successful videos included other YouTubers including Nikita Dragun, Laura Lee, and Lilly Ghalichi. His vlog videos, particularly those in which he talks about his life and includes more intimate details, have also garnered a lot of interest.

His online celebrity led him to collaborate with Michelle Phan, another YouTube personality who was launching a cosmetic product subscription service. He decided to work on the initiative, which was ultimately dubbed Ipsy and allows customers to pay $10 per month for a make-up bag including five cosmetics samples ranging from make-up to nail and skin products, as well as scents.

It began in 2011 and has since grown in popularity, with over three million subscribers, according to the website. This indicates that the website made $30 million in revenue only through memberships, however, the total profit is unknown.

Check out the latest updates on Kayla Rae

Zamora is a gay male who is currently unattached. His boyfriend and personal affairs remain a mystery. Apart from that, he hasn’t revealed anything about his personal life. His family members are likewise accepting of his self-declared LGBT sexual orientation. Aside from that, when it came to cosmetics, he looked up to Patrick Starr.

Zamora has bright brown eyes and is experimenting with colored hair. Furthermore, Gabriel Zamora is 5’6′′ tall and weighs 62 kg (143 lbs). He has a slim body type with unknown waist, chest, and hip measurements.

Likewise, his YouTube channel, which is self-titled, has 778K subscribers. He also shares a lot of images with members of the LGBTQ+ community, the majority of whom are also well-known YouTubers.

Check out the latest updates on Laura Fonseca

According to sources, Gabriel Zamora has a net worth of over $400,000 as of 2021, which he has amassed through his many undertakings. His online celebrity has opened up many doors, including sponsorships and partnerships.