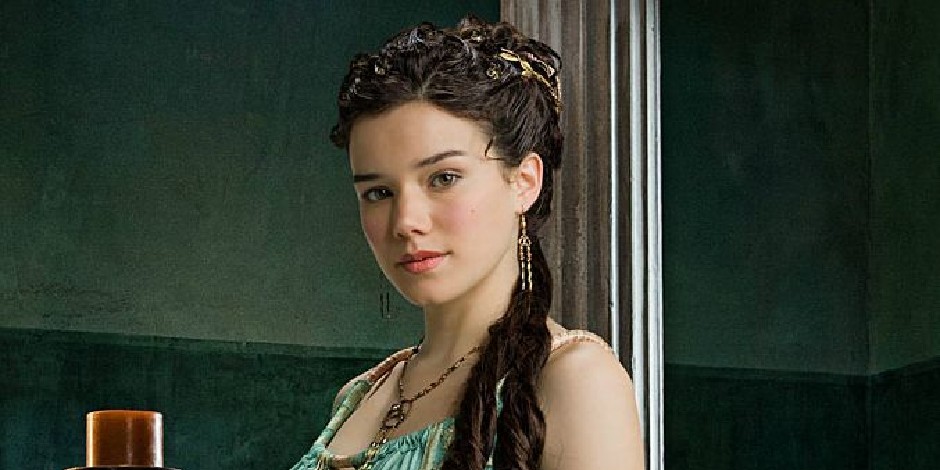 Hanna Mangan Lawrence a beautiful English-Australian actress who is popularly known for playing the roles of Seppia in the series “Spartacus: Vengeance” and as Holly Atherton in “Bed of Roses” alongside Josh Brolin. Hanna has been seen working actively in her acting career since 2006.

Where was Hanna born and raised?

Hanna Mangan Lawrence was born in London, England, the United Kingdom on 5 March 1991 as a daughter of a father, Ray Lawrence, and a mother, Meggie Mangan. Her mother is an English teacher and playwright where her father is geography, economics, and business studies teacher. Currently, she is at her age of 30 and her zodiac sign is Pisces.

Lawrence holds both Australian and British nationality and belongs to the White ethnicity.

Hanna Mangan Lawrence was born in a well family where she also has one half-sister named Roisin and also has two half-brothers named Liam and Reuben. Likewise, her stepmother is Paddy who is also a teacher and she also has step-sister Zoe from her stepmother. Hanna grew up wither sibling and had memorable childhood.

In her early life, he was interested in gymnastics and seen becoming a member of the Gymnastics team to represent Australia. Later, she had also won “Acrobat of the Year – International – Senior” in 2005 at the Gymnastic Australia national Awards.

Hanna Mangan Lawrence attended Newtown High School of the Performing Arts from where she became able to complete her high-school education. Further information about her further study has been kept secret as she used to keep her personal life private.

How did Lawrence start her Career?

Hanna Mangan Lawrence started her acting career after she had been cast as Georgie in the movie “Sexy Thing” in 2006. After that, in 2008, he was seen appearing as Chasely in the movie “Acolytes” and the same year, she was also seen playing the role of Lily in the movie “The Square”.

Further, from the year 2008 to 2011, she got the role of Holly Atherton in the series “Bed of Roses”. Later, she was also seen in several movies and series in her career including “Thirst”, “Old School”, “Sweetheart” and more.

Check out FameandName to know more about Ellen Hollman.

Hanna Mangan Lawrence got married to Omar Bastos who is a producer. The couple gave birth to their son in 2019 and they are living their life happily. Hanna was seen posting her husband and child photos on her Instagram account and they were seen very happy together.

To talk about Hanna Mangan Lawrence’s physical statistics, she has a height of 5 feet 7 inches (168 cm) and a weight of 55 kg or 121 lbs. Besides this, her body measurement is 23-24-34 inches, and with slim body. She has got a beautiful face with dark brown hair with dark brown eyes.

How much is the current net worth of Hanna?

A beautiful, active, charming, and talented actress Hanna Mangan Lawrence has been seen appearing on several movies and series in her career and received many successes in her acting career. Hanna is popularly known for playing the role of Seppia in the series “Spartacus: Vengeance”. In her career, Hanna became able to make her estimated net worth of $ 2 million and living her standard life.