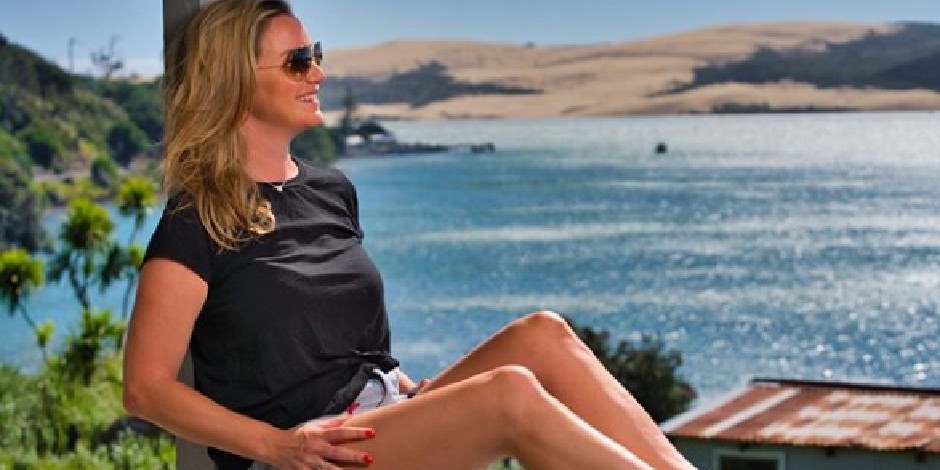 Hannah Ferrier is an Australian reality television star who is well-known for her appearance in the tv series, “Below Deck Mediterranean.” She is also the founder of Ocean International Training Academy.

Where was Hannah born and raised?

Hannah Ferrier was born on 23rd November 1986 in Sydney, Australia. She was born to Australian parents, Mr. and Mrs. Ferrier whose name is yet to be disclosed by Hannah. Ferrier hasn’t opened much about her family, childhood, or siblings yet but we believe, she had a great upbringing.

Ferrier has an Australian nationality and white ethnicity. She has Sagittarius as her birth sign.

Hannah Ferrier celebrated is currently 34 turning 35 years old in upcoming November 2021. She is a beautiful woman with blonde hair and brown eyes. Ferrier stands 5 feet 4 inches tall and weighs 55 kg. She takes great care of her body. We can several pictures of her doing yoga and attending the gym. She has a straight sexual orientation.

Hannah Ferrier studied at Asquith Girls High School in Stokes Avenue, Asquith, New South Wales. There is no further information regarding her higher education as Ferrier hasn’t mentioned anything regarding it. Since she started her career as an accounting manager, we believe, Ferrier has a degree in business.

Who is Ferrier in a relationship with?

Hannah Ferrier was previously in a relationship with a professional Australian basketball player, Isaac Bradley Humphries popularly known as Isaac Humphries. Unfortunately, the couple broke up after several years of romantic relationship in 2019. In October 2020, Ferrier gave birth to a beautiful baby girl, Ava Grace Roberts. Her fans were eager to learn about the father of the baby.

On January 13, Hannah Ferrier introduced her boyfriend, Josh Roberts to her fans. He is not a celebrity and a simple man who prefers to stay away from public attention. The couple isn’t married yet. They had their engagement in March 2021. They are leading a happy life together in Sydney, Australia.

Ferrier gained fame through her appearance in the tv series “Watch What Happens: Live” and in “It’s Bravo Betch” making her breakthrough in 2016. Ferrier appeared in the reality tv show, “Below Deck Mediterranean” as chief steward which gained her public fame. Unfortunately in 2020, Ferrier was fired from the show due to illegal boarding of Valium. She said that she had it for medication due to mental illness but there was no proof of prescription.

As of 2021, Hannah is working in Ocean International Training Academy which she founded alongside her friends. Her academy trains people to enter into yacht industry.

Hannah Ferrier has an estimated net worth of over $500 thousand as of 2021. She made a huge fortune from the reality tv show, “Below Deck Mediterranean.” Ferrier has also endorsed a few clothes as well as cosmetic brands which adds up to her income. She recently bought a house in Sydney, Australia which she declared was 10 years of her saving. Ferrier is living a comfortable life today with her fiancé and daughter.