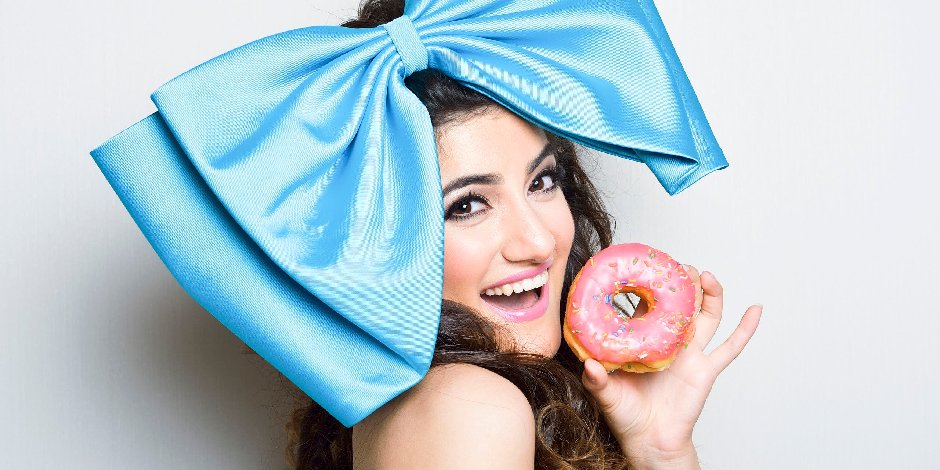 Hayla Ghazal is a popular YouTuber, vlogger, and social media personality from Syria. She has gained over 9.19 million subscribers on her YouTube Hayla TV.

Her everyday video and unique and funny video content have attracted a huge number of viewers all over the world.

Where was Hayla born and raised?

Hayla Ghazal was born on 24th July 1995 in Aleppo, Syria. She was born to Islamic parents Ziad Ghazal and Lina Ghazal. She has a sister named Alma Ghazal. Ghazal follows the Islam religion. She is from a wealthy family and she had a luxurious childhood. Hayla has Syrian nationality and Arabian ethnicity.

She was born under the star sign, Leo. Further information regarding Ghazal’s parent’s profession and her childhood is still a mystery to us.

Hayla Ghazal is an educated woman. She was educated in a local high school in Aleppo. She later majored in business management from the American University of Dubai in Dubai, United Arab Emirates.

How did Hayla start his Career?

Hayla Ghazal first gained fame through her YouTube vlogs. She opened her channel Hayla TV on 25th June 2013. Today, she has gained over 9.19 million subscribers on her channel thanks to her daring, unique, and funny video content. Her videos aren’t limited to a specific category.

It includes family vlogs, trips, challenges, pranks, family visits, etc. Some of her first video content was “Wardrobe Essentials” which has millions of views following other vlogs such as “8 Surprising Uses For a Hair Dryer,” “Make a Good First Impression,” “Mend Your Broken Fingernail,” etc.

Ghazal continued making several unique videos such as “3 min Chocolate Mug Cake,” “Day to Night Transition,” “Outfit of the Day,” “Packing Tips,” and so on. In 2014, Hayla started her business by opening her bridal line clothing brand called Hayla Couture in Wafi Mall, Dubai. She has posted the vlog of her couture opening in “Hayla Couture Opening.” She sells luxurious clothe and is leading a successful life. Her business is booming and with the success of her social media career, she has started endorsing several other brands.

Hayla Ghazal is currently in a relationship with a handsome businessman from Dubai whose name is still not disclosed yet. The couple seems to have been married in early 2021 but no further information hasn’t been updated yet. Ghazal introduced us to her partner for the first time in September 2021 through her vlog “Our FIRST Vlog Together!.” She currently resides in Dubai with her partner.

Hayla Ghazal celebrated her 26th birthday in July 2021. She is a beautiful woman who stands 5 feet 6 inches tall which is about 1.67 meters and weighs 54 kg or 119 lbs. Ghazal possesses brown eyes and dark brown hair. She has a straight sexual orientation. Ghazal has a slim body build and she loves to dye her hair blonde or brown sometimes.

Hayla Ghazal has an estimated net worth of over $1.5 million as of 2021. She makes her earnings through her YouTube vlogs and clothing line. With several brand endorsements and a huge number of followers on YouTube, Hayla has been leading a successful life. She is considered to be one of the richest YouTubers and vloggers.