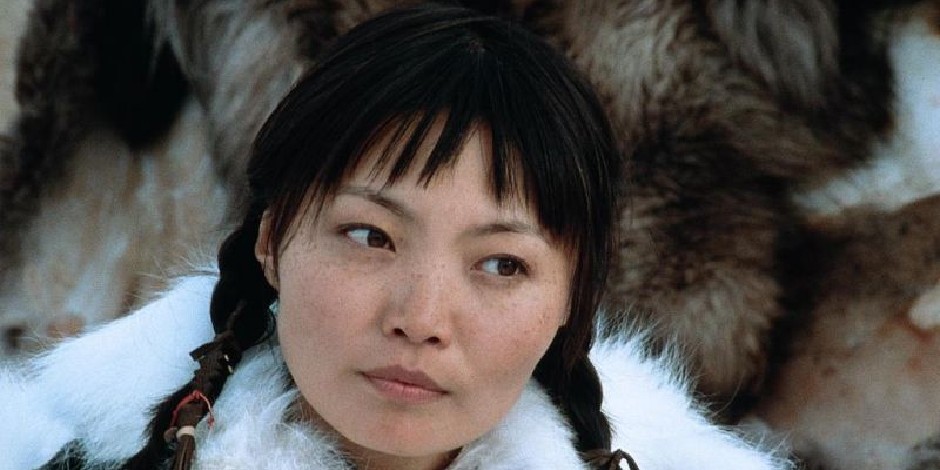 Why Is Irina Pantaeva Popular?

Irina Pantaeva is a Russian professional model who also transcended as an actress and is probably best known for her role in Mortal Kombat: Annihilation as Jade.

Where was Irina Pantaeva born and raised?

Irina Pantaeva was born on 31st October of 1967 in the capital of Buryatia ASSR called Ulan-Ude in Russia. She is the daughter of Irina and Vladlen Pantaeva. She also said that she grew up under Soviet rule who suppressed her Buryat-Mongol culture and languages.

Pantaeva belongs to the Buryat ethnicity having nationality Russian. Her ancestry is the Siberian largest aboriginal group. Her sexual orientation is straight and she has Scorpio as her zodiac sign.

Irina Pantaeva received her Bachelor’s degree from New York University in theatre. As for her early high school is yet not disclosed.

She is gifted with a tall height of 5 feet and 10 inches which is perfect for her modeling career. She weighs about 67 kg. She also doesn’t hesitate to flaunt her bare freckled face from time to time. She has naturally black hair and brown eyes.

Pantaeva is 53 years old and she is an active, elegant, and beautiful as ever.

What is the relationship status of Irina Pantaeva?

Irina Pantaeva is single right now and is a proud mother of her 2 sons, Solongo and Ruslan Levin. She was committed to Roland Levin in 1994 who is a Latvian photographer. They officially parted their ways in 2008. Since then or before that, there hasn’t been any information regarding her love life and dating history.

Irina Pantaeva is active on Instagram and on Facebook. She has only 303 followers and 291 likes on her Facebook page probably because she hasn’t posted anything on her Facebook account since 2018. Pantaeva has over 23 thousand followers on Instagram and to this date, she has only posted about 8 posts. She doesn’t seem much of a social media user and she doesn’t ever post about her personal life or on the daily basis. She can be connected by @irinapantaevaofficial in both his Facebook and Instagram accounts.

How did Irina Start her Career?

Irina Pantaeva initially started her career as a model which began in the year 1988. She worked with a designer named Larisa Dagdanova. She moved to China and walked for her collection named “Larissa” in multiple fashion shows. She later went on to participate in the 1989 Buryatia beauty contest called “Miss Ulan-Ude” and won. Following that year, she went on to audition for the role in the Soviet fairy tale, Return of Khoja Nasreddin and gained the role.

She made her film debut in 1990 with the Russian film, Return of Khoja Nasreddin or Vozvrashchenie Khodzi Nasreddina (in Russian) where she portrayed the role of Kutlug-Turkan aga.

Pantaeva walked for the designer Irina Molchanova in Avantgarde Theatre and Italian-born fashion designer, Pierre Cardin’s fashion show before moving to Paris in 1992. In Paris, she successfully got the attention of German fashion designer, Karl Lagerfeld and thus began her professional modeling career and glamour year as well as Haute couture. After signing the contract with an exclusive modeling agency named “The Marilyn Agency”, she started walking for famous designers that every model would dream of.

After moving to New York, she spread her wings by walking for top fashion designers like Yves Saint Laurent, Alexander McQueen, Versace, Christian Dior, Anna Sui, Thierry Mugler, and others except for Chanel. She also campaigned for the other biggest brands like Levi’s Jeans, Calvin Klein, GAP, Missoni, and Kenzo.

Pantaeva further appeared in a number of top fashion magazines like Elle, Vogue, and Harper’s Bazaar as well as many others. She also appeared in the cover magazine, Sports Illustrated Swimsuit Issue of 1998.

Irina went on to make an appearance in the film, An Eyewitness Account and made her breakthrough the same year in 1997 from the action-adventure fantasy film, Mortal Kombat: Annihilation as Jade. She quickly rose to fame after that.

In the film Zoolander and As Far as My Feet Will Carry Me as herself. Her final appearance was in the 2002 film, People I Know where she made a small appearance as the receptionist of the Summerwear showroom.

Following a year in 1998, she made her television debut with the series, New York Undercover as Isabel and further appearances in 3rd Rock from the Sun alongside Lilly Collins as Gabriella.  and in the film, Celebrity as a friend of Supermodel. She further played a small role in the 2000 tv series, Normal, Ohio as the other Lisa.

To this date, she hasn’t received any awards and nominations from her acting or model career. Hopefully, the award section will be filled with her achievements in the coming years.

What is the Current Net Worth of Pantaeva?

Irina Pantaeva has an estimated net worth of about 600 thousand dollars as of 2021. Her income source comes from her modeling and acting career.