Skip to content
Home » Gossip » What happened to the John Cena First Wife Elizabeth Huberdeau? Is wrestler single or married after his first love of life broke up?

What happened to the John Cena First Wife Elizabeth Huberdeau? Is wrestler single or married after his first love of life broke up? 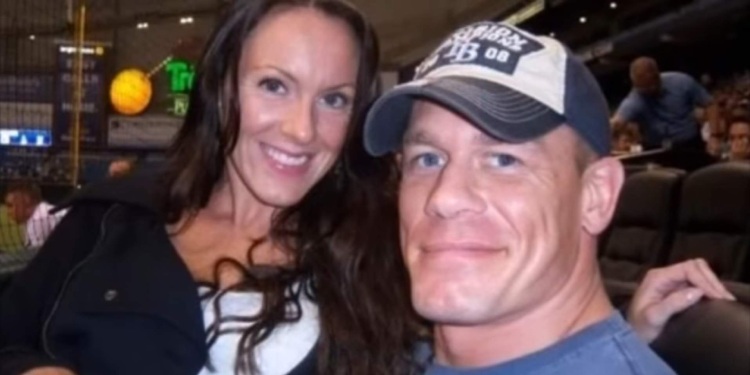 One of the greatest names in wrestling history is John Cena, whose real name is John Felix Anthony Cena, who has established himself as a professional wrestler, actor, and television presenter. He has gained all the fame and success in his career, but to talk about his personal life, he has ups and downs.

He fell in love for the first time with his ex-wife Elizabeth Huberdeau, born on 28 September 1979 in West Newbury, Massachusetts, popularly known as “Liz Cena“. The couple first met each other in high school, and they started their relationship as a best friend. Later on, they remained not just friends but became more than friends. 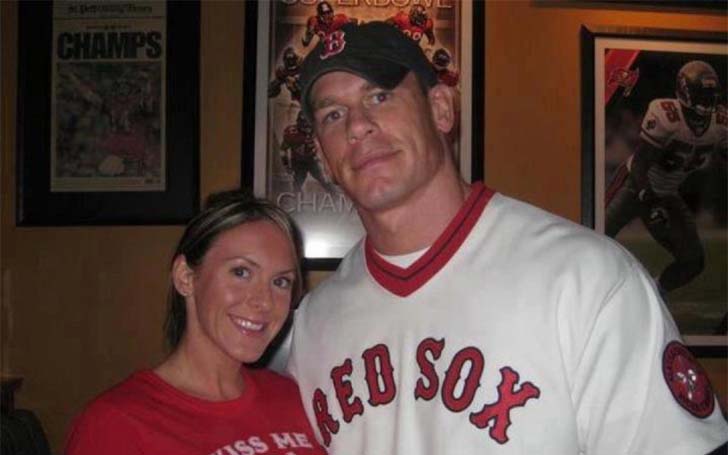 After knowing each other from their early life, they took the first step in their relationship. John Cena and Elizabeth were engaged in 2009 making an announcement while he was promoting his movie named “12 rounds”.

Later, on 11 July 2009, they got married. John Cena is a very dedicated person so that, he used to focus more on his career rather than focusing on his personal life.

What was the reason behind their DIVORCE?

Likewise, there was also a rumor about Elizabeth Huberdeau that she is dating another man named Eli Ayoub. The couple lived together as husband and wife from 2009 to 2012 as the wrestler filed for divorce on 1 May 2012. They lived for three years as a married couple.

John Cena was in a relationship with another woman while he was a married man according to his wife. The wife thus blamed the wrestler for the infidelity case as per the rumor. After their divorce, they lived their own life happily.

Currently, Elizabeth Huberdeau is living in Florida, and she is working as a broker in the real-estate business. According to some sources, it comes to know that, she used to be a model before her marriage but later, she found herself interested in the real-estate business. After knowing her true passion and interest, she started working as a real-estate manager, and currently, she is doing well in her career. She is an independent woman, and currently, she is living her luxurious life with an estimated net worth of $10 million.

Elizabeth is a successful woman but she gains all the fame and popularity after being the ex-wife of popular wrestler John Cena. After their failed marriage, they both are doing well in their career and Elizabeth is enjoying her luxurious life on her own.

WWE Superstar started to have a romantic relationship with Nikki Bella, an American reality television personality, entrepreneur and retired professional WWE wrestler. They used to have a relationship when he was married to Elizabeth. Later, he made his first step on their relationship as he proposed to her on 2 April 2017 in WrestleMania 33.

They both had decided their wedding on 5 May 2018, but they broke their engagement one month before their marriage in April 2018. They ended their relationship as John Cena doesn’t want to have any children, but Nikki wanted to have children together.

John Cena Tweets after he broke his engagement with Nikki Bella:

John Cena made a 75-Pages Contract with Nikki Bella

John Cena made Nikki Bella sign a contract that contains 75-pages, and the agreement was made before moving to his home. This is one of the interesting and confusing things that John Cena does with all his girlfriends. In his contract, he includes all the things that make people amazed and his girlfriend insecure.

This kind of behavior made Nikki confused about her relationship with him as he made the contract that if incase in future, they feel like they are not willing to live together then, Nikki has to take all the stuff that she has came up with. After knowing, he has included these kinds of things in the contract before moving together, Nikki felt like she is just a guest for him for a short period.

Like every girl, Nikki also wants to feel the love and care from her man, but after this contract, she thought that he just wanted her for a short time but not for his whole life. This situation made her sad, but she loved him so much so that she made her decision

Who is the current wife of John Cena?

After his failed marriage and relationship with his previous wife and girlfriend, he started dating Shay Shariatzadeh in 2019. The couple first met while the WWE star, as well as actor, is filming for “Playing with Fire”, where Shay also worked in the production.

Paparazzi also spotted them together several times before they made the confirmation about their relationship.

Who is Shay Shariatzadeh?

The couple got married on 12 October 2020 in a private ceremony which is the second marriage of John Cena. Shay Shariatzadeh, who was born in 1989, is professionally is an engineer.

Shay started her career after working as a sales associate at the Film La Vie En Rose while she was 18. After that, she began working for Alpha technologies Ltd as a software test engineer.