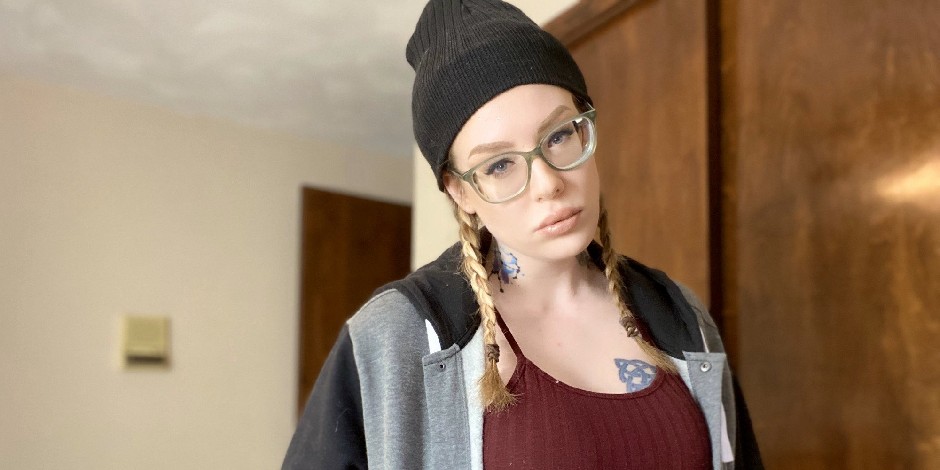 Karuna Satori is a well-known American social media figure. Karuna is mostly known for her ASMR videos on YouTube. She is open and honest about her history as an addict and her road to recovery.

Similarly, while she was battling to get clean, she mentioned on various venues that ASMR videos or whispering treatment helped her significantly.

Where was Karuna born and raised?

Karuna Satori is a 30-year-old actress who was born on June 25, 1991. Her real name is Sarah Toth, and she was born in Johnstown, Pennsylvania. Karuna also hasn’t revealed any information about her parents, siblings, or other relatives. Her father, on the other hand, died unexpectedly on April 27, 2014, and she claims her mother was abusive.

Karuna has also failed to divulge any details regarding her educational background. Karuna has also included the meanings of her name in the YouTube description. The term “Karuna” refers to the global compassion of a Bodhisattva, whereas “Satori” refers to a sudden insight.

How did Karuna start her Career?

Karuna Satori is a well-known figure on social media. She is mostly known on YouTube as an ASMRtist. More than 1.05 million people have subscribed to her tingling videos.

Karuna Satori’s ASMR channel, which she created on October 5, 2013, has gotten over 304.9 million views to date. For her, Karuna Satori BASIC is a secondary channel. This channel contains her vlogs and life experiences. On the video-sharing network YouTube, Kayla Suzette and she are both members of the ASMR community.

Karuna welcomes her audience and explains that her channel is a family-friendly channel that only accepts love and compassion. Disagreement is fine, but no one appreciates or tolerates hatred.

Who is Satori married to?

Karuna is a married woman. She is married to a man named Victor, who is also a YouTuber and does ASMR videos. Karuna and Victor have two beautiful kids whose names are Satori and Odin. The channel “Essence of ASMR” is run by Victor.

Karuna met Victor when she enrolled in a methadone clinic in early 2011. They met a year after she started working at the clinic when she was 19 years old.

Road to Recovery and her experience as an addict

When Karuna first used Percocet, she was just 15 years old. It is a strong pain reliever that contains oxycodone. Karuna enjoyed the numb sensation and continued to do so. After that, she experimented with LSD, mushrooms, ecstasy, and heroin. Karuna tried snorting a now-banned version of OxyContin on her 17th birthday. It is comprised entirely of oxycodone and is one of the most powerful opioids on the market.

Karuna was determined to be clean when she was 19 years old, and the next two years were a haze. She was, however, so addicted that she couldn’t sleep unless she took a hit. Karuna Satori later began taking methadone, which was the government’s prescribed treatment for recovering addicts. Unfortunately, she was addicted to “liquid shackles.” For the past seven years, she has been using methadone on a daily basis.

She discovered whispering treatment on YouTube in 2012 when she was 20 years old. Satori was clean at the age of 26 and had launched her own ASMR channel, which had saved her life. Karuna’s advertising income is sufficient to support her husband and two children.

Karuna Satori’s body dimensions, such as height, weight, chest-waist-hip measures, dress size, shoe size, and so forth, are unknown. Karuna has beautiful blue eyes and blonde hair. She, too, has a slew of tattoos on various regions of her body.

Her estimated net worth is $1 million as of 2021. Her principal source of income is through social media and YouTube.