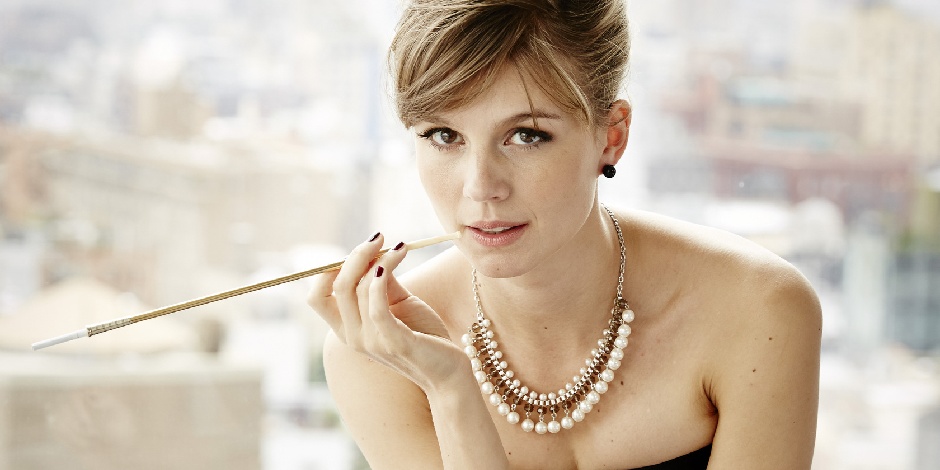 Katja Herbers is a Dutch-born actress who is popularly known for playing roles in series like “Westword”, “Evil”, “Katja Herbers” and more. Since 2002, she has been seen working actively in her career and she is earning more fame, popularity, and success in her career.

Where was Katja born and raised?

Katja Herbers was born on 19 October 1980 in Amsterdam, the Netherlands as a daughter of a father, Werner Herbers, and a mother, Vera Beths. Her father used to work as an oboist and conductor. Later, her mother remarried Anner Bylsma who is a Dutch cellist where her father, remarried Leonie Polak who is a costume designer. From her mother’s side, she has one sister whose name is Carina Bijlsma.

Currently, Katja Herbers is 40 years old and her zodiac sign is Libra as she has born on 19 October. She holds Dutch nationality and belongs to mixed ethnicity of German and Dutch.

Earlier, she spent her early life with her mother and father but later, her father and mother decided to separate and her mother married Anner Bylsma where her father remarried Leonie Polak. Her stepmother, Leonie Polak helped her to introduce the theatre. Later, she started learning to speak Dutch, German, and English while she was growing up.

Where did Katja go to College?

For her education, Katja Herbers went to attend Ignatius Gymnasium. After that, she was seen joining the University of Amsterdam where she did her study on psychology from 1999 to 2000. At that time, she also attended a local theatre school named De Trap. Further, she was seen joining the HB Studio after she moved into New York. Likewise, she became able to be accepted into the Academy of Theatre and Dance where she studied from the year 2001 to 2005.

How did Katja start her Career?

Katja Herbers started her acting career after she had been cast as Martha Bell in the movie “Peter Bell” in 2002. After that, she was also seen working on several movies like “The Storm”, “Mannenhatten” and more.

Further, she made her television debut from the television movie “Brush with Fate” in 2003. Later, in 2017, she made her appearance as Dr, Eden in the American supernatural mystery drama television series “The leftovers” which was created by Damon Lindelof and Tom Perrotta.

After that, from the year 2018 to 2020, she was seen playing the role of Emily Grace in the American science fiction Western and dystopian television series “Westworld” which was created by Jonathan Nolan and Lisa Joy.

Likewise, she was also cast into the main role as Kristen Bouchard in the American supernatural drama television series “Evil” from the year 2019. Currently, she is working on this series and receiving positive responses for her performance.

Besides this, she was also seen playing the roles in several plays including “Platform”, “Three Sister” alongside Ebon Moss-Bachrach, “The Lonely Road” and more.

Further, she will be seen appearing in the upcoming movie “Rotterdam, I Love You”.

How much is the Current Net Worth of Herbers?

Katja Herbers is a beautiful, active, and talented actress who has been seen appearing in several movies and series in her career including “Suspect”, “The Leftovers”, “Evil” and more. Katja became able to earn more fame, popularity, and success which leads to making her estimated net worth of $3million.

Katja Herbers is a beautiful and attractive actress who used to keep her personal life private from the media. 40 years old Katja’s relationship status is still a mystery for everyone where her fans and followers and desperately waiting to see her ideal match. Currently, she is enjoying her single life and she is happy with that.

To talk about Katja Herbers’s physical statistics, she has got a height of 5 feet 7 inches (1.70m) and a weight of 54 kg or 119 lbs. Her body measurement is 34-26-34 inches with an hourglass body type. Besides this, she has got a beautiful face with dark brown hair and dark brown eyes.

Katja Herbers is active on Instagram where she has 43.4k followers and posted 317 posts. Likewise, she also has a Twitter account with the tag name (“@katjaherbers”) where she has 23.1k followers.