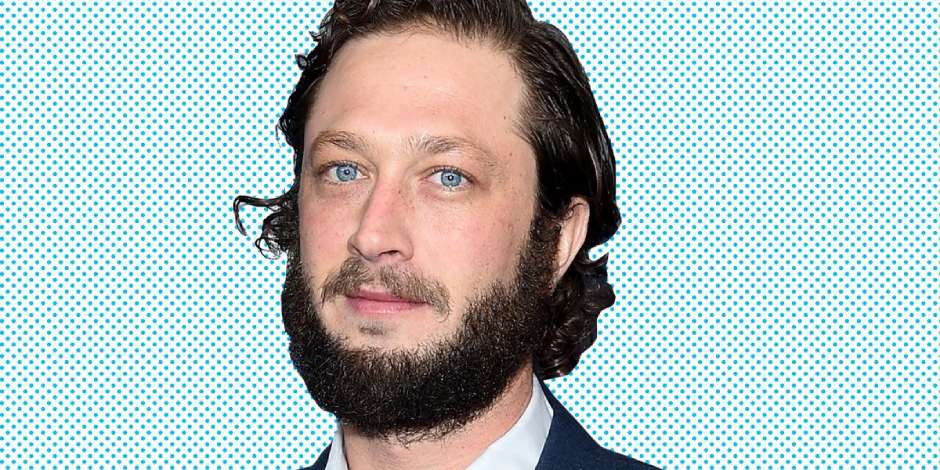 Ebon Moss-Bachrach is a professional actor from the United States who is popularly known for his role in the television series, The Punisher alongside Jennifer Badger where he portrayed the character of David Lieberman as well as his appearance in the comedy-drama series, Girls as Desi Harperin.

Where was Ebon born and raised?

Moss-Bachrach was born on 19th March of 1977 in a town of Massachusetts, Amherst in the United States. He was born to Eric Bachrach who ran a music school and Renee Moss who used to run a children’s clothing store. He grew up with his younger brother, Elan Moss-Bachrach who is also an actor.

Moss-Bachrach belongs to the ethnicity white and has Ashkenazi Jewish ancestry. His nationality is American. He has Pisces as his birth sign and his sexual orientation is straight. Moss-Bachrach turned 44 years old in 2021.

He has a slim body build with a tall height of 6 feet 1 inch or 185.5 cm with a bodyweight of about 72 kg or 158.5 lbs. He has blue eyes and dark brown hair. He is known for having deep-set eyes and tall stature.

Moss-Bachrach received his education from Amherst Regional High School in his hometown and later graduated from Columbia University in New York.

Who is Ebon dating?

Ebon Moss-Bachrach is currently dating Yelena Yemchuk who is a professional Ukrainian photographer. The couple has 2 beautiful daughters and they currently reside in Brooklyn in New York.

Ebon Moss-Bachrach is active on Twitter where he has over 3.5 thousand followers. He can be connected by @EbonChe.

How did Moss-Bachrach start his career?

Moss-Bachrach made his film debut in 2001 landing a small role in the films The Believer as the first waiter, Never Again as Andy, and The Royal Tenenbaums as Frederick the Bellboy.

In 2003, he landed his first starring role in the comedy film, Death of a Dynasty as Dave Katz and a small appearance in the film American Splendor and Mona Lisa in 2003. his other starring films are Live Free or Die, Come Out and Play, Blow the Man Down, Lying and Stealing, and Tesla. Moss-Bachrach made his television debut earlier in 1999 with the tv movie, Murder in a Small Town as Billy.

As of 2021, Ebon Moss-Bachrach is currently preparing for his starring role in the upcoming film, Geechee.

Ebon Moss-Bachrach went on to make several small appearances in series like Law & Order: Trial by Jury, Kidnapped, Fringe alongside Sean Rogerson, Medium, Person of Interest, and others. He received his first notable role in 2010 in a series Damages as Nick Salenger and in 2014 American comedy-drama series, Girls a Desi Harperin.

Moss-Bachrach received his first series regular in the 2017 series, The Punisher where he portrayed the role of David Lieberman, and in 2019, he made another regular appearance in the supernatural horror series, NOS4A2 as Chris McQueen.

Moss-Bachrach had his first theatrical role in 2000 in a play, When They Speak of Rita. In 2002, he portrayed the character of John Bell in the play 36 views which was performed in The Public Theatre. Following year, he appeared in the play Fifth of July, On the Mountain, and Three Sisters.

How many Awards has Ebon won?

In 2005, Ebon Moss-Bachrach was awarded the Jury Prize for Outstanding Performance for his starring role in the drama, mystery film, Road. He shared his award with co-star Catherine Kellner. The same year, he was also nominated with OFTA Television Award for Best Guest Actor in a Drama Series after his role in the series, Law & Order: Trial by Jury.

What is the current net worth of Ebon Moss-Bachrach?

Ebon Moss-Bachrach has an estimated net worth of 2 million dollars as of 2021. His sole earnings come from his acting career as he hasn’t endorsed for any brands yet. With his continuous film and television appearance, we believe he will be making more fortune in the coming days.