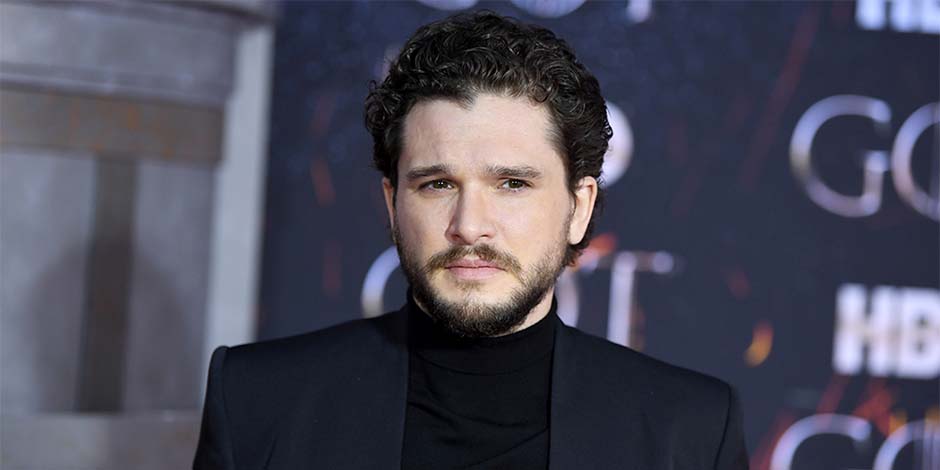 Who is Kit Harington?

Likewise, he made his professional career debut in the movie industry when he played the role of Vincent Smith in the 2012 psychological horror movie’Silent Hill: Revelation’. Kit Harington is internationally recognized and nominated by Golden Globe Awards and Primetime Emmy Awards in his career. 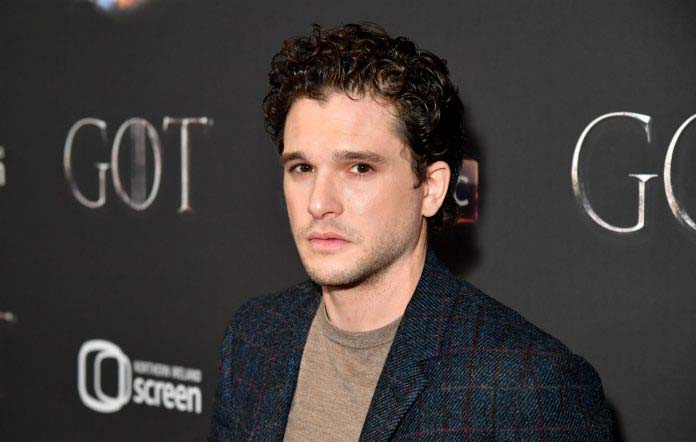 Kit Harington’s full name is Christopher Catesby Harington. He was born on 26 December 1988 in Acton, London, England, to mother, Deborah Jane (Catesby), who used to be a playwright, father, Sir David Robert Harington, the 15th Baronet and is a businessman. He descends from an ancient family line where his uncle, Sir Nicholas John Harington, was the 14th Baronet and his great-grandfather, Sir Richard Harington was the 12th Baronet.

Kit Harington also belongs to the royal bloodlines through his paternal grandmother as his eighth great-grandfather was Charles II of England. Moreover, he also has a Scottish descent of Henry Dundas, first Viscount Melville, through his father. Besides this, Kit Harington is currently 33 years old with the zodiac sign of Capricorn.

Kit Harington holds an English nationality and is of English, Welsh, Scottish, Northern Irish, and Dutch descent and is a Christian. Besides this, he stands at the height of 5 feet and 8 inches (1.73m/173cms) tall and weighs around 77kgs (169.7lbs). He has a pair of dark brown eyes with curly black hair. 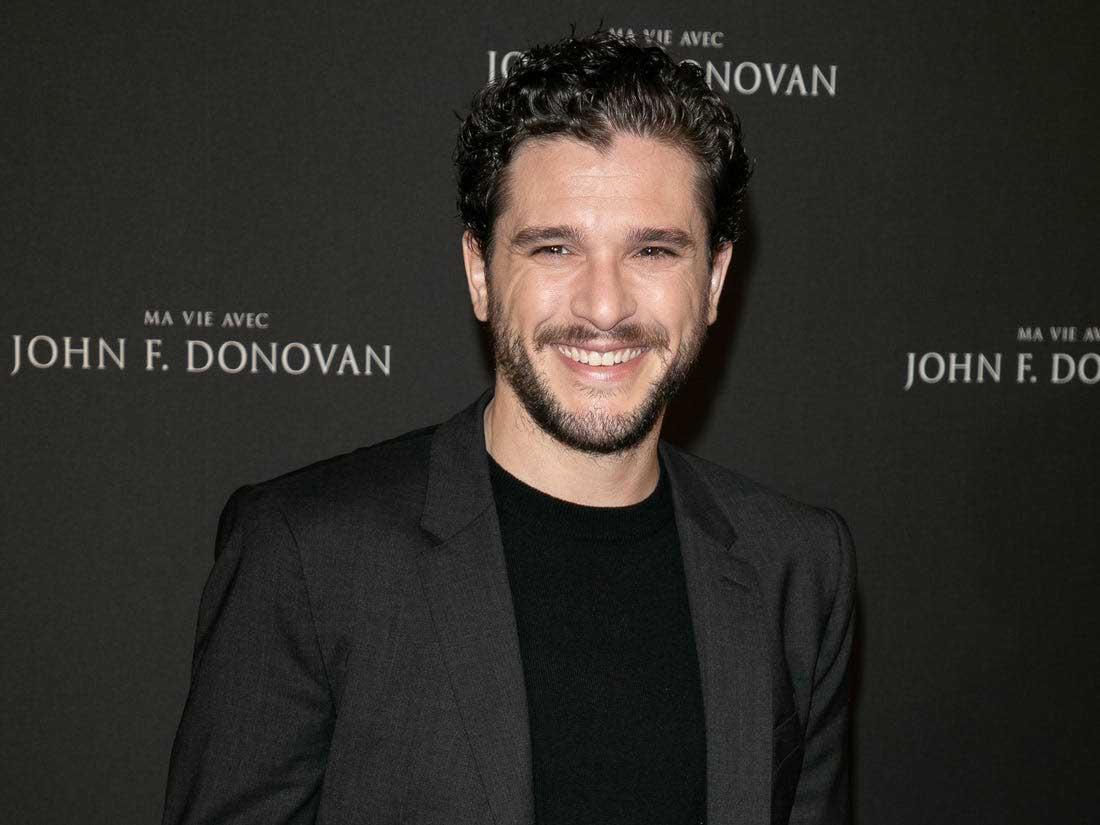 Kit Harington is not so active on social media platforms, and he chooses to keep his life private. However, he has an Instagram fan-based account (@kitharingtonig) with more than 3.7 million followers.

Kit Harington made his debut performance when he played the role of Albert Narracott in the 2008 play ‘Warhorse.’ Similarly, he has been active with the theatre plays as he has appeared as Ed Montgomery in ‘Posh’ (2010), as Colin Henderson in ‘The Vote’ (2015), as Faustus in ‘Doctor Faustus’ (2016) and as Austin in ‘True West’ (2018).

Kit Harington made his movie-line debut when he played the role of Vincent Smith in the 2012 psychological horror, ‘Silent Hill: Revelation.’ Followed by this success, he played as Milo in ‘Pompeii,’ as the voice actor of Eret in ‘How to Train Your Dragon,’ as Roland Leighton in ‘Testament of Youth’ and as Billy Bradley in ‘Seventh Son’ in the year 2014.

Kit Harington rose to prominence when he played the lead role of Jon Snow and appeared for 62 episodes in the 2011-2019 HBO television series, ‘Game of Thrones.’ Likewise, he appeared in ‘Saturday Night Live’ as the host in 2019 and as Alex in ‘Criminal: the UK’ in 2020 for an episode each. He has also appeared in TV movies like ‘7 Days in Hell’ (2015) as Charles Poole and ‘Zog’ (2018) as Sir Gadabout’s voice. Moreover, he has also created and produced a miniseries called ‘Gunpowder’ (2017), in which he played the role of Robert Catesby. 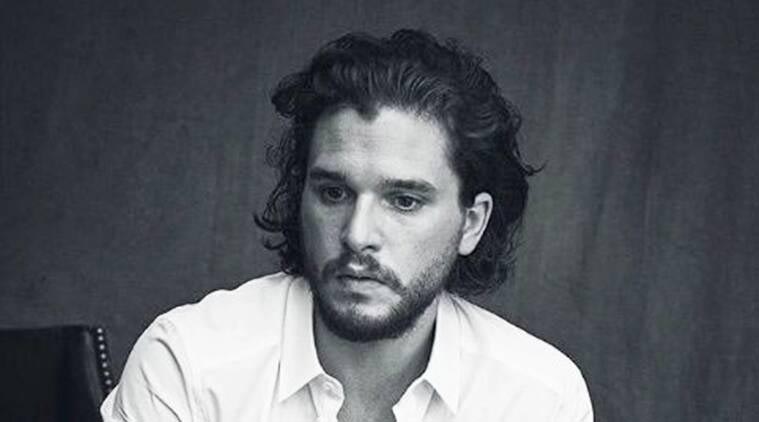 In 2015, Kit Harington, alongside other big names like Benedict Cumberbatch, Nicole Kidman, Christopher Eccleston, and James McAvoy, was involved in ‘The Children’s Monologue,’ which got focused on helping underprivileged children in South Africa and Rwanda. Later in 2016, he was named the ambassador for The Royal Mencap Society, a charity based in the United Kingdom, determined to help people with learning disabilities and help their families. Moreover, he is also involved with the refugee crisis awareness program of the United Nations.

Kit Harington played the voice actor of Jon Snow in the episodic graphic adventure video game, ‘Game of Thrones’, developed by Telltale Games in 2015. Likewise, he has also appeared through motion capture in the thirteenth installment of the Call of Duty series called ‘Call of Duty: Infinite Warfare,’ in which he played the antagonizing role of Salen Kotch the year 2016.

Kit Harington won the Young Hollywood Awards’ Actor of the Year award in the year 2013. He won the Empire Award’s Empire Hero Award that he shared with the cast of ‘Game of Thrones.’ Moreover, he has also won the Giffoni Film Festival’s Giffoni Experience award.

Kit Harington has earned himself a lot of name and fame in the entertainment industry, along with a lot of fortune and money. As of 2020, he has an estimated net worth of $14 million.