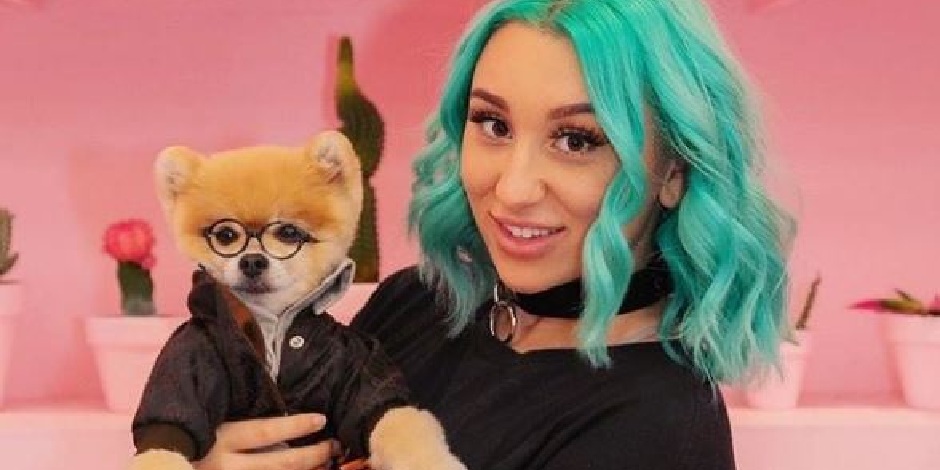 Mackenzie Marie is a YouTuber from the United States. Her YouTube channel features beauty, fashion, and lifestyle vlogs. Stories, tutorials, fashion advice, hauls, DIYs, and more can be found in her videos.

Where was Mackenzie born and raised?

Mackenzie was welcomed into this world on December 24, 1996, in Los Angeles, California, United States of America (USA). Marie will be 24 years old by the end of 2021. Mackenzie’s nationality is American by birth, and her ethnicity is White. Marie is probably of White Caucasian descent. In addition, Capricorn is her zodiac sign.

When it comes to her family, there isn’t much information available concerning her father and mother. Her mother, on the other hand, has appeared in her YouTube videos. It is also not known whether she has any siblings or not.

When it comes to Marie’s educational background, there isn’t a lot of information available. Marie has not yet revealed any details about her qualifications or schooling. However, we will update you guys here at Fameandname as soon as we have any new information regarding her education.

How did Mackenzie start her Career?

When it comes to Mackenzie’s profession, she began her career as a top YouTuber. On November 28, 2012, she started a YouTube channel called Beauty4Babes. She later changed the channel’s name to Mackenzie Marie. On January 16, 2014, she released her first video, titled “Things That Piss Me Off – Royally.” More than 126K people have seen the video.

In addition, she has roughly 295 videos on her channel as of now. ‘DYING MY HAIR WITH MARKERS! *Hair Hack*’ is her most popular video, with over 6.3 million views. Her other films, such as DYIN MY HAIR WITH SHARPIES *permanent markers*, the GIRLS Chapstick KISSING Challenge!, PIERCING MY BODY AT HOME *Very Painful*, and FINALLY Dying My Damaged Hair TEAL, are very similar.

DYING MY HAIR WITH HIGHLIGHTERS! * I cried* There are millions of views on it as well. She has millions of subscribers since she posts beauty videos, fashion, and lifestyle blogs, as well as Tutorial videos.

Check out the latest updates on Youtuber and Cosplayer Kelsey Impicciche

She also has a YouTube channel called ‘Basically MackenzieMarie,’ which she launched on June 19, 2015.

What is the relationship status of Marie?

Mackenzie has not made her relationship public, and it is unclear whether she is married or in a relationship. The information on her partner will be updated as soon as it becomes available. Bailey Hahn, who is also a social media star, was her previous boyfriend, however, they parted up in May 2020. In an Instagram post, she admitted to being a drug addict, but she has since recovered.

Mackenzie is roughly 6 feet 1 inch tall and weighs 70 kilos. Her natural hair color has remained a mystery. Mackenzie’s hair color, on the other hand, is constantly changed. She’s tried a number of different hair colors, including brown, blonde, pink, blue, and others. She has light brown eyes as well.

Check out the latest updates on Youtuber PJ Liguori

Likewise, Mackenize has a YouTube channel named ‘Mackenzie Marie’ and has 1.19 million subscribers.

In terms of her earnings, she has made enough money to support herself as a YouTuber and social media influencer. Her estimated net worth is roughly $6 million, according to information from 2021.