Skip to content
Home » Gossip » Who are Maya Brady’s parents? Is she adopted?

Who are Maya Brady’s parents? Is she adopted? 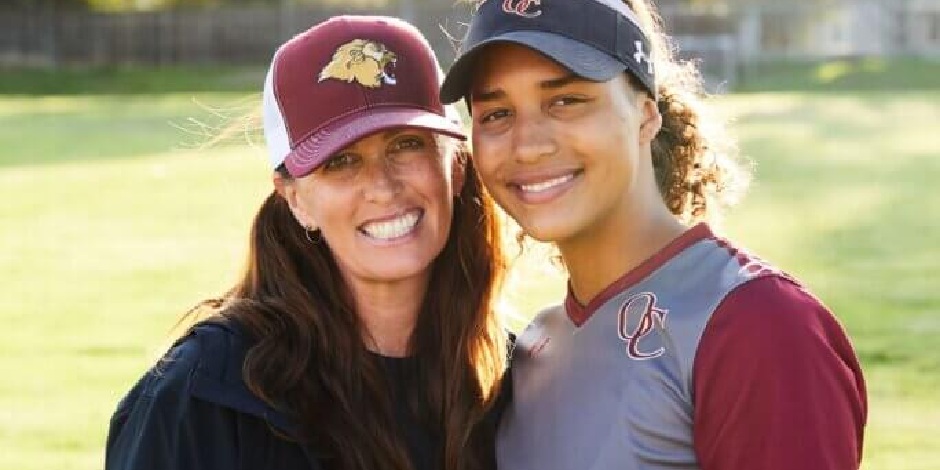 A beautiful and talented woman, Maya Brady, whose real name is Maya Ann Brady-Timmons is well-known as an American college softball player for the UCLA Bruins. Since 2020, he has played for the UCLA Bruins softball team and is getting more success in her career.

Her interest and dedication towards her career made her gain success in her early life so that she is working more to succeed in his career.

Maya Brady is an American woman born in 2001 in California, the US, as a daughter of a father, Brian Timmons, and mother, Maureen Brady. Likewise, her mother was also a well-known all-American pitcher at Fresno State.

Maya is very close to her parents, and she loved her father and mother more than anything else. She also has a beautiful and supporting sister named Hannah Brady, younger than her.

Likewise, many people also know her as the niece of Tom Brady, whose real name is Thomas Edward Patrick Brady, an American football quarterback for the Tampa Bay Buccaneers of the National Football League.

Maya Brady is about 21 years as per her birth date. She is a brave and active daughter of her parents with whom she has a close relationship. She has established herself as an American college softball player at a young age.

An American, Maya Brady attended Oaks Christian School for her education located in Westlake Village, California. While in school, she played as a middle fielder and led the team to three Marmonte League titles. Likewise, she had also become a two-time league MVP.

Further, she scored a .558 batting average with 12 home runs and 21 runs batted in (RIB) senior year. However, because of his outstanding performance and hard work, she was named Marmonte League Most Valuable Player and All-CIF Southern section.

Similarly, she is also renowned as the Ventura County Star 2019 All-County Softball player of the year and known as a Los Angeles Daily News Player of the year. Following her career success, she made her collegiate debut for UCLA Bruins on 6 February 2020.

Till now, she has been playing for UCLA Bruins. Similarly, in her career, the batting average point is .314, home runs are 21, and Runs batted in 66.

Maya Brady loves her family members more than anything, but many rumors about her being adopted by her parents have been created. She has been a very hardworking and dedicated person from an early age and gained success because of her parents’ support and love which became one of the biggest strengths of her life.

But many people are curious to know about her parents and want to clear all the doubts about being adopted. So after these all rumors, it is come to know that she is not adopted, but is the daughter of her loving parents.

The gossips have been created from some sources, but it has been clear that she is the first child of her parents, and she also has a beautiful and caring sister who is younger than her. Likewise, she loves to be with her family, enjoy her whole life with them and make proud parents because of her success.

So, currently, she is working hard to succeed in her career and wants to make her family proud of her. So, now, she is living her cheerful and standard life with her family members, enjoying an estimated net worth of around $100K to $1 million, which is earned from her hard work and dedication towards her career.