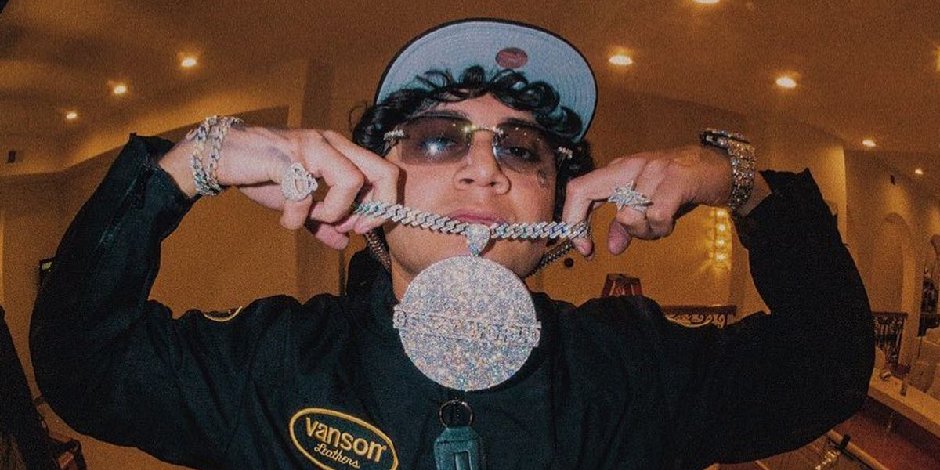 “Ohgeesy” is a Los Angeles-based rapper who is a member of the “Shoreline Mafia” rap group. They worked together on numerous hit songs before becoming well-known in 2016. He has a net worth of about $2 million.

Alejandro Coranza, alias “Ohgeesy,” was born in Los Angeles, California. His birthday is on November 27. He showed how passionate he was about music from a young age. He was raised in a Mexican household. But, we have no information regarding his parents and sibling.

He never went to college to further his education since he always wanted to be a famous rapper. He did, however, excel as a high school student and graduated with honors.

How did Ohgeesy start his Career?

The Los Angeles band didn’t become official until 2016 when they released their first single “Boot it Up.” The song was a hit. This started their journey towards fame.

The Rapper and his band embarked on their “Off the Xtras” (OTX) tour in the spring of 2018. Atlantic Records then signed a record deal with the band. They performed during the Rolling Loud Festival in Miami and in New York at the Billboard Hot 100 Music Festival later that month, for the same OTX tour.

In June of that year, they featured on Ron-Ron and Friends’ mixtape. Later that month, they released their mixtape “Traplantic.”

The ‘Party Pack’ EP was released soon after, featuring the hit singles “Foreign,” “Pop Up,” “Boot It Up,” and “Bussin,” which have all been streamed millions of times across various social media platforms.

Collaborating with BandGang Lonnie Bands, they produced the track “Homicide”.He collaborated with On the singles “Da Move” and “Heavy,” the singer is also featured. Shoreline Mafia, a Los Angeles rap group, is gaining a lot of attention.

OhGeesy (actual name: Alejandro Coranza), Rob Vicious (Robert Maggee), Fenix Flexin (Fenix Rypinski), and Master Kato made up Shoreline Mafia (Malik Carson). He and Fenix met when they were both doing graffiti. Soon after, the two began composing music together, and Rob Vicious and Master Kato joined them.

Despite the fact that they had been producing music for several years, they did not form a rap group until 2016. At some time following its inception, they decided on the moniker Shoreline Mafia.

ShoreLineDoThatShit, their first full-length mixtape, was released independently in November 2017.

In 2020, Fenix Flexin left the Shoreline Mafia to pursue his individual career.

There is no definite information on Ohgeesy’s dating status. He does, however, have a son named Juelz. In March of this year, his partner gave birth to his first kid.

He has posted some lovely photos of his son to his Instagram account. Unfortunately, we have no information on her name or the date of their wedding and we will update the facts as soon as possible.

He is also a social media star with about 1.3 million followers on Instagram. He shares about his son Julez and updates about him and his music career there. He also has a Twitter account.

Ohgeesy is a social media star and an artist. He has a net worth of about $2 million. Most of his earning can be credited to his music career and his endorsements.