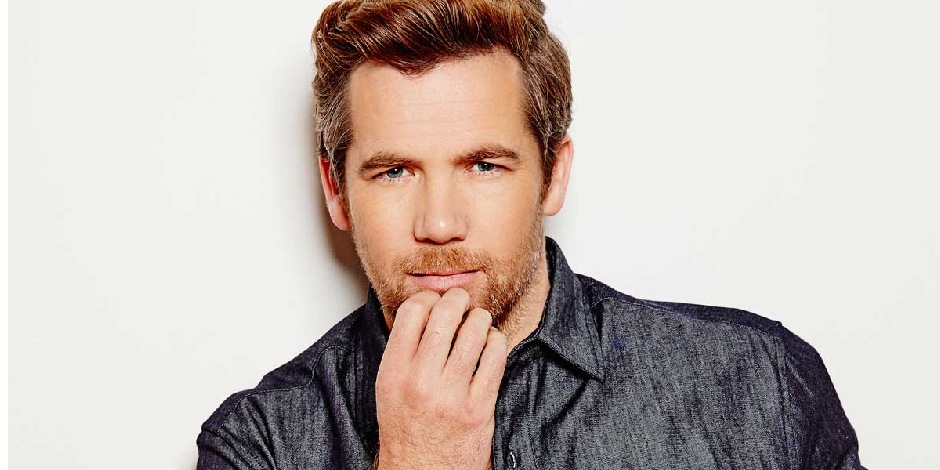 Patrick Brammall is a well-known Australian actor who is popularly known for his roles in “A Moody Christmas,” “Offspring,” and “Glitch” alongside Hannah Monson, Ned Dennehy, and Rodger Corser. He has been seen working actively in his career since the year 2004.

Where was Patrick born and raised?

Patrick Brammall was born on 30 March 1976 in Canberra, Australian Capital Territory, Australia. He is the son of his father, Brice Brammall, and his mother, Janice. There is no further information about his family and relatives. Currently, he is 44 years old, and his zodiac sign is Aries.

He holds an Australian nationality and belongs to the White ethnicity.

Did Brammall go to college?

Earlier, when Patrick Brammall was born with prune belly syndrome, which is a rare disorder, and the doctors did not expect him to survive at that time. He went through several operations, and after living in 10 years in hospital, he became normal. Later, he attended St Thomas the Apostle primary school, and later, he also joined Marist College Canberra. In 2001, he completed his graduation from Victorian College of the Arts.

How did Patrick start his career?

Patrick Brammall started his acting career after seeing appearing as Matt Marione in an Australian drama movie, “The Alice,” which was created by Justin Manjo and Robyn Sinclair in 2004. He started his film career after he was cast as Daniel in a short movie, “Heartworm” in 2004. Later, he was also seen appearing in several short movies, including “Prada Handbag,” “Help,” and “Being Can Williams.”

Further, in 2010, Patrick Brammall was seen as a Hostage in a short movie “Shock,” In that year, he was also cast as Tim in an Australian romantic comedy-drama movie “Griff the Invisible.”

Likewise, he made his appearance as Robert in a short movie, “dik” in 2011, and in the same year, he was cast as Vince in a short film, “Bars and Tone.” Besides this, he played Richard’s role in the movie “The Little Death” in 2014. The following year, he was also seen appearing in the film “Super Awesome!” and “Ruben Guthrie.” In 2017, he appeared in the movie “Fun Mom Dinner,” In 2018, he was seen in the film “Shakespeare in Tokyo.” In 2018, she was also seen appearing as American Officer in the movie “Overlord.”

Likewise, he played Michael’s role in a TV short movie, “Stuffed” in 2012. Next year, he was cast into the main cast in a series, “The Elegant Gentleman’s Guide to Knife Fighting.” Besides this, he made his appearance as Rupert Murdoch in a television miniseries, “Power Games: The Packers- Murdoch Story.” From the year 2013 to 2016, he appeared in the main cast as Danny Bright in an Australian television comedy program “Upper Middle Bogan.”

Further, Patrick Brammall was also seen as the main cast in a television program “Glitch” from 2015 to 2019, and from the year 2015 to 2016, he was also played the leading role as Hendy in a comedy television series “No Activity” for which he won AACTA Award for Best Performance in a Television Comedy.  In 2017, he also appeared playing the central role as Detective Nick Cullen in an American comedy television series, “No Activity.”

In 2013, Patrick Brammall married Samantha Nield, but later, they divorced. Later, in August 2017, he confirmed that he is in a relationship with actress Harriet Dyer.

To talk about his physical statistics, Patrick Brammall has got a height of 5 feet 9 inches (1.70 m) and a weight of 66 kg. Besides this, he has brown hair with black eyes.

Patrick Brammall is active on Instagram with the tag name (“@patrickbrammall”) and has 22.7k followers and has posted 413 posts. Besides this, he also has a Twitter account where he has 8972 followers.

What is the current net worth of Patrick’s?

Patrick Brammall is a good-looking, talented and active actor who was seen appearing in several movies and series has an estimated net worth of $1 million to $5 million.