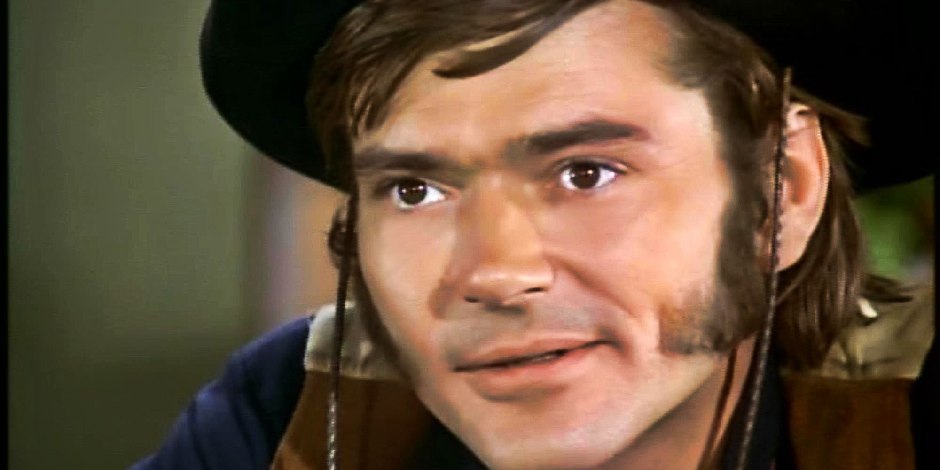 Pete Duel was a stage, television, and film actor best remembered for his portrayal as bandit Hannibal Heyes (alias Joshua Smith) in the television series Alias Smith and Jones. He was the older brother of actor Geoffrey Deuel, well known for his work in Chisum (1970) and several episodic television appearances in the 1960s and 1970s.

Where was Pete born and raised?

Pete Duel was welcomed into this world on the 24th of February, 1940 in Rochester, New York, United States of America (USA). Duel was the oldest of three children born to Dr. Ellsworth and Lillian Deuel (née Ellstrom) in Rochester, New York. He had a younger brother, Geoffrey Deuel, who was also an actor and was best known for his performance in Chisum (1970) and several episodic television appearances in the 1960s and 1970s; and a sister, Pamela.

His full name is Peter Ellstrom Deuel. Pete’s nationality was American and his ethnicity was White. Duel’s zodiac sign was Pisces.

He went to Penfield High School, where he was a member of the National Thespians Society and worked on the yearbook crew. Duel graduated in 1957 and went on to study English at St. Lawrence University in Canton, New York. He was a member of the fraternity Phi Sigma Kappa.

During his two years in the theatre department, he favored performing in the department’s plays over studying for his studies. When his father came to watch him in The Rose Tattoo, he realized he was wasting his son’s time and money in university and advised him to pursue a career in acting.

How did Duel start his Career?

On Hollywood, he found employment in television, appearing in comedies like Gomer Pyle, U.S.M.C., and dramas like Channing, Combat!, and Bonanza. In 1965, he was cast as Gidget’s brother-in-law, John Cooper, in the comedy series Gidget; he featured in 22 of the show’s 32 episodes.

Pete Duel was soon given the main part of Dave Willis, a married apprentice architect, in the romantic comedy series Love on a Rooftop once Gidget was canceled. Despite the show’s high ratings, ABC opted not to renew it after the first season.

He appeared in several films, including The Psychiatrist, The Bold Ones, Ironside, and Marcus Welby, M.D. During this period, he also filmed feature films, beginning with The Hell with Heroes in 1968, in which he played Rod Taylor’s best friend and copilot, Mike Brewer, and continuing with Generation the following year.

Duel starred as bandit Hannibal Heyes, alias Joshua Smith, alongside Ben Murphy’s Kid Curry in Alias Smith and Jones, a lighthearted Western about the escapades of two criminals attempting to earn their pardon. He appeared in a television version of Percy MacKaye’s 1908 drama The Scarecrow during the gap between the first and second seasons.

Pete Duel was one of the inspirations for the character of Rick Dalton in Quentin Tarantino’s film Once Upon a Time in Hollywood, according to Tarantino. Duel and Dalton worked together in Tarantino’s novelization of the film, “enjoyed… each other’s company,” and were both “undiagnosed bipolar”.

Pete Duel’s love life is not much known as he never disclosed the details publicly. However, we know that Pete went on two dates with fellow actress Sally Field. And, during the time of Peter’s death, he had a girlfriend named Dianne Ray.

This is all there is regarding Peter’s love life. Nonetheless, we will update our readers as soon as possible if we find any new information about Pete Duel.

Pete Duel was a brilliant actor. Pete’s net worth was estimated to be between $1 Million and $5 Million.

Pete Duel died by a self-inflicted gunshot wound to the head in the early hours of December 31, 1971, at his Hollywood Hills residence. Dianne Ray, Duel’s girlfriend, was in his home at the time of his death and discovered his corpse. Ray later informed authorities that the two had seen Duel’s Alias Smith and Jones the night before. Dianne later went to sleep in another room, leaving Duel awake.

Duel entered the bedroom just after midnight, got his handgun, and informed Ray, “I’ll see you later”. Ray then stated that she heard a gunshot from another room and found Duel’s body. According to authorities, Duel’s friends and relatives reported that he was despondent as a result of his drinking issue.

He had been arrested and pled guilty the previous June in connection with driving under the influence collision that wounded two persons. Duel’s death was subsequently determined to be a suicide.

On January 2, 1972, Pete Duel’s funeral was conducted at the Self-Realization Fellowship Temple in Pacific Palisades. Duel’s girlfriend delivered a poem he composed titled “Love” at the ceremony. A crowd of 1,000 friends and fans is expected. His corpse was transported to Penfield, New York, and he was laid to rest at Oakwood Cemetery.