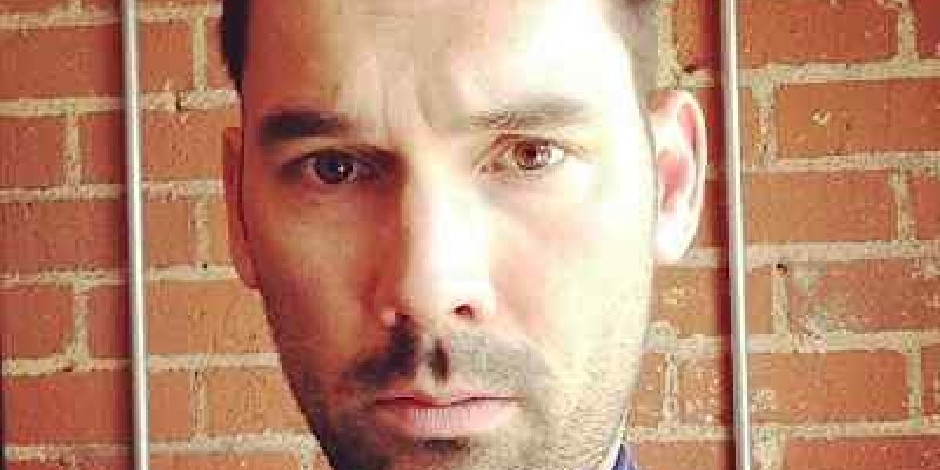 Rick Rose is an American-born Inventor, jewelry designer, and businessman. Similarly, he is also a famous actor, director, writer, and producer who has been working actively in his career since 1999.

Rick Rose, whose real name is Frederick Ferdinand Rose IV, was born on 19 July 1978 in Miller, South Dakota, the USA, as a son of a father, Fred F. Rose III, and a mother, Karen Rose. Currently, he turned into the age of 43, and his zodiac sign is Cancer as per his birth date.

Rick Rose grew up nicely, but he had to face his parents’ divorce earlier. He was raised between South Dakota and Iowa. Later, he moved to Eden Prarie, Minnesota, with his family before his first year of high school.

Rose attended Eden Prairie High School for his education. After that, he joined Boston University from where he had a degree in BA. Further, he also attended the Gemological Institute of America, where he graduated with Accredited Jewelry Professional.

How did Rick start her Career?

Rick Rose has established himself as a successful American Inventor, jewelry designer, and businessman. He had owned Roseark, a jewelry lifestyle boutique that opened with his ex-wife Kathy Rose.

Besides this, he is also an actor who played a role in the American romantic war drama movie “Pearl Harbor” in 2001. The following year, Rick also appeared in the movie “Pranksters”, which he wrote, directed, and produced.

Further, in 2006, he played a role in the movie “Hollywood”, which he wrote, directed, and produced. Additionally, he also directed and produced the film “Addicted State” in 2008. Moreover, he also wrote the movie “Bad City”.

Besides this, he was also married to his first wife Kathy Rose, whose real name is Katayoun “Kathy” Rose, on 7 October 2006. She is also a famous Iranian-American jewelry designer, actress, and entrepreneur.

They also gave birth to their two children. Among them, one is a daughter named Saffron, born in 2006, and a son named Quinn, born in 2008. But their married broke after six years of a marriage relationship. Their divorce was finalized in 2012. So, currently, he is living a cheerful life with his current wife, Kyla.

To talk about Rick Rose’s physical statistics, he has a height of 6 feet 4 inches. Similarly, he is a fit and good-looking man who looks handsome in his dark brown hair and dark brown eyes. Further information has been kept secret as he is a kind of secret man.

Rick Rose is active on Instagram with the tag name (“@_rickrose”) where he has 441 followers and posted 1123 posts. He mostly posted his pictures with his loved ones. He looks very loving and caring person as he takes care of his family properly.

A good-looking, active and talented Rick Rose is a renowned American inventor, jewelry designer, and businessman. Likewise, he is also an actor, director, writer, and producer who has worked on a few movies. Currently, he enjoys his standard life with an estimated net worth of $1 million to $5 million.