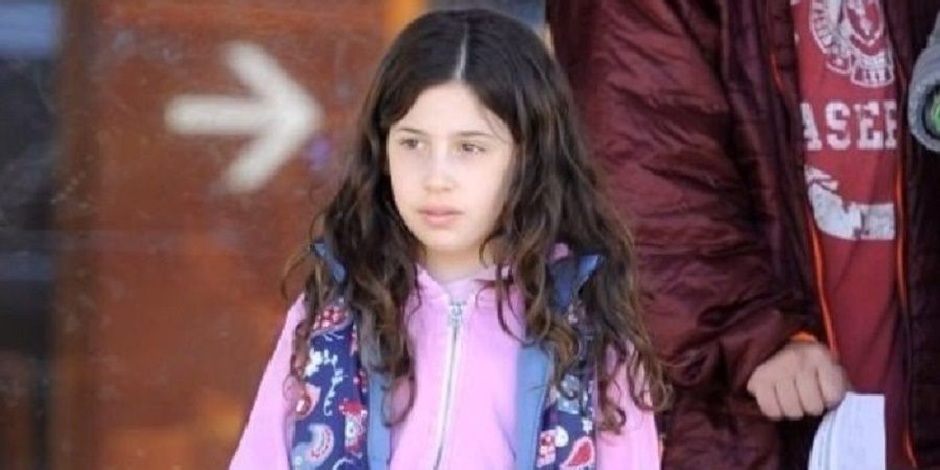 Sadie Sandler is an American actress who is known for her appearance in several movies such a “Bedtime Stories,” “Pixels,” “Hubie Halloween” and voice-over in an animated movie, “Hotel Transylvania” as Winnie.

She is best known as the daughter of a famous American actor, filmmaker, and comedian, Adam Sandler.

Who is the father of Sadie?

Sadie Sandler was born on 6th May 2006 in Los Angeles, California, United States. Her birth name is Sadie Madison Titone-Sandler and she was born to Adam Richard Sandler popularly known as Adam Sandler and his wife, Jacqueline “Jackie” Sandler also called Jackie Sandler. Sandler received her middle name “Titone” from her mother’s previous second name. She is the first daughter of Adam Sandler and has a younger sister named Sunny Sandler who was born in 2008.

Sandler grew up in a luxurious family where she gained fame since her birth. Her family follows Judaism and so does she and her younger sister. Sandler has an American nationality and white ethnicity. She has Taurus as her birth sign.

Sadie Sandler is currently getting her education from Tisch School of the Arts in New York. Since Sandler showed her interest in music and acting just like her father, she is getting her training in acting.

How did Sandler start her Career?

Sandler followed the footsteps of her father and entered the entertainment industry. Her father does not want to force his children into the same field as him. But because of Sadie’s interest in acting, she has already gained recognition as an actress. Sadie first made her appearance in the movie “You Don’t Mess with the Zohan” as the uncredited role and in “Bedtime Stories” in 2008. She has further appeared in many films alongside his father which includes “Grown Ups,” “That’s My Boy,” “Grown Ups2” “Blended,” and many more.

Sadie Sandler is living a luxurious life with her parents in Los Angeles, California. Despite being born to one of the richest actors, Sandler does not seem to have much interest in fame. She is rather simple-minded just like her father. Her father, Adam Sandler is considered to be one of the most generous actors in the entertainment industry. Just like her father, Sadie maintains a low profile.

Sandler spends most of her time with her parents. She has shown her interest in music and has also sung along with their father on many occasions. In October 2019, Sadie has sung the song of Taylor Swift called “Lover” alongside her younger sister and her father as a guitarist in Saturday Night Live.

Sadie Sandler turned 15 years old in May 2021. She is a beautiful girl who maintains a low profile and does not show much interest in makeup and designer clothes. She has curly light brown hair like her mother and brown eyes. Sandler prefers to wear baggy and comfortable clothes rather than makeup, heels, and girly clothes. Her height is estimated to be 5 feet 5 inches tall weighing 44kg. There is no further information regarding her actual body measurements.

Sadie is active on Instagram which was probably opened by her parents when she was 6 years old. Currently, her account is private and has 0 followers. She can be connected through @sadiemadisonsandler. On the other hand, her father who is a famous actor has over 11.8 million followers on Instagram and can be connected by @adamsandler.

Sadie Sandler has an estimated net worth of over $100 thousand as of 2021. She also shares her net worth with her father who has $420 million. Sadie is living a luxurious life in a $12 million mansion in Los Angeles yet maintaining a low-key life.