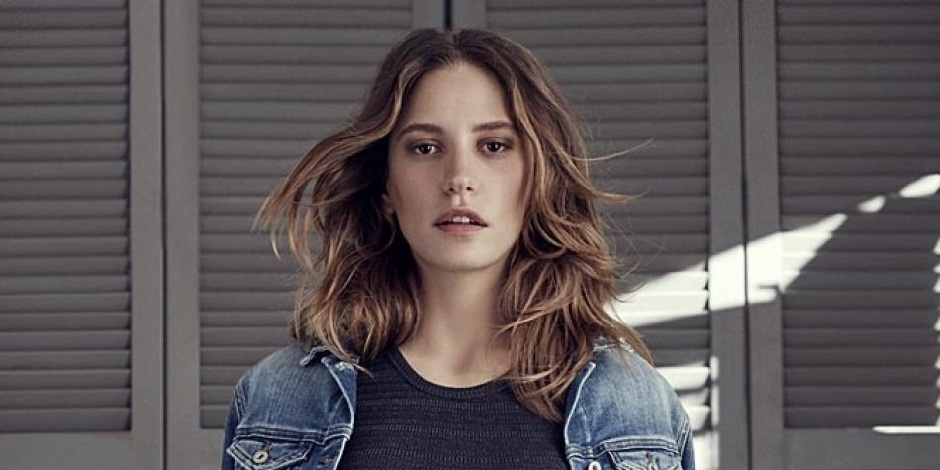 Serenay Sarikaya is a professional actress and model from Turkey who became Miss Turkey runner-up at the age of 19 and later transcended to modeling and acting career. She has been awarded 2 Golden Butterfly Awards and multiple accolades for her amazing performance in the film.

Where was Sarikaya born and raised?

Serenay Sarikaya was born on 1st July 1991 in the capital city of Turkey called Ankara. She is a daughter of Mustafa Sarikaya and Seyhan Umran. After her parents decided to part ways in 1998, Sarikaya grew up with her mother and expressed how sad thing it is to grow up without her father. She then convinced her mother to stay in Istanbul so that she can pursue her acting and modeling career.

Sarikaya belongs to the ethnicity white and she has nationality Turkish. she has a straight sexual orientation and has Cancer as her sun sign. She is 29 years old turning 30 in July of 2021.

Sarikaya possesses a slim body build gifted with 5 feet and 9 inches tall height. She has light brown eyes and hair of the same color. She is known for having high cheekbones and her left cheek’s distinctive brown mole. Being a model, Sarikaya has able to maintain her body really in a top shape

We don’t know anything yet about her diet and workout plans but that doesn’t mean she doesn’t have one. It isn’t possible to possess such a perfect body without a little effort, right?

Serenay Sarikaya received her education from Antalya Saime Salih Konca High School. She doesn’t have any degree yet and it’s probably because she started her modeling career at her early age making her film debut already at the age of 15.

Who is the boyfriend of Serenay Sarikaya?

Serenay Sarikaya is currently single. She was previously in a relationship with Tolgahan Sayisman whom she dated from 2010 till 2012. She then Pamir Pekin for a short period in 2013. In 2014, she was spotted with Turkish actor and singer, Cagatay Ulusoy and their relationship ended the same year.

Starting in 2015, Sarikaya started dating Turkish actor and model, Kerem Bursin ending their relationship. She has been single for a while now and I’m sure a lot of handsome men are batting an eye on her.

Sarikaya currently resides in the largest city of Turkey named Istanbul. Apart from modeling and acting, she loves playing sports like basketball, volleyball, and tennis. She also loves Latin dance.

How did Sarikaya start her Career?

Serenay Sarikaya started off her film career landing a supporting role in a number of Turkish films like Saskin, Plajda, and Nehzat C. Ankara Yaniyor.

She voiced the character Astrid Hofferson in the animated film, How to Train Your Dragon alongside Kit Harington in 2010. Her starring films include Ikimizin Yerine and Bergen: Acilari Kadini.

Serenay received much success after her television debut in 2008. She landed the main role in Turkish tv series like Peri Masali, Limon Agaci and caught international attention after portraying the main role in the tv series, Lale Devri, and Medcezir. Her other tv series appearance is Adanali, Fi, and Marasli.

In 2019, Sarikaya portrayed the main role as Alice in the play called Alice Muzikali.

How many awards has Serenay Sarikaya Won?

Sarikaya was the runner-up during 2010 Miss Turkey. In 2013, she won the Turkey Elle Style Awards for Best Hair Style. As from her successful film career, she earned a total of 9 awards only in 2014 and extra 9 awards in 2015 for her performance in the Turkish teen drama series, Mecezir. The awards were namely GQ Turkey Men of the Year Awards, Istanbul Technical University Awards, Karadeniz Technical University Awards, 3rd Crystal Mouse Media Awards, Istanbul Arel University 4th Media and Art Awards, 6th Quality of Magazine Awards, and many more in 2014 and 2015. She further received 4 nominations in 2016 for her performance in the drama series.

What is the Current Net Worth of Serenay Sarikaya?

Serenay Sarikaya has an estimated net worth of about 5 million dollars as of 2021 and it’s all thanks to her successful acting as well as modeling career. She further earned endorsing the brand Mavi Jeans. For 2 years, she became the face of the brand and appearing in numerous commercials promoting their new collections.

She also endorsed for the hair shampoo, Head & Shoulders, and further appeared in commercials of Turkcell, Blue, and Elidor Express. As of 2021, she is still continuing her acting career actively and we will be witnessing more of her performances in the coming years and without any doubt, her net worth is going to reach its peak in coming years.