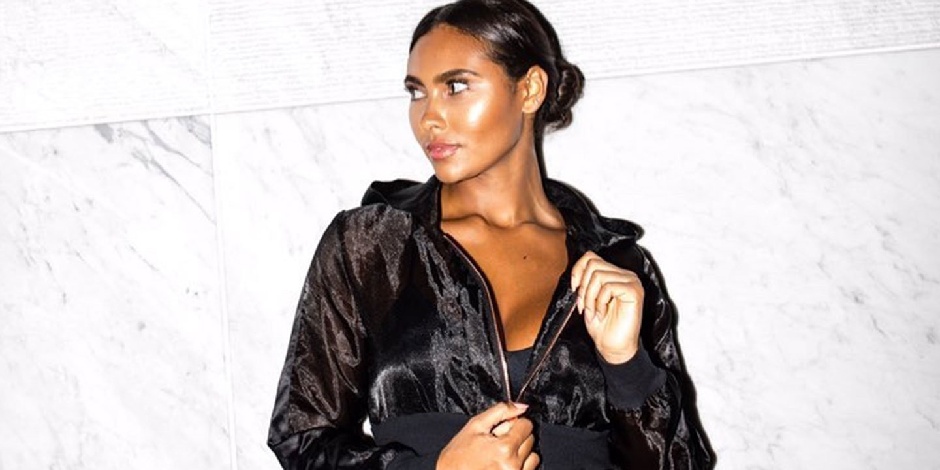 Shaniece Hairston is an American model and social media personality who is popularly known for her appearance in reality television series like The Boris & Nicole Show, Livin’ Lozada, Home & Family alongside Slade Smiley. She is also best known for being the daughter of Evelyn Lozada.

Who is the mother of Shaniece?

Shaniece Hairston was born on 16th June 1993 in a Borough of New York called The Bronx, United States. Her birth name is Shaniece Virginia Sabina Hairston but people call her Sha. She was born to model and American television personality, Evelyn Alexandra Lozada. Her biological father is Jamal Hairston. Her mother has been married to an NFL player, Chad Johnson, engaged to another NBA player, Antoine Walker as well as to MLB player, Carl Crawford.

Hairston has a half-brother named Carl Leo Crawford. She was raised in New York and she has nationality American and mixed ethnicity. She has the birth sign, Gemini.

How did Hairston start her Career?

Shaniece Hairston is a professional model and she has also launched her own brand-named SHA. In 2018, she launched her own yoga collection of mat bags and jumpsuits. Her page has gained over 1.2 thousand followers and 1.1 thousand likes on her Facebook page.

Hairston has also made herself available in reality television shows of which her first appearance was in 2015’s The Boris & Nicole Show. She has then appeared in the series, Livin’ Lozada, Hollywood Today Live, Home & Family, and Hollywood Medium.

Talking about the personal life of Shaniece Hairston, she is doing well in her life. She loves to enjoy vacation, yoga, food, makeup, and clothes. She also owns a pet dog. Her mother was only 17 years old when Hairston was born but that only made their bonds stronger. She currently resides in New York and is busy with her career.

As for the love life of Hairston, she has dated several known American celebrities. She has been in a relationship with singer, Dean Kingston before. She also dated English footballer, Zat Knight for 3 years. In 2018, Hairston was rumored to be seen with American singer and songwriter, Usher. The couple was seen leaving together for American rapper, Sean Combs popularly known as Diddy’s birthday party. Later in the party, she was seen with her best friend Aisha. Not much information has been confirmed since then.

Shaniece Hairston is currently 27 years old turning 28 in June 2021. She is 5 feet 6 inches tall with a slim body build weighing 123 lbs. She has black eyes and brown hair.

Hairston is a health freak and hitting the gym is one of her regular parts of the day. We can see several photos of her doing intense workouts in the gym. She prefers to remain healthy and fit. She also performs yoga and is devoted to it since she was 15 years old.

What is the current Net Worth of Shaniece?

Shaniece Hairston has a net worth of over 3 million dollars as of 2021. She made her earnings out of her modeling career endorsing brands. With her own clothing brand SHA, she is doing quite well and customers are happy with her products. She is living a luxurious life and is always filled with luxury brands like Gucci.